For many aspiring female footballers, Marta is their idol. 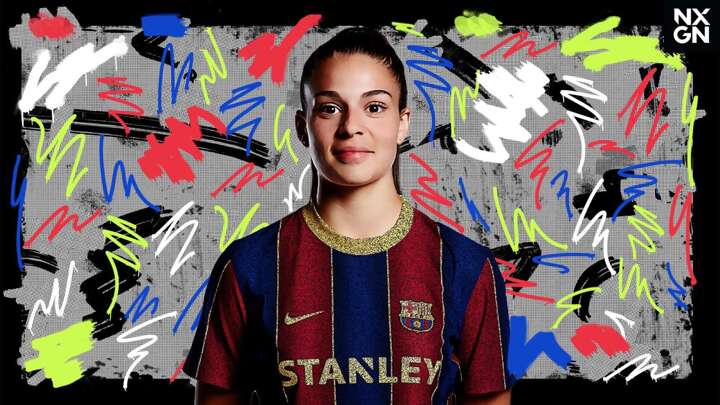 For Giovana Queiroz, though, she has also become a team-mate and, upon receiving her first senior international call-up, a roommate.

“On this list we have Marta and Giovana Queiroz. We have a famous and experienced player, and on the other side probably the future of the team,” Pia Sundhage, Brazil’s head coach, said in October, having called up teenager Gio for the first time.

“I'm excited because she is a great player who plays for a team like Barcelona and can learn from the national team. It will be a great chance for her to live with someone like Marta.”

Fast-forward nine months, and Gio is the second-youngest player at the women’s football tournament at this summer’s Olympic Games. She is an incredible 25 years younger, even, than team-mate Formiga, the oldest player at Tokyo 2020.

It has been a dream path for the forward, who celebrated her 18th birthday just last month, but it was not the only path she could have taken.

Born in Brazil, Gio moved to the United States at the age of four, then moved to Spain when she was 11 years old.

There, she would join Atletico Madrid’s academy, coached by first team captain Amanda Sampedro, before making her senior debut with their city rivals, Madrid CFF.

As her stock continued to rise, it meant the choice of three very attractive national team propositions.

Gio would get a taste for each programme - winning a youth development tournament with the U.S. in 2019, scoring a hat-trick against them a few months later with Spain and then, in the early months of 2020, she was on the scoresheet for Brazil's Under-17s in a friendly against Austria.

In the end, she would choose the country of her birth and, ever since, has repeatedly used the word “dream”, be it in reference to representing Brazil at senior level or playing with Marta, one of her biggest heroes – the other being Lionel Messi, “who should also be Brazilian”, she joked in an interview with Marca.

"In Brazil they have shown me trust and [they] believe in me, and that for a player is very important,” she added.

There has been a lot of hype around Gio for some time now – having made her league debut at the age of 15 in Madrid, that is no shock.

She left the club for Barcelona last summer, the Catalans even paying a fee for her. With transfer fees still new to the women’s game, particularly in Spain, it was an indicator of how highly-rated she had become.

It has not , though, been the easiest first season in Catalunya for the teenager, who was expected to be regularly involved with the first team.

After struggling with injuries at the start of the campaign, she has spent most of the year with the B team, who play in Spain’s second tier, adapting to Barcelona's unique style of play.

Operating as both a winger and a central striker, looking more at home and more threatening in a wide role, she enjoyed a strong end to the season to take into the Olympics.

“At the end, she started to play more and at a better level also, but at the beginning, she started very few matches,” Xavi de la Ossa, who covers women’s football in Catalunya, tells Goal. “Gio is a very fast player and she also has gained a lot of muscle. She has so much ability with the ball and, also, she's an intelligent player.

“I think this year has been very good for her to learn the Barca way. Next year, if she stays here, it has to be the year to step up to the first team. Having learned all the skills and the 'Barca way' things, it's now time to get them on the pitch and to demonstrate to Jonatan Giraldez, the first-team coach, that she is ready to play in the first team.

"It's very difficult to play at the second team of a club like Barca because there's a lot of players with so much talent. Competition is higher and higher every year. It's not easy for players like Gio, but if you want to play at the highest level, you have to be ready to go through situations like that."

Spending her summer in a highly competitive environment, alongside some of the world’s best players at the most prestigious sports event there is will surely help Gio prepare for that challenge.

“Can you imagine having Formiga and Giovana on the same field playing at the same time and exchanging passes?” Sundhage said in a press conference last year, excited about the valuable experience the youngster will pick up while with the national team.

“For me this is really cool. It shows the future of Brazil and at the same time highlights everything we have achieved so far.”