The Frenchman shares a photo taken with the Argentine and his trophy on Instagram. 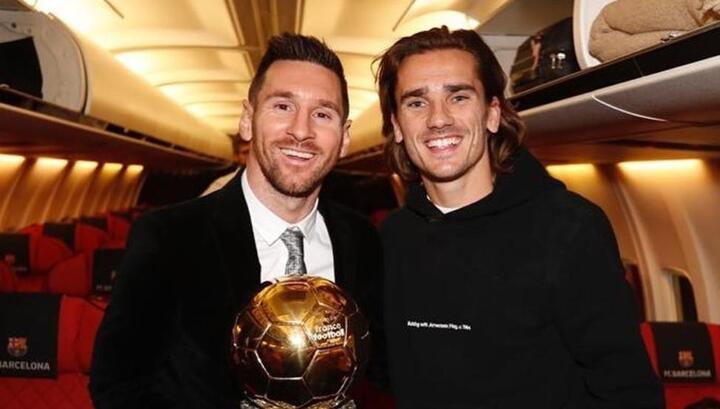 Antoine Griezmann is one of the Barca players that have travelled to Paris with Leo Messi. And as soon as he got on the plane back to Barcelona, the French striker took a picture with the Argentine and shared it through his social networks, with a simple message: "El Balón de Leo", which means "The Ball of Leo".

In this way, both settle all the speculation that has circulated about their relationship. In recent weeks both had shown their good vibes on the pitch and this time they have demonstrated it before taking the plane back to Barcelona.