Manchester City manager is happy that his team restricts opponents to so few chances - but the fact that they keep scoring from them is a huge problem. 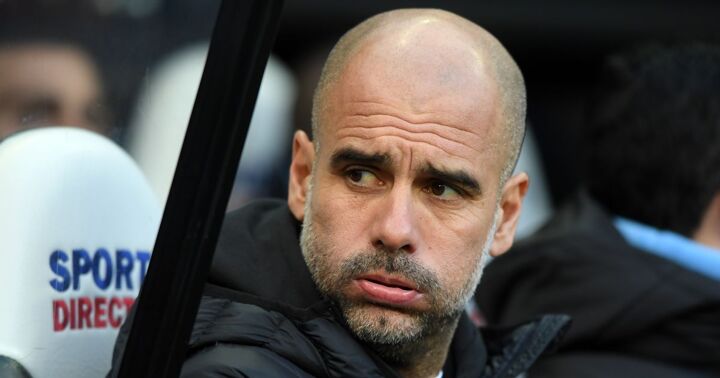 One chance, one goal

Pep Guardiola has repeatedly used the fact that opponents are scoring from limited numbers of chances as a positive for Manchester City, highlighting the fact that the opposition are being restricted by City's possession and pressing game – which is true.

But the negative side of it also needs addressing, especially when it keeps happening.

Last season City lost to an Andros Townsend wonder goal against Crystal Palace – and when that happens you just have to applaud and curse ill luck.

But Newcastle's two goals in Saturday's 2-2 draw were preventable, and the reason opponents are scoring so economically is because the chances created are good ones.

Jonjo Shelvey's late equaliser was a great strike, but his capacity for doing that is well known, so he should never have been given the chance.

And Jetro Willems' goal was preventable with stronger, more vigorous and smarter defending. That needs addressing, or City will keep conceding.

City know what to expect at Turf Moor – an aerial bombardment.

And that will probably mean Rodri is back in the starting line-up, and Nicolas Otamendi too, to add a little more aerial power.

Whether that means Fernandinho stepping out, and John Stones keeping his place, remains to be seen.

Rodri could even play centre back, with Fernandinho resuming his old role in midfield.

Ilkay Gundogan's yellow card at Newcastle means he must serve an automatic one-match ban, having totalled five bookings this season.

The Germany international has started five of the last six games for the Blues, a sure sign of how highly Guardiola values his ability to circulate the ball.

But the fact City have only won one of those, a narrow squeak against Southampton, shows that things have not been as rosy as the manager might think.

Rodri would probably have replaced him anyway, but whether David Silva has the legs to play such a high-intensity game again, just three days after playing 70 minutes at St James', remains to be seen. That gives Phil Foden a sniff.

Guardiola described going to Burnley as a “trip to the dentist” last season – and in sub-zero temperatures and 11 points behind Liverpool, the pain is intensifying.

Three points is a must, especially as Liverpool face Everton in the Merseyside derby the following night, and could leak points.

Gabriel Jesus has missed a penalties for club and country, has not scored for over six weeks and blew his big chance when one-on-one with Newcastle keeper Martin Dubravka on Saturday.

Whatever mental block he has, he needs to shift it, and quickly, because the sharp end of City's attack is looking very blunt at the moment.