Liverpool midfielder Henderson secured the men’s accolade ahead of Raheem Sterling and Harry Kane in second and third respectively. 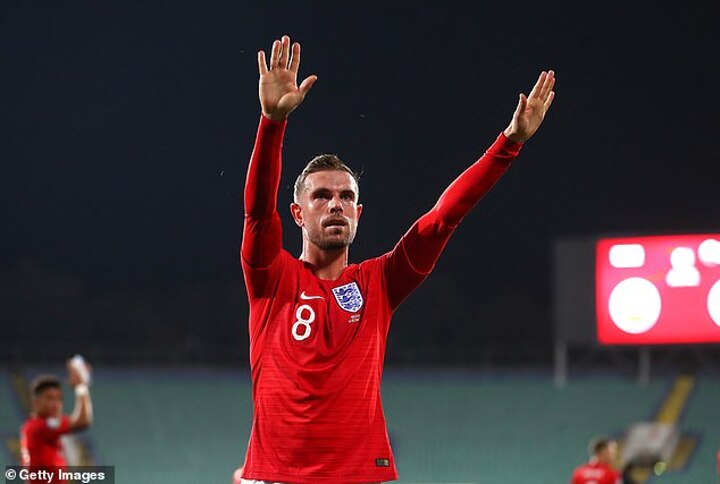 The Liverpool captain enjoyed a solid year for the Three Lions as he passed the 50-cap mark in a 5-1 away win at Montenegro last March and featured regularly under Gareth Southgate in England's Euro 2020 qualifying campaign.

Lucy Bronze took home the women's award, with the Lyon player bagging the honour for the second time in her career ahead of Ellen White.

Liverpool midfielder Henderson secured the men’s accolade ahead of Raheem Sterling and Harry Kane in second and third respectively.

The 29-year-old played seven times for the Three Lions, passing the 50-cap mark during the 5-1 away win in Montenegro in March. Henderson was a pivotal figure in Gareth Southgate’s squad as qualification for UEFA EURO 2020 was secured as well as a third-place finish at the inaugural UEFA Nations League.

The former Sunderland man, who was named as one of the top three midfielders in Europe last season, also enjoyed triple glory for his club by leading Liverpool to the UEFA Champions League, UEFA Super Cup and FIFA Club World Cup.

Both England teams are back in action for the first time in 2020 in March, with the Lionesses heading back to the USA for the 2020 SheBelieves Cup and the Three Lions starting their own EURO 2020 preparations with a Wembley double header against Italy and Denmark.