Former Aston Villa forward Darren Bent has revealed that he would rather have Romelu Lukaku at Arsenal than Gabriel Jesus. According to Fabrizio Romano, the Gunners are still working on a deal to sign Gabriel Jesus from Manchester City in the summer transfer window. 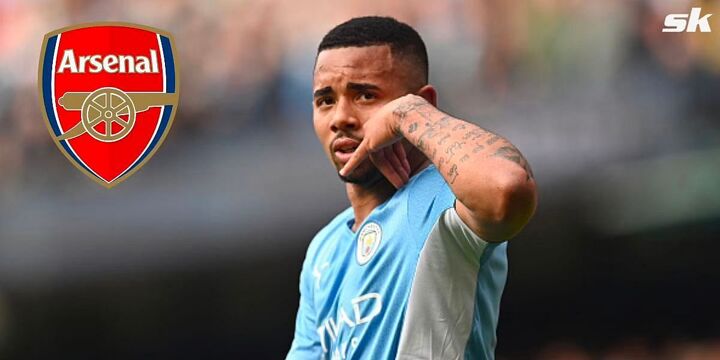 Lukaku, on the other hand, is edging closer to leaving Chelsea after only joining them last summer for a club-record fee of £97.5 million. According to Sky Sports, Chelsea and Inter Milan have reached an agreement over a loan deal. The Belgian forward had an underwhelming last season, scoring just eight times in the league.

Despite not having a great 2021-22 season, Darren Bent still believes Lukaku would be a great addition to the Arsenal squad. The 38-year-old also provides reasons why the Belgian forward is keen on a return to Inter Milan.

Speaking on TalkSPORT, Darren Bent was quoted as saying the following:

“I’d take Lukaku at Arsenal 100%. I’d be over the moon if we got Lukaku. I look at Lukaku and I think he wants to go somewhere where he feels most loved. He scored a lot of goals at Inter [in 20-21] and felt real passion from the fans. The fact he is taking a pay cut, it feels like he cannot wait to get out of this country quick enough.”

When asked whether he would take Romelu Lukaku or Gabriel Jesus at the Emirates Stadium, Darren Bent added:

Arsenal are in need of a new forward ahead of the 2022-23 season. Two of the Gunners' most experienced forwards have left the club over the past two transfer windows.

Former club-captain Pierre-Emerick Aubameyang joined FC Barcelona in the January transfer window. The Gunners are set to lose Alexandre Lacazette to Ligue 1 side Olympique Lyonnais on a free transfer after this month.

This lack of attacking prowess is why Arsenal are in need of a proven Premier League goalscorer.

It is worth mentioning that Gabriel Jesus is not the only attacker the Gunners have been chasing this summer. Mikel Arteta's side have also been linked with a move for Leeds United star Raphinha.

According to The Athletic, however, Leeds rejected the Gunners' offer for the Brazilian international.