Manchester United youngster James Garner believes nailing down a place in the Red Devils' first-team is down to his performances in the preseason. 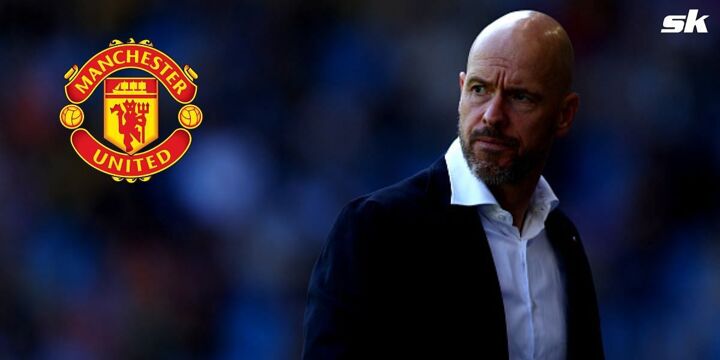 Garner spent the 2021-22 season on loan at Nottingham Forest. The Englishman played a key role as the Tricky Trees secured promotion into the Premier League and caused some major upsets in the FA Cup.

He is currently with England's U21s. The midfielder will return to Old Trafford ahead of the upcoming season and is keen to cement his place in Manchester United's starting eleven. Asked what he thinks the future holds for him, Garner said (as quoted by Manchester Evening News):

"I’m not too sure [what will happen], personally. I’ve not had much time to think. I’ve gone from Championship football straight to international football; I’ve not really had a breather or time to think."

The 21-year-old added that he wants to impress new Manchester United boss Erik ten Hag in the preseason, while stating that next season is "huge" for him:

"Well that’s the plan. That’s what I’d like to do; go on pre-season and impress, it’s all up to me, really. It’s down to me as a player to impress him and hopefully make a mark. It’s huge [next season]."

"I feel like last season my career has only just started, I’m still young, just turned 21 couple of months ago. I’ve had such a good season this season, with the national team and at club level as well. As you said, it’s very important now to hopefully play in the Premier League next season."

The Manchester United youngster made nearly 50 appearances for Forest during the recently concluded season and believes it has helped him develop his game:

"I think I’ve come on leaps and bounds this season. Played a lot of games, 50-plus now, so I’ve developed a lot physically, which was the question I was asked - whether I’d be able to play, whether I’m ready physically."

"I just feel like, before I went on loan, there were questions of am I physically ready to compete, to play first-team football, and I believe that I’ve shown that this season. Not only playing a lot of games but how I’ve held my own in such a tough league and men’s football, you know. I think I’ve shown that."

On loan from Manchester United, Garner played 49 times across all competitions for Forest last season. He recorded four goals and 10 assists as they finished fourth in the Championship and made it to the quarterfinals of the FA Cup.

Garner has notably made his debut for the Red Devils as well. He came on as a substitute during a Premier League clash against Crystal Palace in February 2019. The midfielder then played four UEFA Europa League games as well as once apiece in the Premier League and the EFL Cup in the 2019-20 season.