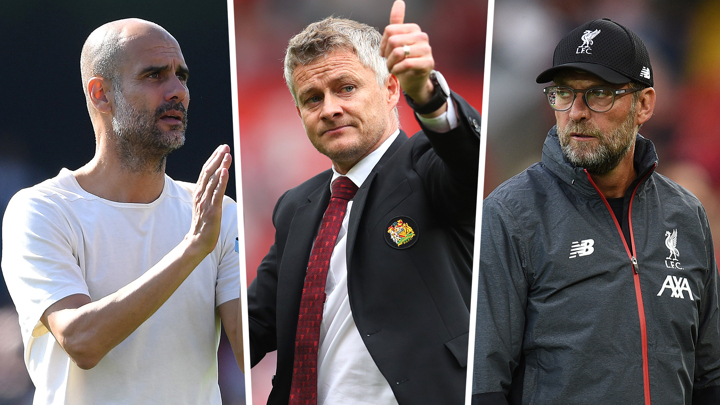 Bookmakers are already offering a market on which team will finish highest in the Premier League outside of Manchester City and Liverpool. They have been since the summer, such is the untouchable nature of the top two.

Over at Manchester United, Ole Gunnar Solskjaer has long been warning of the task facing any side hoping to challenge for the title this term.

“I don’t think we’ve got the consistency to do it,” the Norwegian publicly admitted in April, while privately he is believed to have written off this campaign as nothing more than a platform for his long-term rebuild.

Few onlookers would predict anything but a City-Liverpool 1-2 in the title race, and nobody in their right mind would expect a United side who were so far off the mark under two different managers last term to be jostling for either of the top two spots.

So, why has United’s start to the current season left so many people startled? 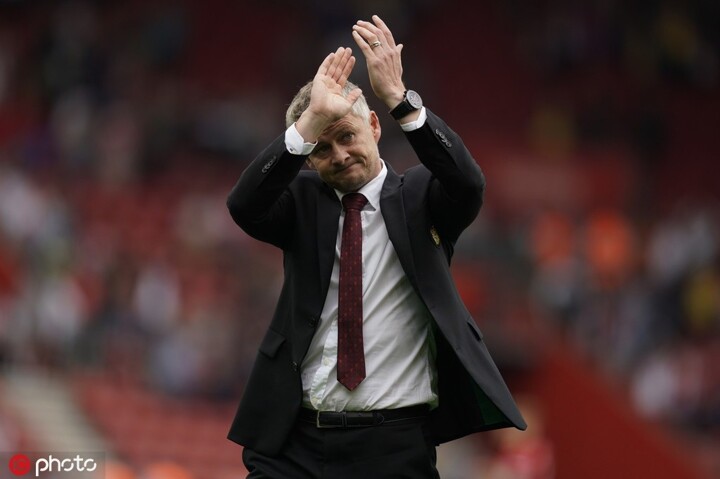 United look like a side with an idea as to the type of style they want to play, with a mix of young, bright talents who are destined to be a part of the club for years to come, and other, more experienced names looking to prove they still have something to offer as the Red Devils move into the next phase of their redevelopment.

That is exactly where United are as a club, and that much has been obvious for more than four games.

While there was little to take from the home defeat to Crystal Palace, there were truly positive signs from their games against Chelsea, Wolves and Southampton. At Molineux, in particular, they turned in a great first-half performance, with only a lack of a killer instinct in the final third letting them down.

Yet some sections of United support – most notably online – seem to want Solskjaer to be relieved of his duties.

The club finally looks to put together a long-term plan built around the key fundamentals of life at Old Trafford which they seem to have lost sight of in recent times, and there are some people who want rid of their manager just four games into his first full season? Brilliant!

Such observers clearly have forgotten what it took for other leaders to get their house in order. So many hark back to Sir Alex Ferguson between 1986 and 1990, and the early struggles which so nearly saw him booted out of United shortly before his hard work started to pay dividends with the most glorious era English football has ever seen.

But there are more obvious recent examples too. Jurgen Klopp arrived at Liverpool in October 2015 and took a long time to get his all-round vision into place. 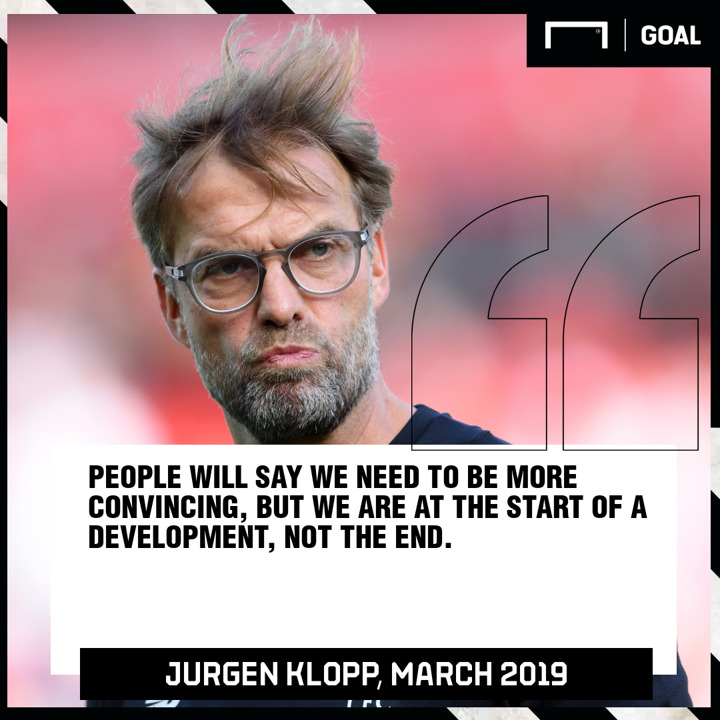 The Merseysiders finished eighth, fourth and fourth in his first three campaigns. Having quickly thrown together a positive attacking unit, it took him a number of years to get defensive systems into place.

“People will say we need to be more convincing, but we are at the start of a development, not the end,” he even claimed after a narrow win at Fulham in March 2019. But when Solskjaer says similar less than nine months into the job, he seemingly gets laughed at by doubters.

At Manchester City, he had a club practically built in his vision before he had even arrived, with former Barcelona allies Ferran Soriano and Txiki Begiristain having spent the previous four years putting together a similar blueprint to the one which had seen the manager make history at the Camp Nou. 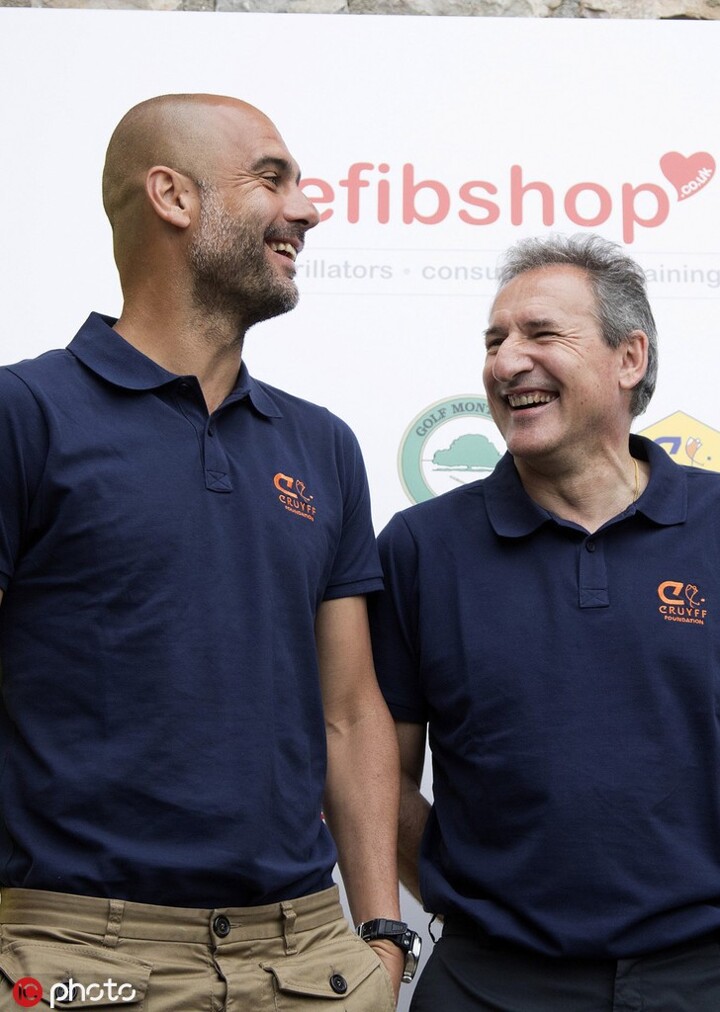 Yet City struggled in Guardiola’s first campaign in England, finishing 15 points behind champions Chelsea and with only three to spare in the race for Champions League football.

He was by no means an instant success, and it was only when he had had three transfer windows to effect further change to a squad already developed for him that City became the unstoppable force they are now known to be.

While nobody is comparing Solskjaer to Klopp or Guardiola, the Norwegian should be given no less leeway as he attempts to drag his club off the canvas. He has clear principles which he has only just begun to inject into the squad.

“I want my team to be the hardest-working team in the league," he stated. "That’s what we were under Sir Alex; that’s what we’ve always been.”

He has the commitment to build a culture at Old Trafford. 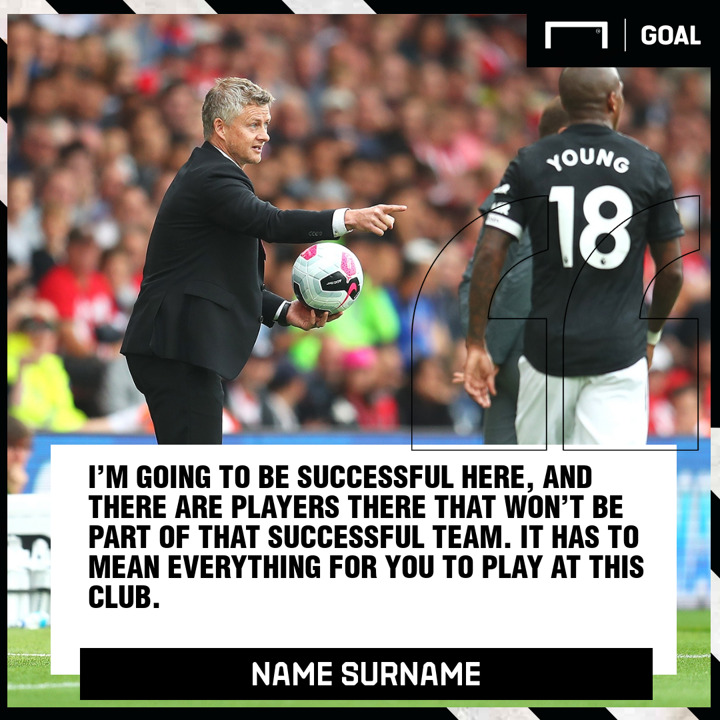 “I’m going to be successful here, and there are players there that won’t be part of that successful team," he acknowledged. "It has to mean everything for you to play at this club.”

So, now the thing he needs more than anything else is the time to get the job done.

David Moyes, Louis van Gaal and Jose Mourinho have all seen their spells at United cut short in recent years, and another aborted mission will only leave the club in an even bigger hole. The last thing they need is so-called fans expecting the moon on a stick in five seconds flat.

Liverpool and City already occupy the top couple of positions and it would surprise nobody if that remains the case over the next 34 rounds. United are three points off the pace in the ‘league without City and Liverpool’, and that is hardly crisis territory.

Solskjaer, like Klopp and Guardiola before him, deserves the opportunity to develop his vision over time. Only then can the success of his regime be judged.

As for those calling for his head after four games... they are no Manchester United supporters.