Inter booked their place in the quarter finals of the Coppa Italia with a late goal from Romelu Lukaku in extra time against Fiorentina. 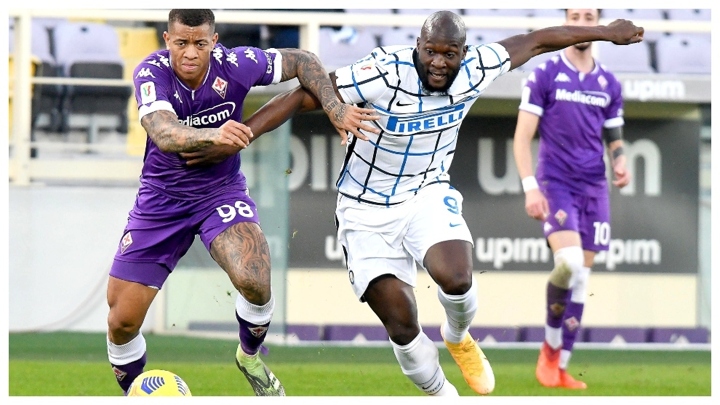 The 2-1 victory for Antonio Conte's men sets up a mouth-watering quarter final with rivals AC Milan, after the Rossoneri defeated Torino on penalties on Tuesday.

The first half of the encounter was a tale of two penalties. VAR came to Inter's aid in the 37th minute, as Fiorentina goalkeeper Pietro Terracciano was adjudged to have fouled Alexis Sanchez.

Arturo Vidal smashed the ball down the middle to give Inter the lead, and to open his personal account with the club.

While VAR intervened to award one penalty, it would soon step in to rule out another. Christian Kouame fell inside the area but, after review, Milan Skriniar didn't make contact with the Fiorentina player and was therefore overturned.

Kouame would eventually manage to pull his side level however, as the Ivorian made the most of a defensive error on 57 minutes and fired the ball beyond Samir Handanovic from the edge of the box.

With the two sides inseparable over 90 minutes, another gruelling half an hour of extra time would have to be played.

And just when it looked as though the game would be decided on penalties, Lukaku was left inexplicably unmarked in the box to head home his 17th goal of the campaign and send Inter through to the quarters.