Joe Cole has heaped praise on Chelsea midfielder Mason Mount after his superb performance in the side's 2-0 Champions League win away at Porto on Wednesday. 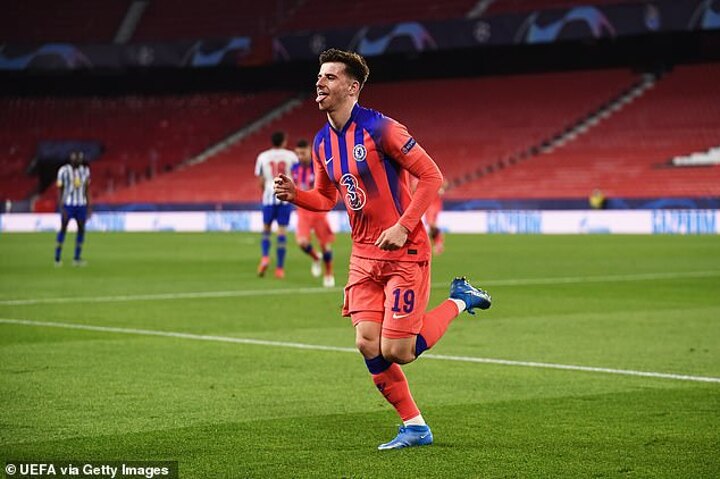 Mount netted for the first time ever in the competition after a sumptuous turn, flicking Jorginho's firm pass round the defender marking him with wonderful improvisation before driving the ball low into the bottom corner.

The 16-cap international was highly prized by boss Thomas Tuchel's predecessor Frank Lampard, but since the German came in has made himself integral to the Blues. 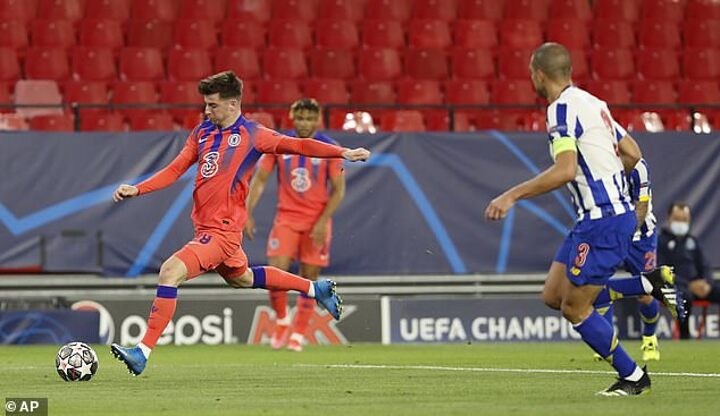 And former Chelsea midfielder Cole hailed his performance on BT Sport after the match.

He said: 'He's a manager's dream, he has the natural ability to impact a game.

He does the tactics to a 'T' off the ball, in the difficult spell just before Tuchel came in, he stood up, he is a leader.

Fellow pundit Rio Ferdinand added: 'It was a beautiful first touch from Mount. What I like about Mount is his movement off the ball and getting beyond defenders, he will get more opportunities if players pick out his runs.

Ex-England midfielder Glenn Hoddle also praised the 22-year-old: 'He is mature, he knows how to play different positions, a top quality player. The skill for the goal, he put himself in with one touch, his next touch, he drills it in.'

Next up Tuchel's side travel to Crystal Palace on Saturday before hosting Porto looking to defend their two-goal lead in their quarter-final second leg on Tuesday.