Barely eight months ago, James Justin was staring at his team-mates on a nearby pitch at Leicester’s training base desperate to regain full fitness so he could join them. Now his eyes are on far loftier prizes. 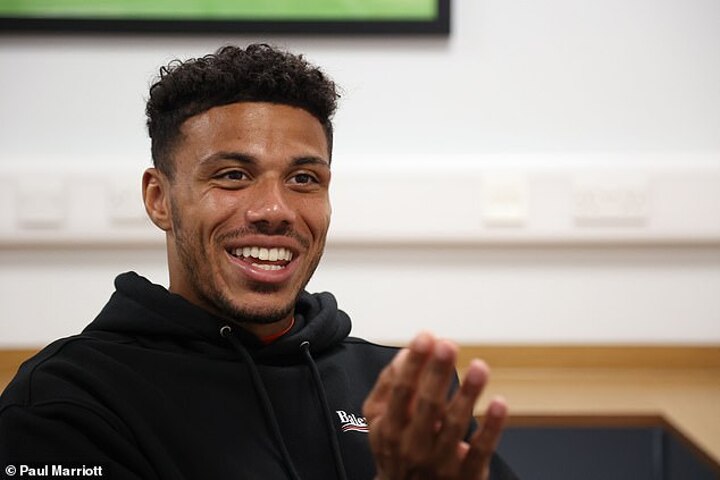 After scaling parts of Mont Blanc during their pre-season training camp in Evian, Justin is convinced Leicester can once more reach the heights of 2020 and 2021, when they secured consecutive fifth-placed finishes and won the FA Cup. He is also targeting a place in England’s World Cup squad.

Since they made history at Wembley last year, things have been a little more difficult for Leicester. Brendan Rodgers’ team rallied to end last season eighth yet despite the manager’s call for new signings, they are the only club in Europe’s top five leagues still to bring in a senior player this summer.

Chelsea have bid for Wesley Fofana and Newcastle for James Maddison, while long-serving captain Kasper Schmeichel has joined Nice, leaving with Leicester’s blessing.

To make matters worse, Ricardo Pereira will be sidelined for at least six months with a torn Achilles, while Harvey Barnes will miss the opening weeks of the campaign with a knee problem.

Yet Justin, who Rodgers said last season was worth £50million, has a defiant message for those who doubt Leicester. After Sunday's season opener against Brentford, three of their next four fixtures are against Arsenal, Chelsea and Manchester United.

If the prospect of losing key players is worrying supporters, then Justin’s response should encourage them. 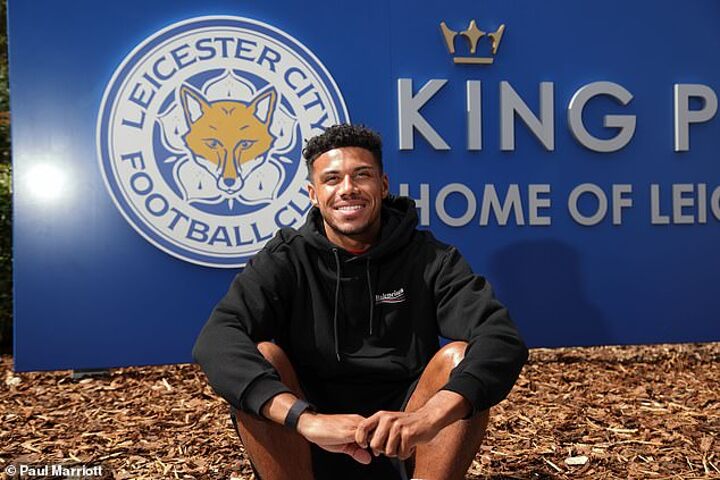 Speaking to Sportsmail at King Power Stadium moments before attending a ceremony for Buddhist monks to bless the pitch, he said: ‘We’ve got so much talent in and that’s why you see these numbers being thrown around.

‘It’s a testament to the players we have that these teams want them. Hopefully, we can keep everyone together. If not, we have to live with it, move on and do what we have always done in the past.

‘We’ve lost big players before, like when Ben Chilwell moved to Chelsea (in summer 2020) and when Harry Maguire joined Manchester United the year before.

‘We didn’t do too badly after that and we have to keep moving forward. If players do leave, we wish them the best, then focus on ourselves. 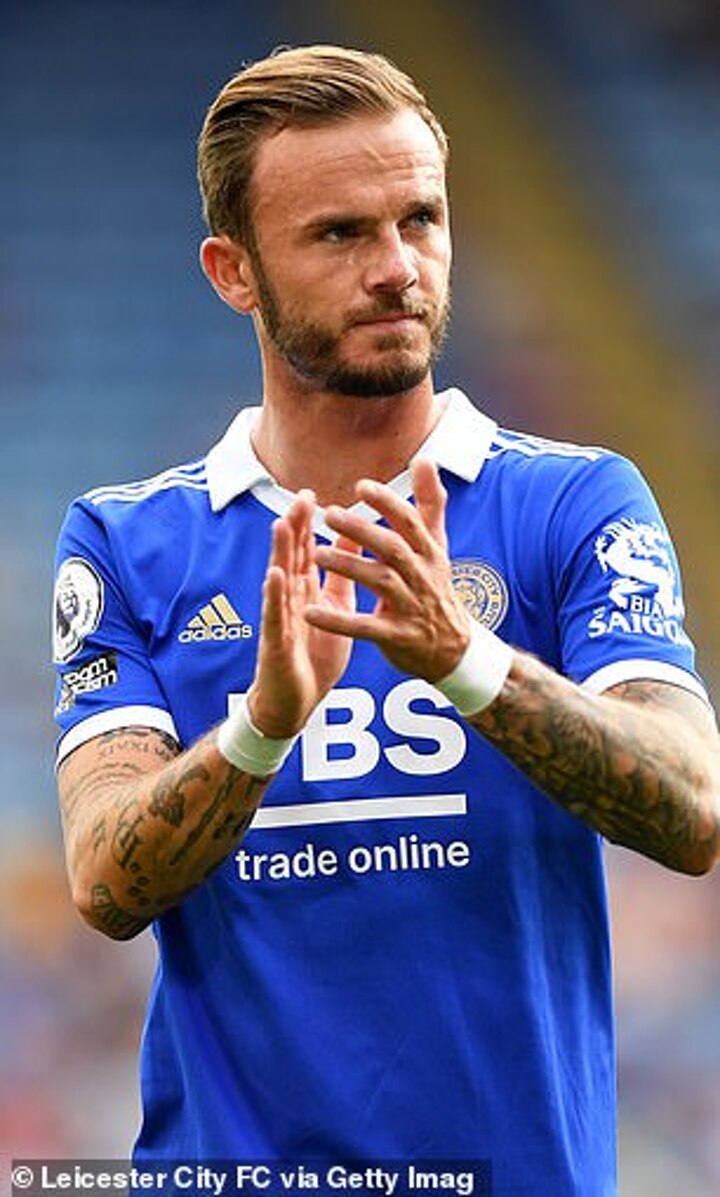 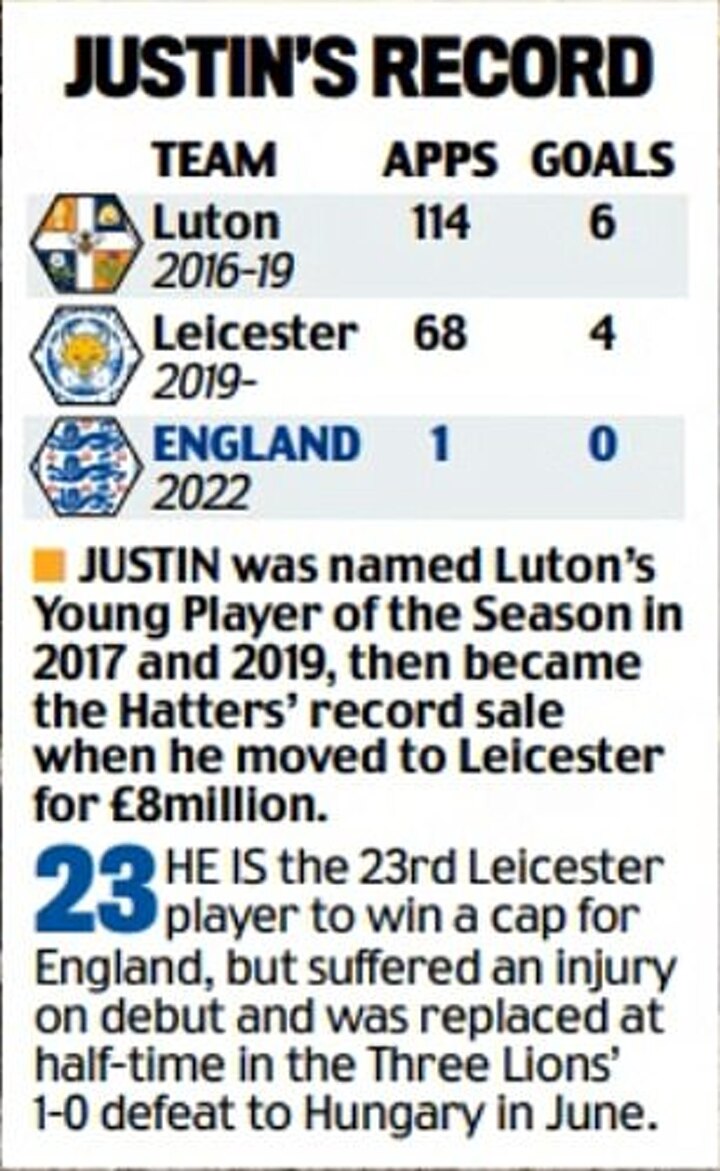 ‘We play some top teams in the early part of the season but we match up well against those teams and know we can get points from them. They might have star individuals but you can’t think they’re better than you and you can’t crumble under the pressure.

‘The time in Evian really helped ignite that spark. During pre-season we’ve spent a lot of time together and laid down the groundwork, as we did during my first season. It’s about togetherness, unity and respect.

‘You can’t be afraid to tell someone when they’ve done something wrong, but tell them in the right way. More importantly, if you’re on the receiving end, take it the right way. Don’t be an arm-thrower.’

These values are similar to those promoted by Gareth Southgate, who is a huge fan of Justin. The England manager admires the attitude and versatility of the 24-year-old, who can operate at full back or wing-back on either flank, as well as on the left of a back three.

Southgate even said Justin would have been included in his squad for last summer’s Euro 2020, had he not sustained the knee injury in February that ruled him out for nearly a year. 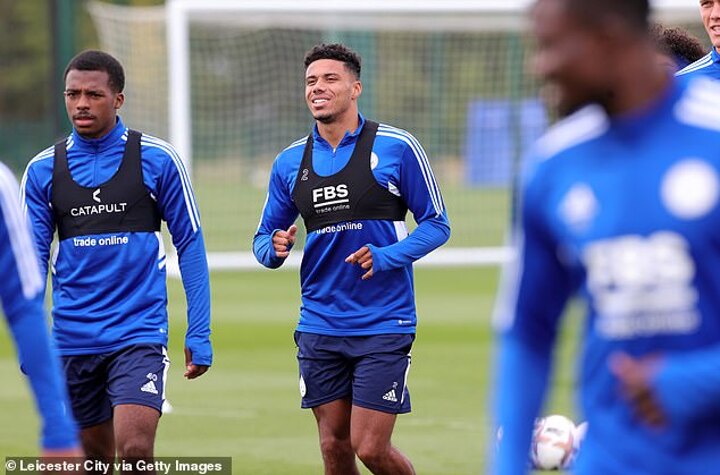 ‘It was a bit bittersweet,’ said Justin, who eventually made his full debut in the 1-0 defeat in Hungary in the Nations League in June.

‘But it gave me that extra fuel to come back well and push on from where I had left off.

‘I feel like I’ve done that but there is more to come. Hopefully we start the season strongly and it gives plenty of us a chance to get into the squad. That’s what everyone wants and by playing well and elevating our game, it would help Leicester as well.

‘The level is so high and so intense in England training. Then when I found out I’d be winning my first cap, it was one of those moments to take a deep breath. When you’re out there singing the national anthem, there’s nothing like it.’

Justin has not taken the easy route to the top. He made his first start for Luton, then in League Two, as an 18-year-old in an League Cup tie against Aston Villa and recalls being ‘booted in the air’ by senior pros in training who did not take kindly to a teenager doing ‘something a bit cheeky’ on the ball. 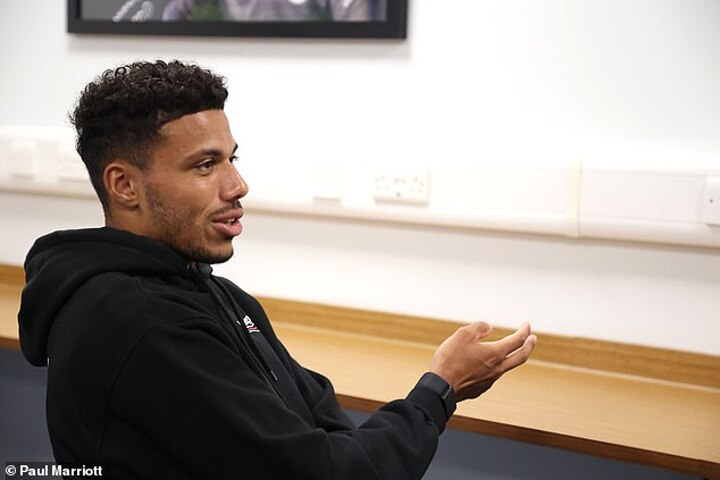 When he moved to Leicester in June 2019, Justin was largely kept out of the team by Pereira and Chilwell and when he did get his chance towards the end of that season and in the following one, grounds were empty due to the pandemic.

Then came the knee ligament damage in a FA Cup victory over Brighton in February 2021, which halted Justin’s progress abruptly.

The injury meant he was only a spectator for one of the greatest days in Leicester’s history, when they defeated Chelsea in the FA Cup Final.

‘One of the hardest times was when I was almost there in terms of fitness,’ Justin recalled. ‘I’d be doing my rehab on one pitch, and the team training on another, so I’d catch glimpses.

‘I’d try to focus on myself but it’s impossible. You are always going to look over and stare for a bit because you’re just waiting to be there.’

Justin is glad to be at the centre of things once again.