Fresh from agreeing a contract extension, the Polish striker has reflected on how he would like his Allianz Arena exit to play out 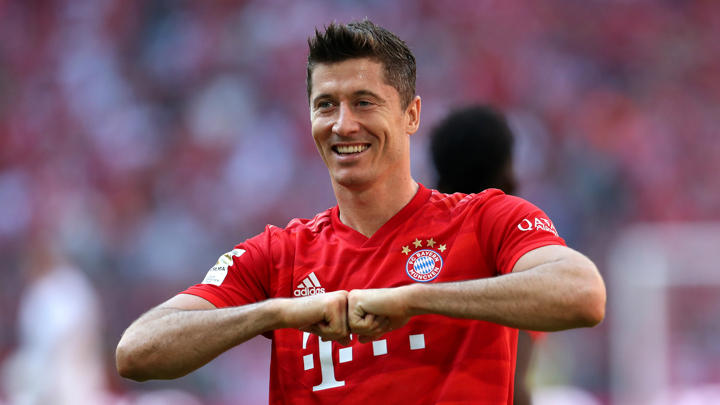 Robert Lewandowski hopes to have won the same level of respect as Arjen Robben and Franck Ribery when his time comes to leave Bayern Munich.

"To have that goodbye is definitely a dream of mine," Lewandowski told Sport1.

"I'm not yet thinking of leaving, but to be honest I almost had tears in my eyes when saying goodbye to them.

"The experience was not only a nice moment for Ribery and Robben, but also for us as team-mates. To have such a nice farewell is something special."