Jurgen Klopp has no plans to go back on his word and buy a new player even though Liverpool begin the season with a mini injury crisis. 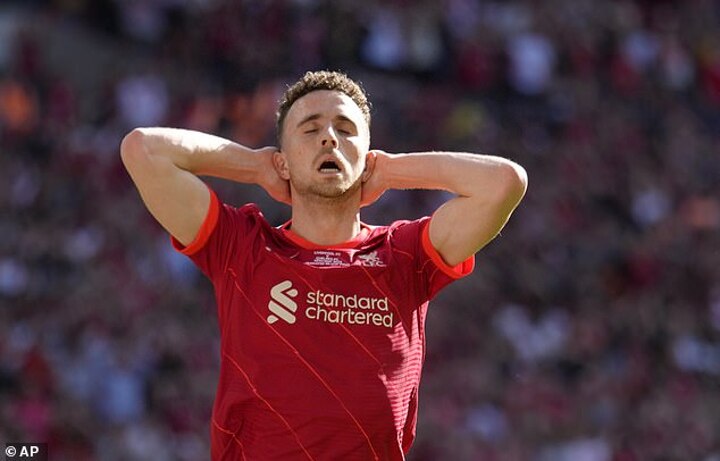 Liverpool face Fulham on Saturday and will be without six players - including defender Ibrahima Konate and forward Diogo Jota.

Konate could be facing more than a month on the sidelines while Jota, who this week signed a new contract, is not yet in full training. 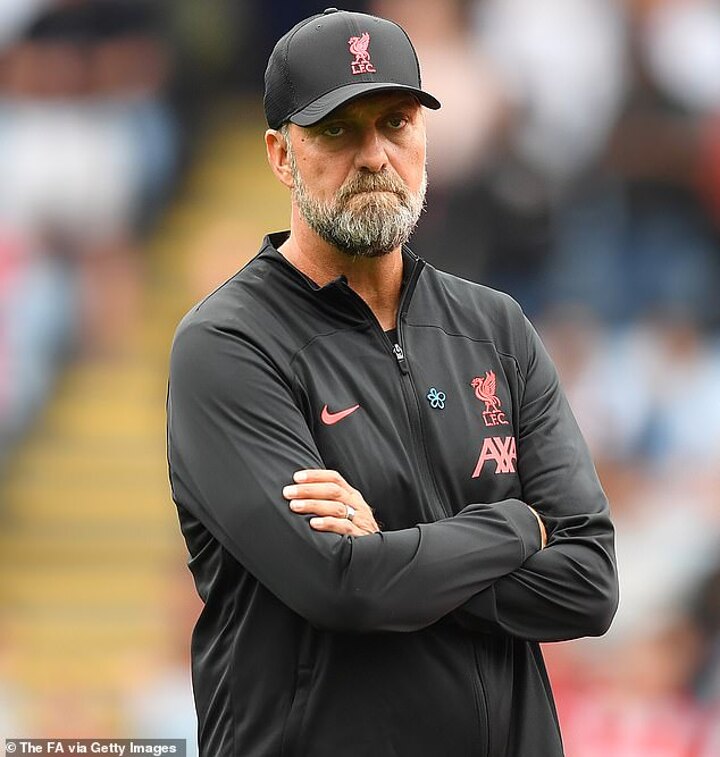 Konate's injury means Klopp will not allow Nat Phillips - the £12million-rated centre back who is a target for Fulham - to leave yet.

However, Liverpool's manager does not believe the solution to his problems will be found in new recruits.

'We have too many injuries, that's true,' said Klopp. 'But in the moment nothing has changed (in terms of new signings).

'(It) started with Caoimhin (Kelleher) and Diogo, pretty much one was injured and one had a re-injury. 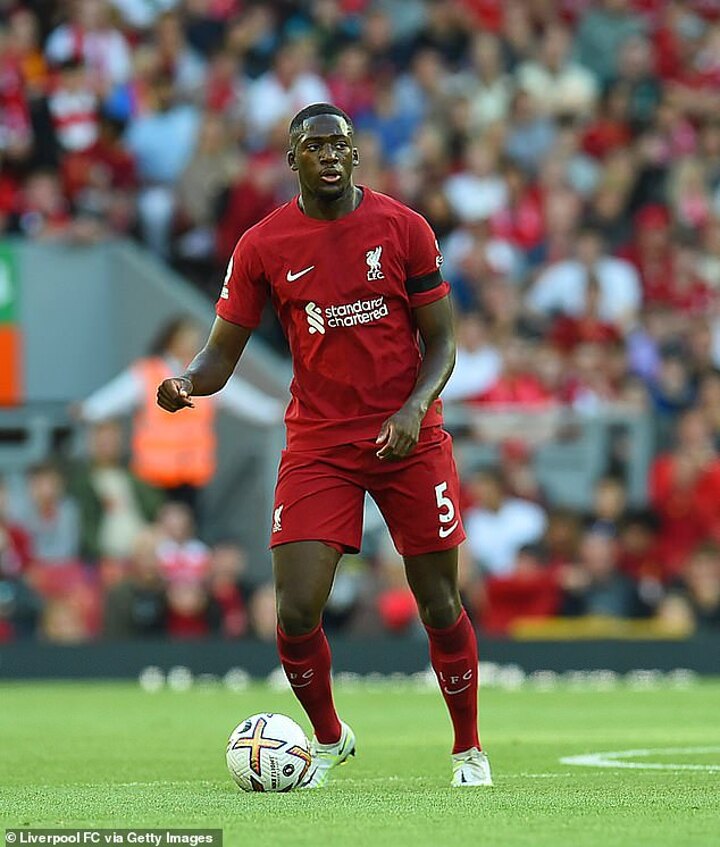 'With Diogo it was slightly too early, in a few weeks' time they will be back, but they've missed pre-season and that's not cool.

'Ibou (Konate) in a challenge in the game against Strasbourg, what happened there we have to see how long it will take but he's out for a while. Alex Oxlade-Chamberlain, too.

'Kostas (Tsimikas) is out on the pitch now and he might be ready to train next week. Curtis Jones — we caught it early but still have to be careful.'

It has been argued Liverpool need a midfielder, but Klopp said: 'We cannot solve a problem we have for four weeks with a transfer for a year.  But the window is still open and we will see. But the plans are not to go in that direction.'