You are always learning at Liverpool, especially when you choose to eat your lunch next to Mo Salah. 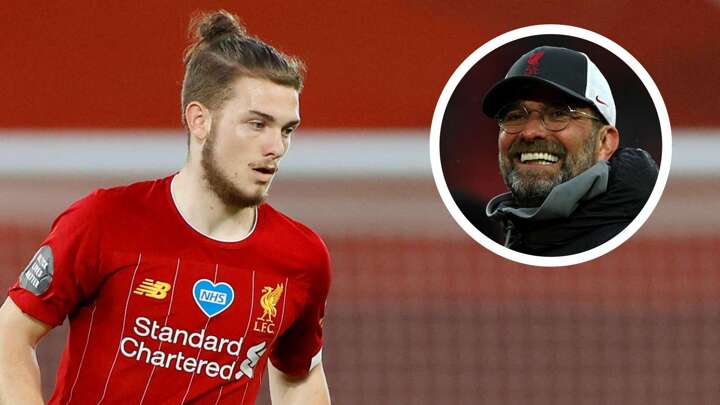 Harvey Elliott would vouch for that, the teenager having recently discovered just how switched on the Reds’ 'Egyptian King' is when it comes to diet and nutrition.

“They were sitting together in the dining area,” he said, speaking from the club’s pre-season training camp in Austria.

“Harvey had some bread and some fruit on his plate, and Mo asked him how many slices of bread he’d already had that day. Harvey said one and Mo told him to only eat the fruit!

“Harvey told me, ‘I’m always learning from these guys!’”

The tale says plenty, both about Salah’s mentality and his often overlooked qualities as a team-mate, but also about Elliott and his desire to soak up information from senior players, as he bids to establish himself as a first-team regular at Anfield.

Having only turned 18 in April, time is very much on his side in that regard. Elliott, indeed, has already made nine senior appearances for Liverpool, and was part of the squad which won the Premier League, the UEFA Super Cup and FIFA Club World Cup in the 2019-20 season.

Still, this feels like a big summer for him. Having impressed on loan at Blackburn Rovers in the Championship last term, the question now is can he take the next step? Can he, as a teenager, force himself into Klopp’s first-team plans for the forthcoming season?

He certainly has the talent, and those who have worked with him speak glowingly about the youngster’s attitude and application too. “A diamond,” one source calls him.

This is a player with gifts, but one who wants to earn everything that comes his way.

“It’s not going to come around and be given to me,” Elliott said recently. “I need to work hard for it.

Liverpool’s staff have certainly noticed the difference in him this summer. Elliott returned to pre-season training earlier than many of his colleagues, working with Barry Lewtas’ Under-23s squad at Kirkby for a week before heading to Austria with the seniors, and he looks leaner, fitter and sharper than he did this time last year.

Elliott featured in the second of Liverpool’s 30-minute mini-games against Bundesliga side Stuttgart on Tuesday, playing as an attacking central midfielder in a team which included the likes of Salah, Sadio Mane, James Milner and new signing Ibrahima Konate.

Even in a mid-table team, Elliott clocked up strong numbers at Blackburn last season. In terms of goals, assists and chances created, his was an impressive campaign for one so young.

Of more interest to Klopp and his staff, though, was the fact he started 31 times, that he made 42 appearances in all, and that he did so while playing in a variety of different roles.

Loans are about learning, about development and improvement. Elliott certainly improved at Ewood Park, whether playing in his ‘natural’ role on the right wing, out on the opposite flank, as a roaming No.10 or, as he did for Liverpool against Stuttgart, as a hard-running No.8 in a 4-3-3 system.

These things are important for any young player, but especially for one hoping to play regularly under Klopp. Versatility is valued highly at Liverpool, and Elliott has it, to go with his undoubted talent.

He cites Milner, who like Elliott made his professional debut at 16 but is still going strong at 35, as an example to be followed.

“He can literally play every single position on the pitch,” Elliott said. Milner, he added, has been a huge influence, both in terms of specific advice and pointers, as well as the relentless standard he sets each day in training.

As far as Liverpool are concerned it is a question of when, not if, Elliott becomes a first-team regular. They have high hopes for a number of young players at the club, but none are viewed like he is.

He is the jewel in the crown, a player who, like Trent Alexander-Arnold and Curtis Jones before him, can save the club millions going forward.

As Klopp said recently when discussing the youngsters at Liverpool's pre-season camp; “most of these players were not in the same place like Harvey is at that age.”

Patience will be needed, mind you. Elliott still, after all, has to get past the likes of Salah, Mane and Diogo Jota to play out wide, while Klopp still has a plethora of midfield options to choose from. Further arrivals are anticipated before the transfer window closes, too. A club like Liverpool can rarely afford to wait.

But Elliott is in the conversation, for sure. He has put himself there through his talent and his dedication. He signed a new five-year contract recently, and Liverpool are prepared to give him every chance this summer to show he is part in the here-and-now, as well as the future.

The suspicion, less than two weeks into pre-season, is that he will do just that.

“You can see last year really worked well for him,” said Klopp. “Now let’s make the next steps together.”