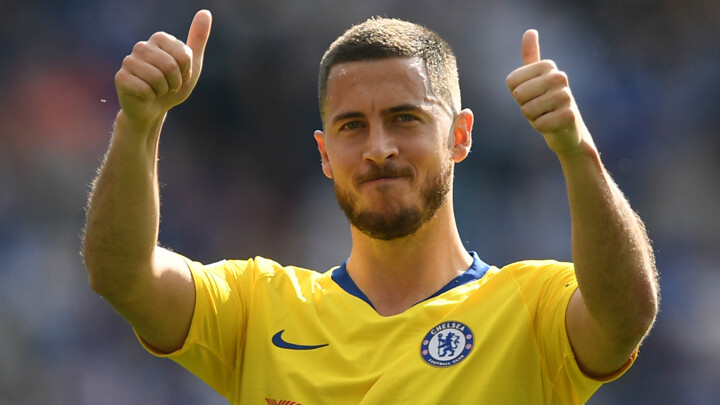 "I've been singing that to his face, in the dressing room!" Loftus-Cheek told Sky Sports .

"I'm sure everyone at the club wants him to stay – players, fans, staff, management included.

"He's such a talent and a player who has contributed to the club massively over the last seven years, the titles he has helped the club win. Everyone has enjoyed watching him play over the past seven years.

"I'm sure the club thanked him for what he's done and if he does decide to move on then I wish him all the best."

Chelsea defender David Luiz echoed Loftus-Cheek's call for Hazard to stay, while comparing the forward's predicament to his own when he left Stamford Bridge five years ago.

The Brazil international spent two seasons at Paris Saint-Germain in the middle of his two spells at Chelsea, and he hopes people would show Hazard the same respect he received when he left.

"I want him to stay also, of course," said Luiz. "He's a great player, I want him to play with the best. I think he has to decide.

"I decided for myself when I left Chelsea for PSG. It was not easy for me, but it was a decision I took in the moment because my contract was finished.

"I was trying to feel a different challenge, and everyone here was respecting that, so I just respect Eden also.

"He has to decide for himself. He's a great player, a great friend of mine. I just wish him all the best, but I hope he can stay with us."