The World Anti-Doping Agency (WADA) has been forced to issue an apology and pay 'substantial' damages to former Liverpool defender Mamadou Sakho after winning his libel case on Wednesday. 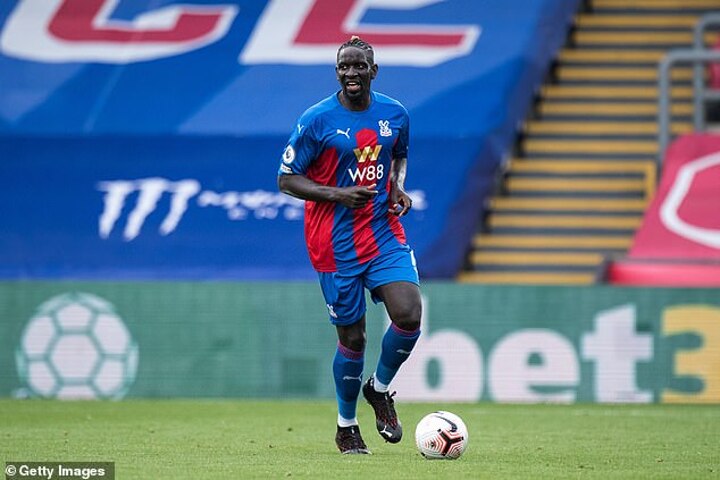 The French defender, now at Crystal Palace, was suing for £13million and also sought an apology over his drugs ban in 2016 because of 'defamatory' emails sent by WADA that Sakho believes cut short his time at Liverpool under Jurgen Klopp.

Sakho, 30, was suspended from football in April 2016 after testing positive for a fat-burning substance called Higenamine following a Europa League tie with Manchester United.

During the investigation it was decided he would not play for Liverpool and was later hit with a provisional 30-day suspension that saw him miss the remainder of Liverpool's season, as well as, he claimed, a place in France's Euro 2016 squad.

However, his ban expired after the initial 30 days because Higenamine was found not to be on the list of banned substances before UEFA threw the case out in July 2016.

Sakho was then found not guilty a year later with UEFA fiercely critical of WADA because they were unclear over whether Higenamine was a banned substance.

WADA hit back against UEFA, saying in a statement at the time that Higenamine 'does indeed fall within the S3 class of the Prohibited List' but did not appeal against UEFA's decision to clear Sakho at the Court of Arbitration for Sport.

A spokesperson said: 'Higenamine has been considered prohibited ever since the 2004 Prohibited List, however it was expressly named (for the first time) on the 2017 List as an example of a selective and non-selective Beta-2-agonist.

'With regards to the case of Mamadou Sakho, WADA, with the support of its List Expert Group, thoroughly reviewed the full case file along with recently published articles on Higenamine.

'WADA supported the List Expert Group's unanimous view that Higenamine is a Beta-2-agonist and does indeed fall within the S3 class of the Prohibited List. It was decided, however, after careful review of the specific circumstances of the case, that WADA not lodge an appeal.'

But on Thursday, WADA's lawyer made a humiliating apology in open court and, while details of any financial settlement remain private, The Telegraph claim the fee is 'substantial'.

'WADA accepts that it should not have made the defamatory allegations it did in the First Press Statement and the Second Press Statement given that Mr Sakho had been acquitted by UEFA.

'WADA accepts that Mr Sakho did not breach the UEFA Anti-Doping Regulations, did not cheat, had no intention of gaining any advantage, and acted in good faith.

'WADA regrets the damage the defamatory allegations caused to Mr Sakho's reputation and the distress, hurt and embarrassment caused to him.

'To indicate the sincerity of this apology, WADA has agreed with its insurers to pay Mr Sakho a substantial sum of damages. WADA has also agreed to bear Mr Sakho's reasonable costs.'

Sakho and his lawyers were arguing that his earnings as a player and the worth of his personal brand were severely reduced by his move away from Liverpool.

But WADA previously denied they were responsible for his transfer, which they claimed was in reality caused by 'disciplinary issues' and a 'personality clash' with Klopp.

Other disciplinary issues, including events leading to his being sent home from a pre-season tour, also played a part in ending his career at Liverpool, WADA's lawyer cited.

Sakho made 80 appearances for Liverpool before leaving for Crystal Palace for £26m in 2017 after a successful loan spell. He has since played 74 times for Roy Hodgson's side.