There was a noticeable absentee as Manchester City’s players bounced down the steps of their parade bus around the back of the town hall on May 20. 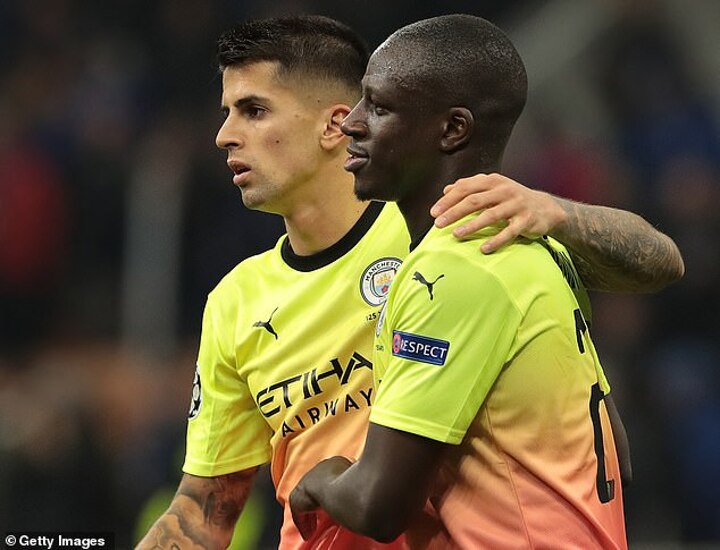 Benjamin Mendy, once the most expensive full back in history, was in Barcelona having keyhole surgery on his left knee. The left back had started just one Premier League game since November and merely watched on as City thrillingly held off Liverpool’s challenge.

Mendy’s battles have summed up Pep Guardiola’s constant quandary in the full back positions since he arrived at City, an area his gameplan relies upon so heavily.

Guardiola often asks his full backs to move into central midfield when possession is on the other flank. He needs them to be intelligent and adaptable. He needs their width to stretch packed defences.

Mendy was an essential part of his plan, someone who could run down the left and allow Raheem Sterling to move inside, but injuries have curtailed him.

Last season the physical setbacks took a mental toll on the usually carefree Mendy. The issue was so severe that bending his left knee became almost impossible. That was the case in April when, in frustration at injury forcing him to miss the trip to Fulham, Mendy was spotted clubbing and publicly rebuked by his manager.

Guardiola often says that City have acted ‘without a left back for two years’. Given how much emphasis he places on full backs, it makes their triumphs all the more striking.

Mendy has only started 17 league games in two-and-a-half years since his £52million move from Monaco. He is yet to lose in any of his 31 appearances for the club. City have nursed him back after a summer spent rehabilitating and there is hope the 25-year-old has turned a corner.

That, among other financial reasons, is why City turned away from a deal to sign Ben Chilwell from Leicester earlier in the year. Angelino re-joined from PSV Eindhoven as third choice instead. They are keeping an eye on the transfer market.

Despite spending £200m on full backs in Guardiola’s time at the Etihad Stadium the situation is far from perfect. On Sunday, he has big calls to make against opposition he seems to have tried every conceivable combination against.

Cancelo overtook Mendy as the game’s most expensive defender last summer, joining for £60m from Juventus. But he has made just three league starts this season. Danilo went the other way for £34m.

Cancelo flourishes going forward and some believe he will eventually usurp Walker, although the 29-year-old Englishman is stronger defensively.

Walker is best when raiding, as he did when scoring the winner against Southampton last week, but coaches are still working on his distribution.

When Guardiola arrived he had aging full backs in Kolarov, Clichy, Sagna and Zabaleta and knew that part of the squad needed an overhaul. Three years on, he’s still searching.