Paris Saint-Germain are 'facing history' should they manage to overcome a first leg deficit against Manchester City to reach a second successive Champions League final. 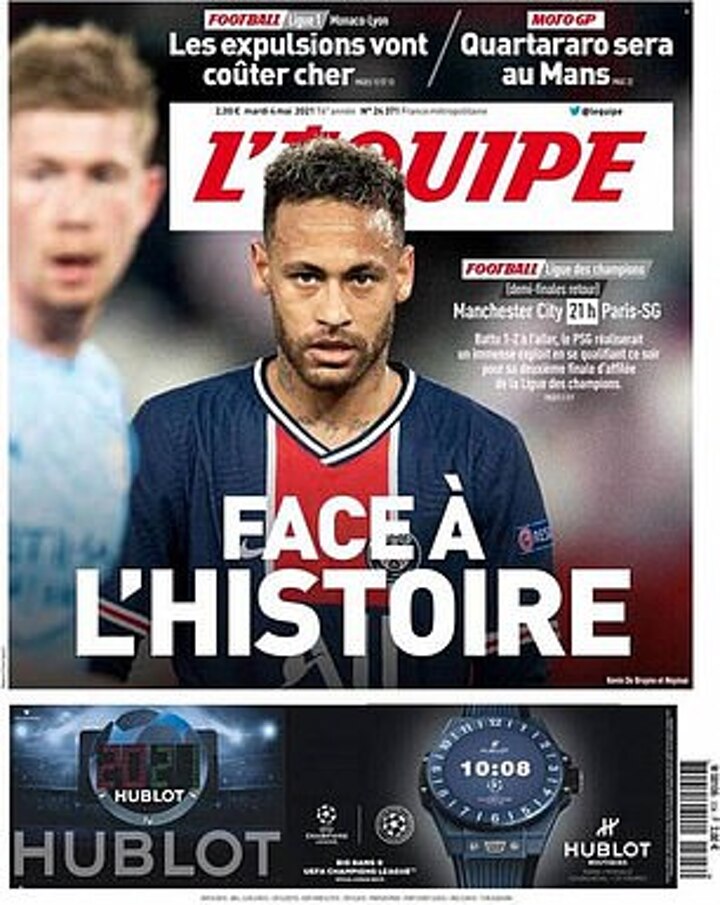 The Ligue 1 giants are currently trailing Pep Guardiola's men 2-1 ahead of their clash at the Etihad on Tuesday, leaving them to pull off another masterclass away from home to beat the odds.

And it's not just the club's fanbase that has their support for the game at the Etihad.

French news outlet L'Equipe have also offered Neymar and Co a number tips on how to exploit City's weaknesses before the two meet again for a spot in the Istanbul showpiece.

After Marquinhos broke the deadlock from a corner during the first leg, L'Equipe are now urging PSG to play to their strengths and 'attack the box' during corners while targeting City's defensive weak link in Joao Cancelo.

L'Equipe pointed out how Guardiola puts Kevin de Bruyne at the near post while Cancelo was placed at the far post, which allowed Angel di Maria to find Marquinhos during a corner for the Brazilian defender to emphatically head home. 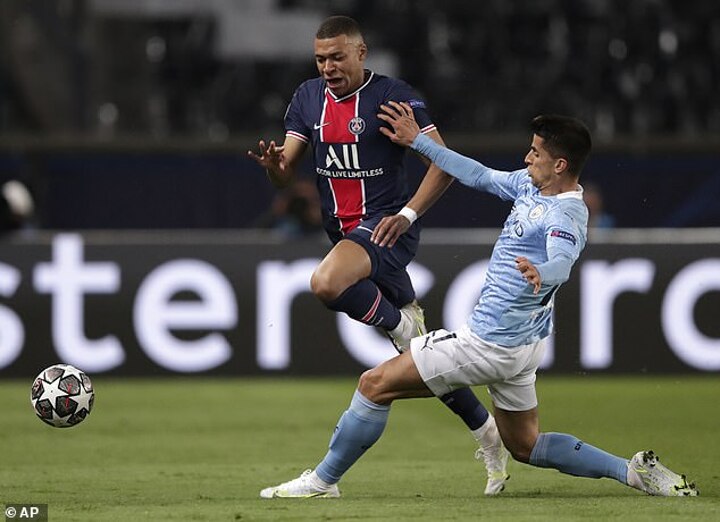 The French newspaper wrote: 'There is no question of trying to reproduce the same pattern and for good reason: Kyle Walker on the other side (of the box), is a much better competitor in the air than Cancelo.'

While City managed to get two crucial away goals at the Parc des Princes, PSG have been urged not to panic about the current scoreline, given they produce their best performances away from home this season.

PSG have lost eight times at home already this season, with Marseille, Lyon, Monaco, Nantes and Lille all beating them on their own patch in Ligue 1, while Manchester United, City and Bayern Munich have come away with victories when they've visited the Parc des Princes. 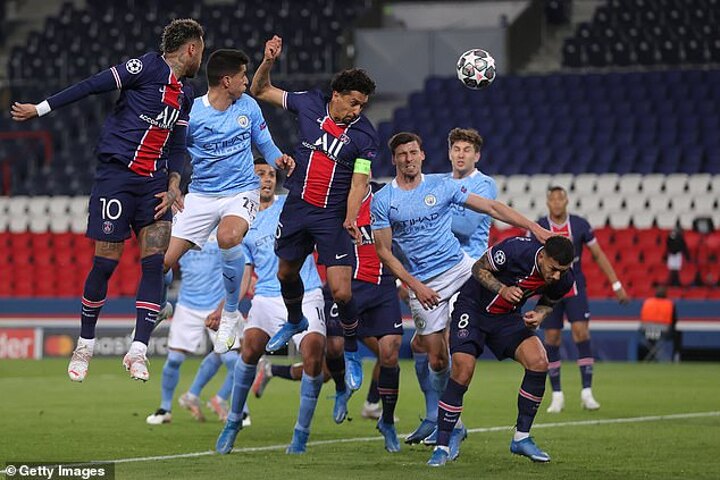 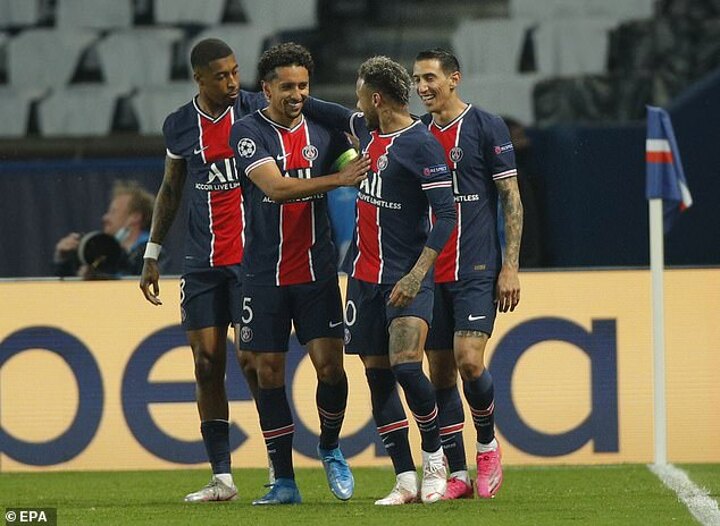 L'Equipe recognises that the ground in the French capital is no longer a fortress for PSG but their convincing away performances this season will see them push for domestic and European glory once again this season.

PSG, who have beaten United, Barcelona, Bayern on the road in the Champions League this season, have been urged to live up to their impressive home record once more if they are to reach this season's final in Turkey.

The French side will also be spurred on by the fact Kylian Mbappe is fit for the tie at the Etihad after he trained with the side on Monday evening.

Pochettino will wait until later on Tuesday evening before deciding if the forward can feature. 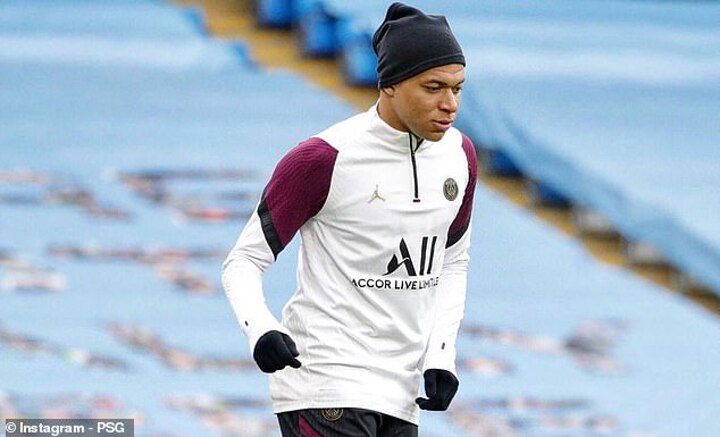 Pochettino said on Monday: 'We need to assess Kylian, he's going to start the individual training sessions and see if he can be with the team in the end.

'I think there is still one day and we still didn't decide if he's going to be available or not to play. We will take the decision on Tuesday.'

City boss Pep Guardiola is certain the 22-year-old will make it: 'He's going to play,' he said. 'And I'm looking forward to him playing.'