Manchester United have been dealt a blow to any hopes of landing Barcelona outcast Ivan Rakitic in the January transfer window. 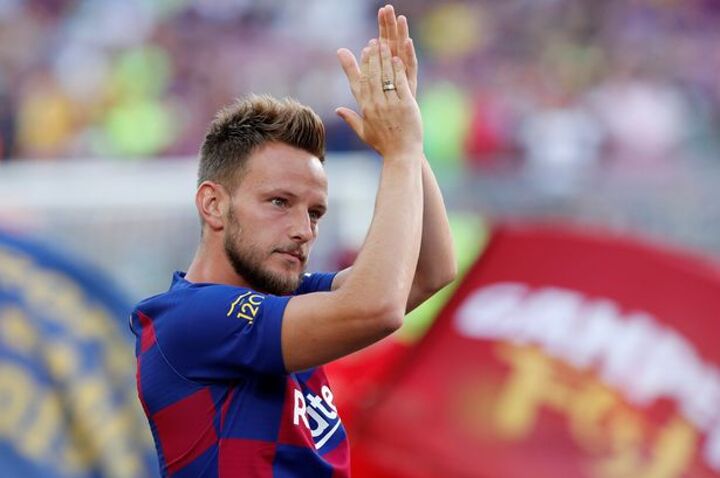 United have been linked with a move for midfielder Rakitic - with Barcelona reportedly having rejected a £13m bid from a Premier League club last month.

Rakitic, who joined Barcelona from Sevilla five years ago, has fallen out of favour at the Nou Camp following the summer arrival of Frenkie de Jong.

And in quotes attributed to the 31-year-old he reeled off a couple of possible transfer destinations - but without referring to United.

"I would be happy to return to Sevilla," said Rakitic in quotes reported by Carrusel Deportivo.

"My idea is to continue. If I can play there is no better place right now than Barcelona."

Rakitic has previously been tipped to join Manchester United , with Serie A clubs such as Inter Milan and Juventus also believed to be keen.

But an approach from a side in England fell well short of Barcelona's £30m valuation of the 31-year-old, according to Sport last month.

Rakitic looks set to exit the club either in January or the summer as the club face the need to bring in over £100m in sales by the end of June to balance the books.

Barcelona sporting director Eric Abidal insists Rakitic's omission is a football choice and that he knew before the season he would be out of Ernesto Valverde's plans.

Rakitic has played over 200 games for Barcelona since his 2014 move from Sevilla.

He has also won over 100 caps for Croatia, including playing a key role in their World Cup semi-final win over England last summer in Russia.