Man Utd have been urged to 'stir it up a bit' with rivals Man City by signing their wantaway winger Leroy Sane. 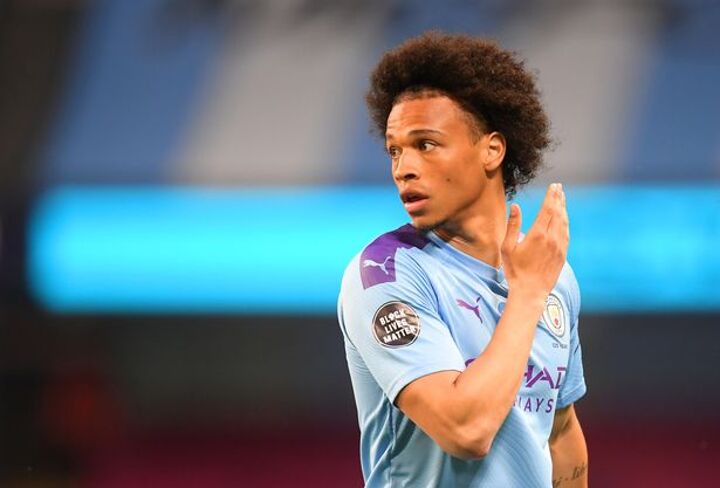 The German international is hopeful of sealing a move elsewhere this summer, with Bayern Munich favourites for his signature.

City boss Pep Guardiola admitted earlier this month that Sane had no interest in extending his contract at The Etihad - which expires next year - and the club will now look to sell the 24-year-old.

United have not been linked with Sane as they continue to focus their efforts on landing Borussia Dortmund's Jadon Sancho.

But with a £100million price tag on Sancho's head, former Man Utd striker Dwight Yorke has told his old club to consider an approach for Sane instead.

"United has got a real good attacking bunch of young players," Yorke said to Stadium Astro . "Add in Sancho, I like the boy Sane. If I was to airdrop, the boy Sane at City I really do [like].

"We haven't got a left-footed sort of winger. The boy [Mason] Greenwood is coming to the fore recently but I like Sane.

"I really do think this kid is probably the quickest out of all them as well and he's really got a good attitude.

"I know he's got some injuries but if I was brave, if I was Man United manager at this point in time that's the type of person I would go for."

United boss Ole Gunnar Solskjaer has revealed he is in the dark on how much money he will have to spend in the transfer market this summer.

The club's executive vice-chairman Ed Woodward has previously conceded it won't be "business as usual," putting a deal for Sancho in doubt.

Sane is valued consierably lower than the Dortmund ace given his contract situation, but City would do their utmost not to sell to their biggest rivals.

Nevertheless, Yorke still feels Sane has one advantage over Sancho and would at least offer a great back-up option.

"He's had a couple of years in the Premier League, I've watched him very closely, he's a player that I like a lot," Yorke added.

"The boy Sancho is obviously up there as well but if you can't get him why not be brave and go for a player who's played across next door and cause some stir, just stir it up a little bit. That's what I would do."