Manchester United's FA Cup quarter-final win over Norwich on Friday night was the most-watched football match in the UK since the sport's return. 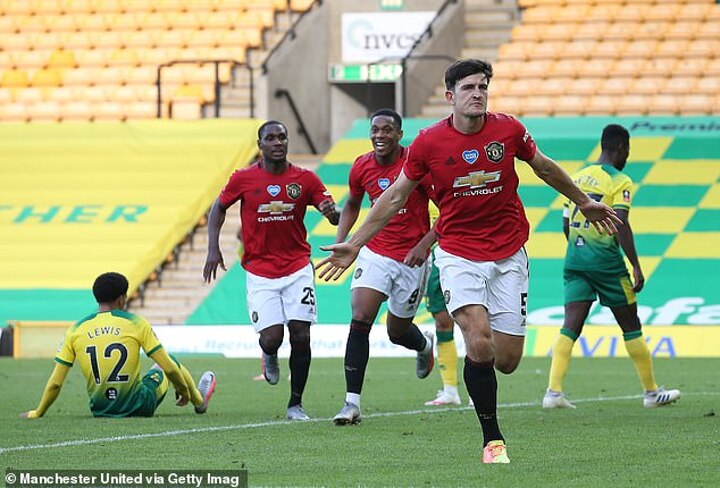 A peak of 6.4million viewers tuned in to watch Harry Maguire seal their Wembley spot in extra-time with United's second in a 2-1 victory.

There were 1.7m BBC online stream requests for United's victory at Carrow Road which saw Odion Igahlo give the visitors the lead before Todd Cantwell scored to take the game to extra-time.

The overall figure tops the Merseyside derby which was watched by 5.5m viewers in the UK on June 21 and set a new Premier League record.

That match was broadcasted on Sky Sports and on Pick TV on free-to-air television.

City's triumph over Newcastle, a day after their rivals progressed, was watched by 5.1m.

The Red Devils will face Chelsea and City will play Arsenal in the semi-finals which will be played on July 18-19. 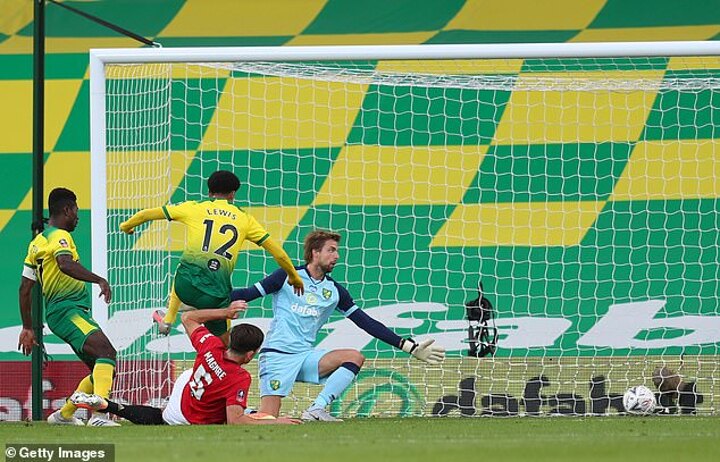 Those fixtures are exepected to overtake Friday's figure as well as the FA Cup final which will start on August 1.

Bournemouth's defeat to Crystal Palace on June 20 saw 3.9m people tune in as the game was broadcast on BBC One.

That figure equates to a 24.5 per cent share of Saturday night's TV audience and the match brought in an average viewership of 3.6m. 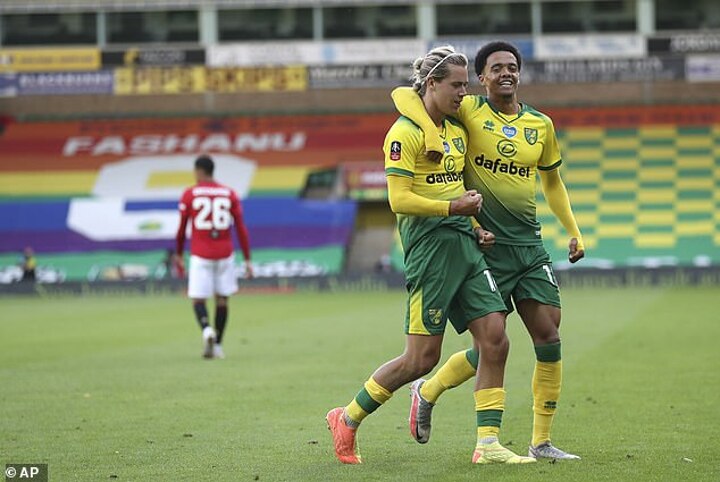 The return of Premier League football last weekend also ensured Match of the Day was back in its traditional Saturday night BBC One slot. The highlights show pulled in a peak TV audience of 2.7m.

As part of the UK Government’s demand for a third of the remaining top-flight games to be shown free-to-air, the BBC will broadcast two other matches.

The next match being Southampton against Manchester City on July 5.