Manchester United will give Anthony Martial as much time as possible to prove his fitness for Sunday's top-of-the-table showdown with Liverpool at Anfield. 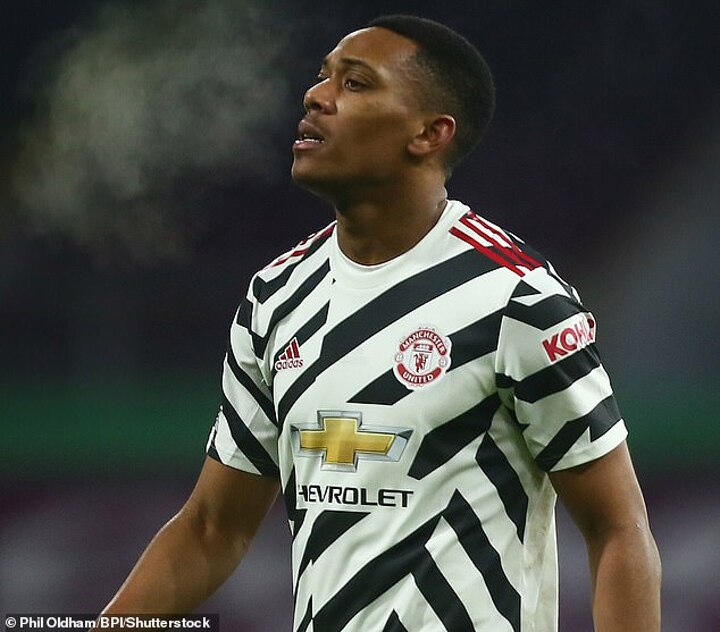 The 25-year-old appeared to hurt his hamstring as he attempted a shot at the end of United's win at Burnley on Tuesday night and was immediately replaced by Axel Tuanzebe.

Club sources say the injury is not as bad as first feared and Martial was moving freely after the game, but the Frenchman will be assessed on Thursday morning after the players were given Wednesday off. 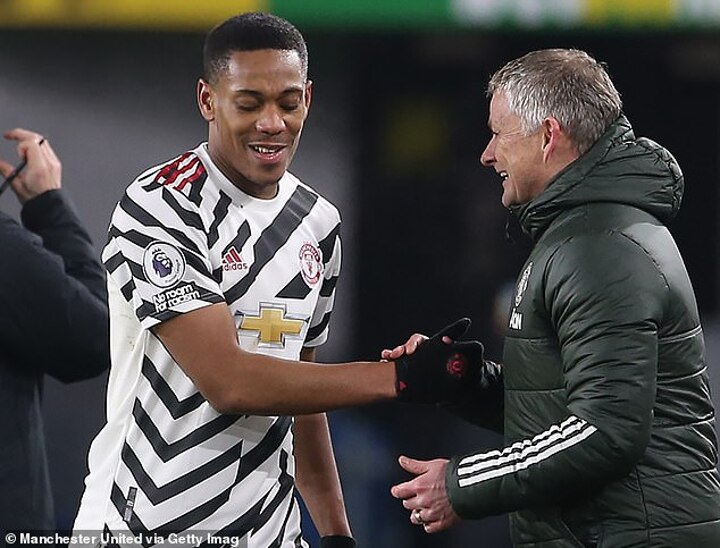 United's victory at Turf Moor took them three points clear of Liverpool at the top of the Premier League and manager Ole Gunnar Solskjaer will want to use Martial's pace against the champions.

However, if United's 23-goal top-scorer last season loses his fitness battle, Edinson Cavani could lead the line again after starting at Burnley, and Solskjaer has other wide options in Mason Greenwood, Dan James and Juan Mata.

Meanwhile, United's new £37million signing Amad Diallo reported to the club's Carrington training base for the first time after his visa was approved.

United agreed the deal with Atalanta — a fee of £19m plus £18m in add-ons — in October, but the 18-year-old Ivorian has had to wait for his move to Old Trafford. 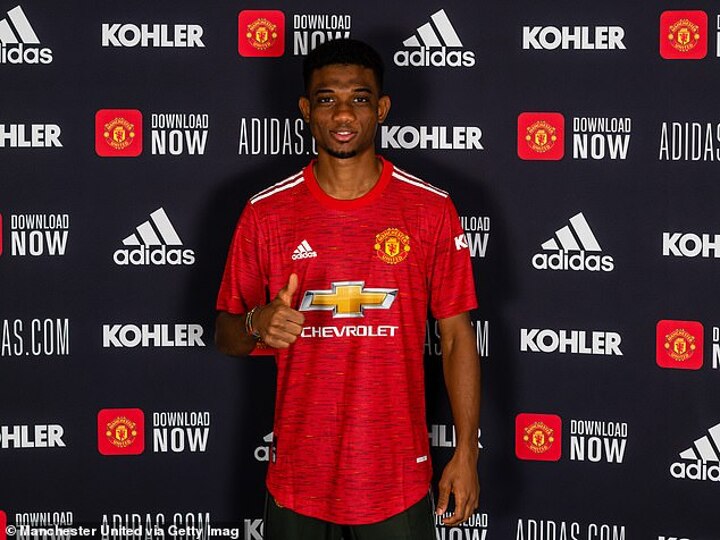 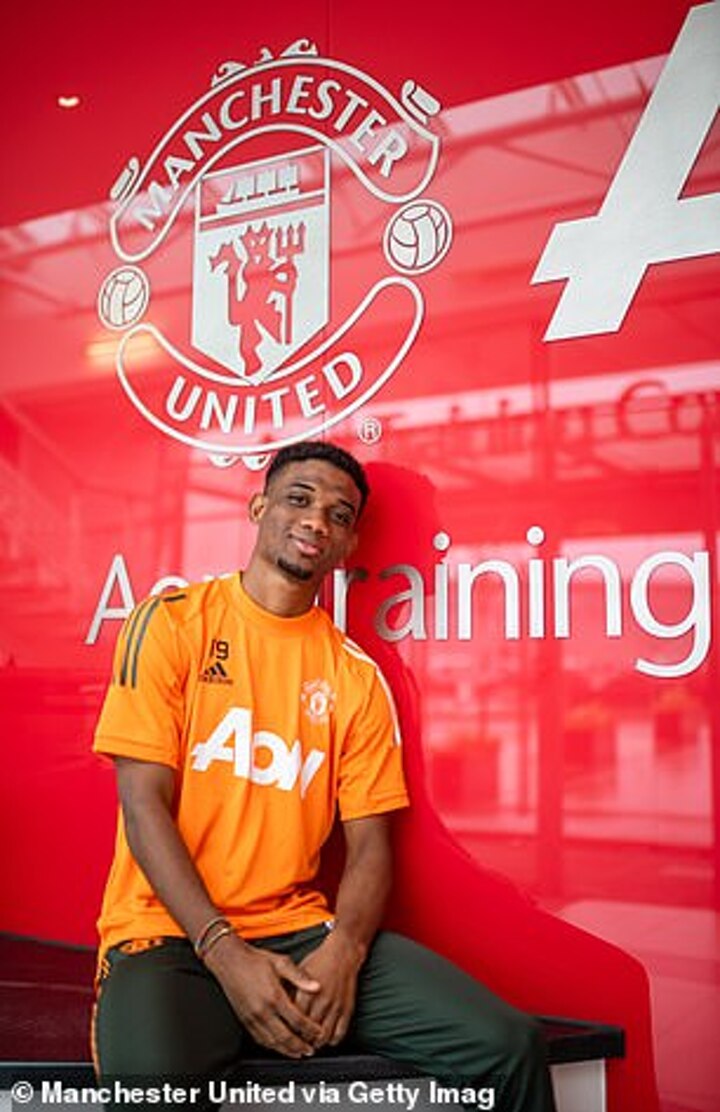 Diallo, who made just two appearances off the bench for his Italian club this season, is expected to train with United's first-team squad but play for the club's Under 23 side while he settles into English football.

'It's been a little bit strange these last few months,' he said. 'I would have hoped to have played a little bit more with Atalanta, but it wasn't possible.

'I'm very happy to be here. I'm expecting a lot from my experience here and I'm looking forward to starting.'

It is possible Diallo may be the only new signing this month with United not expecting a busy transfer window.

Timothy Fosu-Mensah's £1.8m move from United to Bayer Leverkusen means it is less likely Brandon Williams will be loaned out given the need for cover at full back.

United are in no hurry to let midfielder Jesse Lingard leave on loan for the same reason.