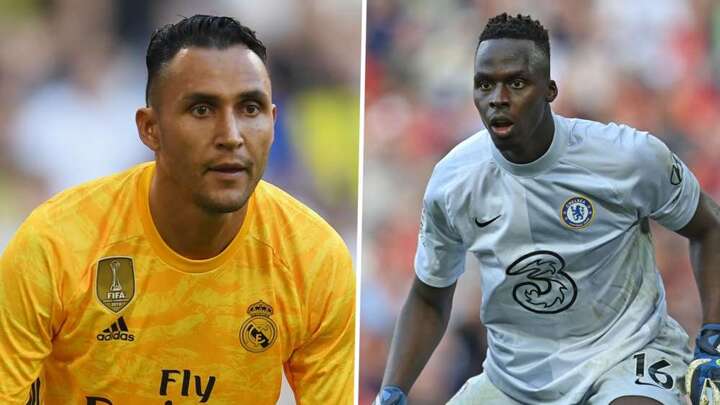 The Senegal international put up an incredible performance on Tuesday night as the Blues recorded a 1-0 win over FC Zenit Saint Petersburg at Stamford Bridge.

With the game looking destined for a goalless draw, Belgium international Romelu Lukaku scored the decisive goal in the 69th minute thanks to an assist from Cesar Azpilicueta.

Mendy - ably protected by Azpilicueta, Andreas Christensen and Antonio Ruediger - rose to the handful of testing opportunities created by the Blue-White-Sky Blues.

Having prevented the Russian Premier League side from finding the net in England, the African star earned his 10th shutout in his 13th appearance.

Only Costa Rica international Keylor Navas has attained that mark in fewer games (11) during his spell at Spanish elite division side Real Madrid.

The 29-year-old custodian was lured from Ligue 1 outfit Rennes in a £22m ($31m) deal as the six-time English top-flight kings sought to find stability between the sticks as costly blunders had crept into Kepa Arrizabalaga’s game.

Appreciatively, he has since proven to be one of their bargain signings, helping the Londoners win the Champions League and the Uefa Super Cup.

In a recent chat with Goal, former Nigeria international Dele Olorundare claimed that Chelsea’s Premier League title ambitions rest largely on the shoulders of Mendy and not Romelu Lukaku.

“Even when Chelsea’s backline looks shaky, Mendy showed class to put the chestnut out of the fire. He was the reason Arsenal did not get a goal despite numerous attempts,” said Olorundare.

“Personally, I think he is the key man to their ambition of emerging as Premier League and not Lukaku like many are already saying.

“Without the Belgian, I still believe the Blues have a way of getting the goals, but in the goalkeeping area. Even Kepa [Arrizabalaga] cannot do the brilliant job Mendy is doing at the moment.

“Also, I feel that he [Mendy] is not getting the accolades he deserves. He is pure class and Chelsea are very lucky to have him in their squad.”

Mendy is expected to be in goal when Thomas Tuchel’s men face Tottenham Hotspur in Sunday’s Premier League outing.