Wednesday night saw Lionel Messi net his first goal for Barcelona since the infamous burofax saga involving the Argentine and the Blaugrana. 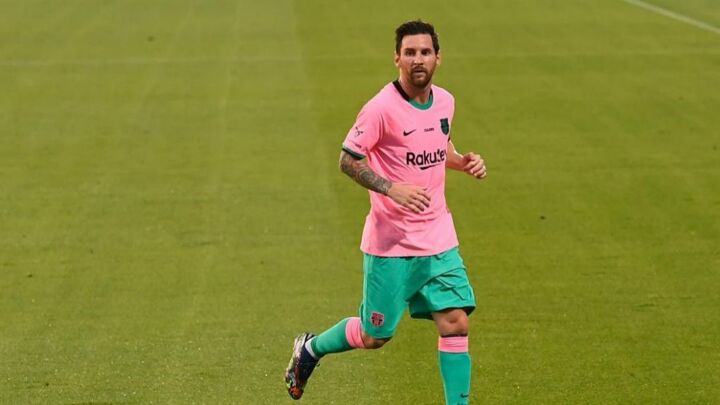 The Barcelona captain informed the club that he wanted to leave due to a clause in his contract, but he later came out during an interview and stated that he will remain at the Camp Nou this season.

Just before the half-time whistle, Messi received a pass from Philippe Coutinho and turned away from Girona's Samu Saiz before firing a right-footed shot towards goal, which hit the right post and went in.

The positioning of Messi is rather curious as both he and Antoine Griezmann occupy the No.9 position, albeit at different times, as there is a lot of movement in the front four of Ronald Koeman's team.

Messi was also involved in Barcelona's first goal, with the 33-year-old playing a pass in behind the defence for Francisco Trincao, who squared the ball for Coutinho to tap into the empty net.

Girona were able to cut the deficit to 2-1 less than a minute into the second half, but Messi was once again on hand to restore Barcelona's two-goal lead as he sent a shot - this time with his stronger left foot - towards Juan Carlos' goal from the edge of the box, which had a deflection from Jonas Ramalho and left the goalkeeper wrongfooted.