Former Liverpool striker Michael Owen isn't convinced with Sadio Mane's decision to join Bayern Munich this summer. However, he still acknowledged the Senegal international's abilities as a player and lauded him for his services to the club. 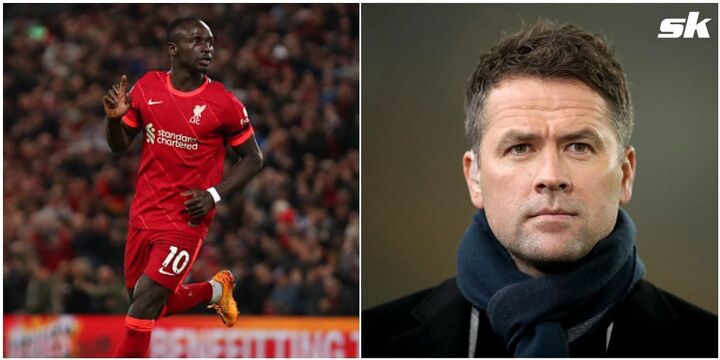 Mane officially completed his move to Bayern Munich on Wednesday, June 22, after spending six years at Anfield. As per journalist Fabrizio Romano, the deal is worth €32 million+add-ons.

Mane joined Liverpool from Southampton in 2016 and had a great time with the club. He contributed 120 goals and 48 assists in 269 matches across all competitions. He also helped them win the Premier League title, the Champions League title, and four other trophies.

Jurgen Klopp's men also competed for an unprecedented quadruple last season, but could only win the FA Cup and the Carabao Cup. They missed out on the Premier League title by one point against Manchester City, and lost the Champions League final against Real Madrid.

Given the club's level in European football, former Reds striker Owen didn't understand Mane's decision to join Bayern Munich after such a successful season. He tweeted:

"I’m still struggling to understand why Sadio Mane would leave Liverpool for Bayern Munich but he’s been an outstanding player, given great service and will go down as a club legend."

Mane's contract with the Merseyside club was set to expire in the summer of 2023. Hence, instead of letting him go for free, it worked out well for the club that they cashed in on him this summer.

"Yeah, sure. Like I said, from the first day I came to the club, I spoke to the boss when I was in Southampton and I think at that time we were not even in the Champions League. He called me and I said, ‘For sure.’"

"I just decided in my heart that I am coming to Liverpool because that is where I see myself and for me it was the right time and the right club to achieve everything. So, I can say of course we won a lot and I spent a great, great time there. An unbelievable time at Liverpool, we won a lot."

Mane then explained that he felt it was the right time to take on a new challenge and said:

"Like I always say, my life is always [about a] challenge and when it came I said to the club that I want to leave, I want to go somewhere else to see a new challenge. It is not anything else, it is just a challenge because for me I want to always be challenging myself to get better and better.

Mane will certainly be etched in the list of legends at Anfield. Bayern Munich fans will hope he can share a similar success story with their club as well.