A fuming Mikel Arteta revealed his fury over VAR's failure to check a possible penalty when Kyle Walker raised his boot dangerously to challenge Gabriel during Arsenal's defeat at Manchester City. 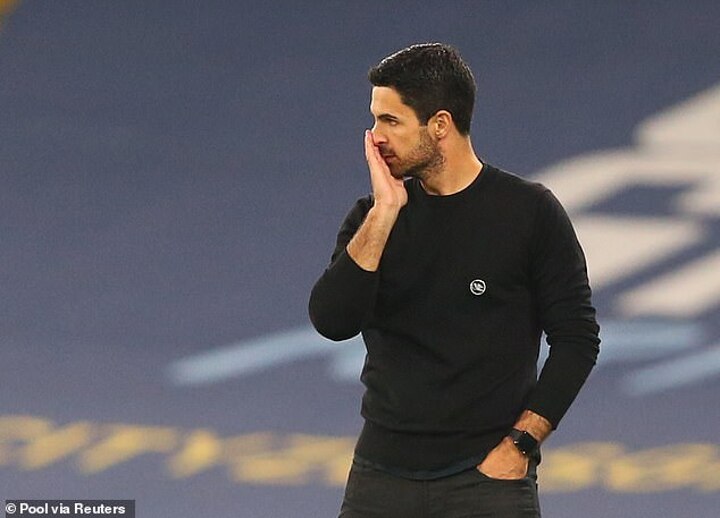 The incident happened just moments before half-time, but Arsenal's animated appeals for a penalty were swiftly waved away by the referee.

Walker's foot was head high as he attempted to challenge Gabriel from a corner and came close to making contact with the Arsenal man.

And Arteta was incensed at full-time after VAR appeared to opt against reviewing the incident.

'They said that they checked, and I asked 'How the hell have you checked if you took two seconds to check that action?!'

'Obviously there is something there.' After being told that Sky Sports understood VAR chose not to look back at it, he added: 'Yes, I think that's what happened.'

Sky Sports pundit and Sportsmail columnist Micah Richards admitted that Arsenal should have been awarded a penalty on second viewing. 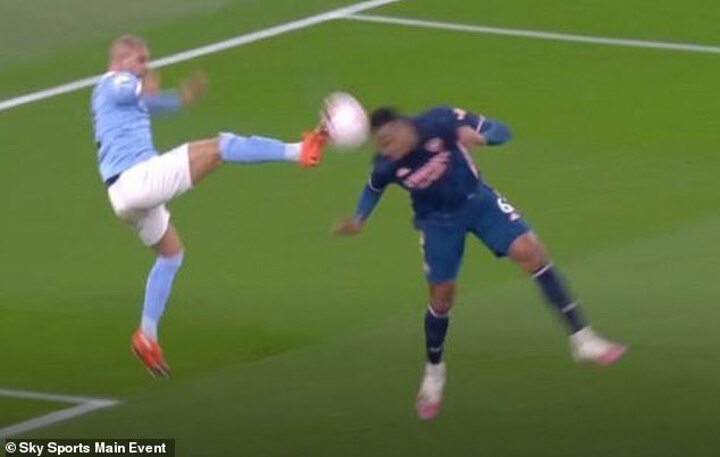 'Earlier on I didn’t think that was a penalty but having seen it more and more times I can see why that would be given and I think Kyle walker gets away with one there.'

Raheem Sterling proved the difference in the end, scoring the only goal of the game on 23 minutes.

The England star pounced on a saved Phil Foden effort to stroke the ball into the corner of the net with real composure.

Arsenal had a real foothold in the game and created a number of decent opportunities to draw level but couldn't take any. 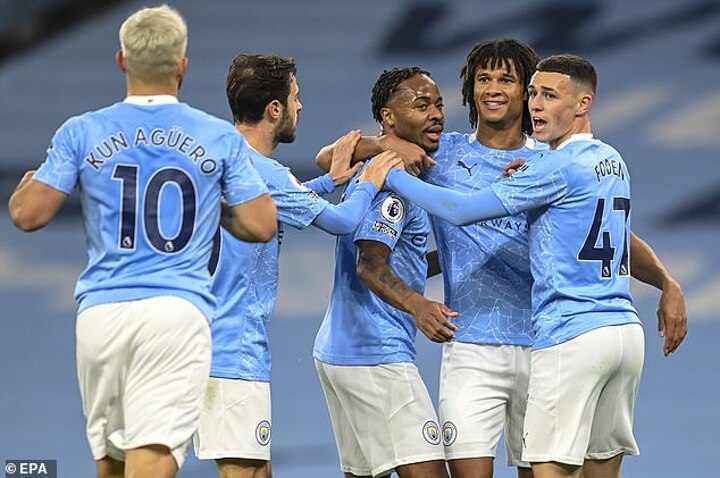 Arteta insisted there were positives to take away from the match despite suffering defeat.

He added: '(It's disappointing) not to get anything from the game given the way the game went because I felt we kept growing and growing with more belief that we could get something from it,' he said.

'At the same time I'm extremely proud about the way we played individually and collectively, to put in that performance in this stadium is not an easy thing to do.'