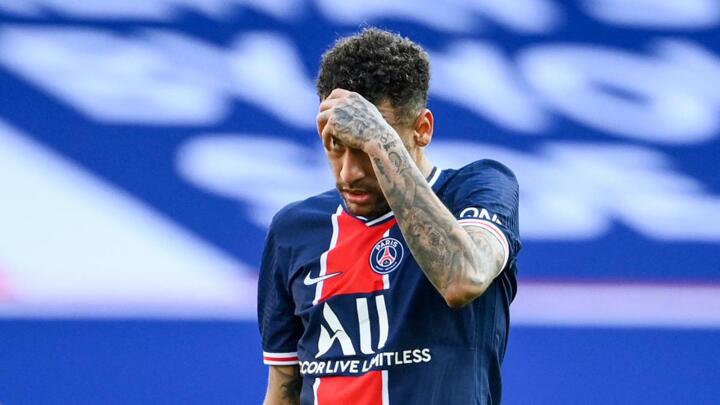 Neymar will be banned for Paris Saint-Germain's next two Ligue 1 matches, the Ligue de Football Professionnel (LFP) has announced.

The Brazil superstar was sent off following an altercation with Lille defender Tiago Djalo, who was also dismissed.

Neymar and Djalo were each handed three-match bans, but with one of those games suspended.

Saturday's 1-0 defeat left PSG three points behind Lille at the Ligue 1 summit and only one better off than in-form Monaco in third.

Mauricio Pochettino's side will be without Neymar for the weekend trip to Strasbourg and a home match versus Saint-Etienne on April 18 which comes after the second leg of their Champions League quarter-final against Bayern Munich.

PSG midfielders Leandro Paredes and Idrissa Gueye will also be unavailable to face Strasbourg due to an accumulation of yellow cards.