Tottenham manager Jose Mourinho has saluted the performance of young defender Japhet Tanganga, who impressed for a second straight game on Tuesday. 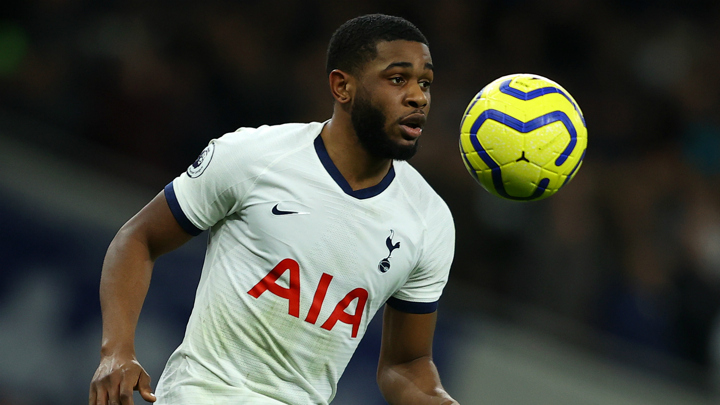 Tanganga started Tottenham's 2-1 win over Middlesbrough in a third-round FA Cup replay, defending well and getting forward to join the attack a number of times from his right-back position.

Though he was beaten by Roberto Firmino for Liverpool's lone goal in a 1-0 result, Tanganga put in an assured performance that belied his inexperience.

That performance convinced Mourinho to give Tanganga another start on Tuesday, and the England youth international once again repaid his manager's faith at Tottenham Hotspur Stadium.

Mourinho was delighted with his defender's performance, with the manager so far vindicated in his decision to throw the youngster in at the deep end.

"I trust him. I know the way he can read the game and learn," Mourinho told BBC Sport of Tanganga. "He absorbs all the information. He is not that kind of modern kid who is worried with pathways, the pathways it to work hard and take the opportunity which he did.

"Now people know how good he is."

Tanganga was frustrated that Spurs let Middlesbrough back in the game on Tuesday, with George Saville scoring in the 83rd minute to give his side a lifeline after Giovani Lo Celso and Erik Lamela had given their side a two-goal lead in the first half.

The defender was also keen to express his gratitude for his manager's decision to trust him with consecutive starts for Tottenham's senior side.

"We had chances to kill the game but obviously you're not always going to score but we had to defend well," Tanganga told BBC Sport. "It was a sloppy goal we shouldn't have conceded it. We made it hard for ourselves.