After securing promotion to the Bundesliga last weekend, a buoyant Schalke will face Nuremberg this Sunday on the final matchday of the 2. Bundesliga. 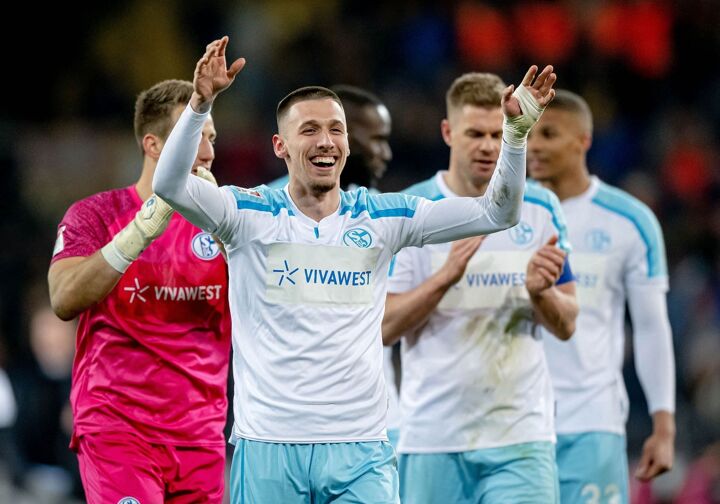 Null Vier did it the hard way as they came from two goals down to beat St. Pauli 3-2 in their last game to clinch the top spot and promotion.

A clash against Schalke will basically be a dead rubber for the hosts. Nuremberg’s poor run of two draws and two losses in their last four games ended any lingering promotion hopes.

The club will lick their wounds and hope to finish their season on a high and strengthen their squad over the summer to launch another promotion bid next season.

Schalke will also look to bow out with a win and retain their place at the top of the table. Even though they have secured promotion, they haven’t sealed the 2. Bundesliga title yet.

Although the two sets of fans have an amicable relationship, things have certainly been competitive on the pitch between the two sides.

Schalke have a head-to-head advantage with 32 wins compared to Nuremberg’s 20 wins. There have been 16 draws in the fixture as well.

Felix Lohkemper is a doubt with a hip issue and might not feature for Nuremberg on Sunday.

Danny Latza was suspended for the game due to the accumulation of yellow cards, while Dong-gyeong Lee is still recovering from his injury. Apart from the two, Buskens has a fully-fit squad to choose from.

Buskens will be tasked with refocusing his side so that they can finish top, and we believe the Royal Blues have what it takes to at least pick up a point and finish top.