In the haste to profess adoration for Jack Grealish and the slow burn of satisfaction at the embarrassment of riches available to England in attacking positions, it is sometimes easy to ignore the conundrum Gareth Southgate is facing as he tries to assemble a starting XI that can win the Euros next summer. 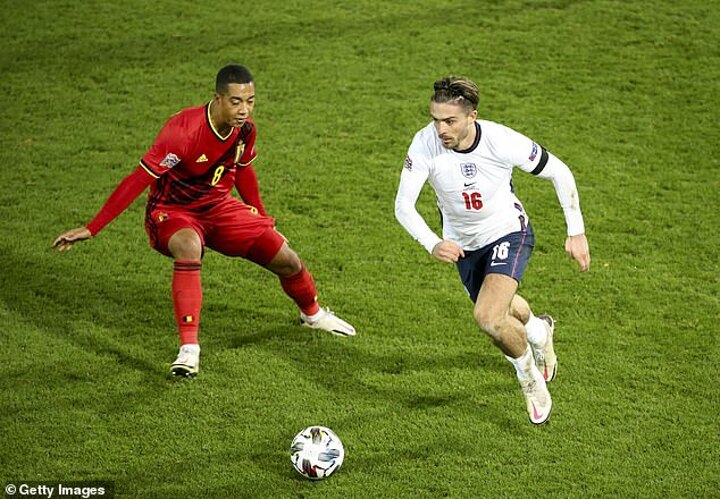 It is easy to see that England is overflowing with youthful talent in attack but Southgate is searching for a system that will best camouflage weaknesses in defence where, too often, the national team looks vulnerable and one-paced.

Nobody particularly likes the 3-4-3 formation that pragmatism has presented because it is essentially an exercise in damage limitation. 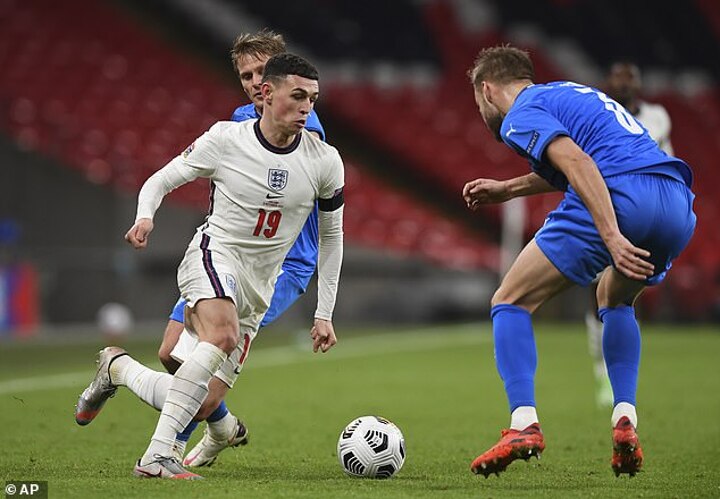 So we rave about the continuing emergence of Phil Foden and his brilliantly audacious turn against Iceland on Wednesday night and we compare Grealish to Paul Gascoigne and we congratulate ourselves on how lucky we are to have world-class forwards such as Harry Kane, Raheem Sterling and Marcus Rashford and we revel in the fact we have a player as clever and astute as Mason Mount.

But amid all that understandable enthusiasm about the headline acts and the desire to fit as much of that talent into the team as possible, it is becoming more and more apparent that the role of Declan Rice in this exciting, young England side is the key to its chances of going two steps further than Gascoigne’s team of Euro 96, which fell to Germany in the semi-finals.

Rice, who scored his first England goal against the Icelanders, may not enjoy quite as much acclaim as some of his more celebrated England team-mates but he should do. He is such a mature talent that it is easy to forget he is still only 21.

He is already a highly-accomplished defensive midfielder but the amount of potential he still has to unlock is frightening.

He can play in central defence or ahead of the back four. He has the kind of positional sense and tactical smarts you can’t teach.

He is brilliant at breaking up play and forcing turnovers, economic in his passing, good in the air, a fine tackler, calm and authoritative. He is not flashy but he still catches the eye. It may not be long until he is recognised as England’s best player.

His role is critical, too, as Southgate tries to find the balance between maximising England’s attacking threat and protecting its central defence.

Rice has been used in central midfield as part of the 3-4-3 but, as that system stutters, it is easy to see how he could be best deployed alongside Jordan Henderson or Mount as part of a screen in front of a back four in a 4-2-3-1. 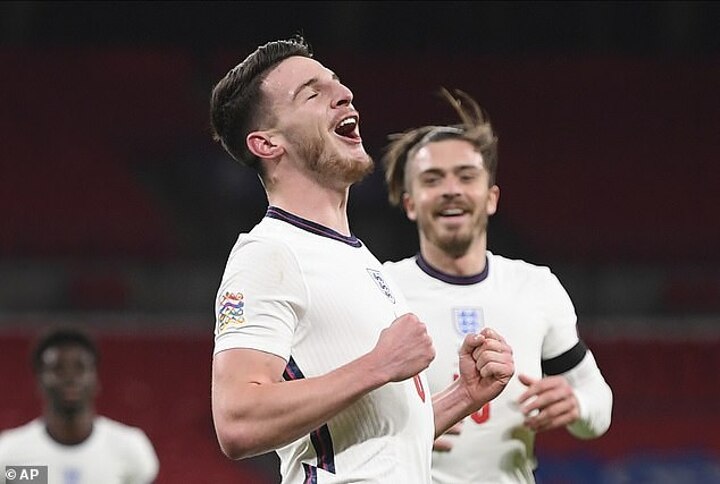 After a run of three internationals in the past 10 days, we have reached the stage where everyone is playing the game of picking their starting XI for the Euros and it is clear that the 4-2-3-1 would allow Southgate to cram more of his attacking stars into the side.

A three of Sterling, Grealish and Rashford, or Foden, or Mount, behind Kane is mouthwatering stuff.

But that system needs a player of Rice’s ability, discipline and maturity in order to work and it is Southgate’s good fortune that he has the West Ham midfielder at his disposal.

‘There were a lot of young England players on the pitch against Iceland,’ West Ham manager David Moyes said on Friday as he praised Rice, ‘but his performance was so good.’

Rice won plaudits after the Iceland game, too, for the way he conducted an interview alongside Mount, his closest childhood friend, and the undisguised joy both men took in appearing together for their country and scoring on the same night. 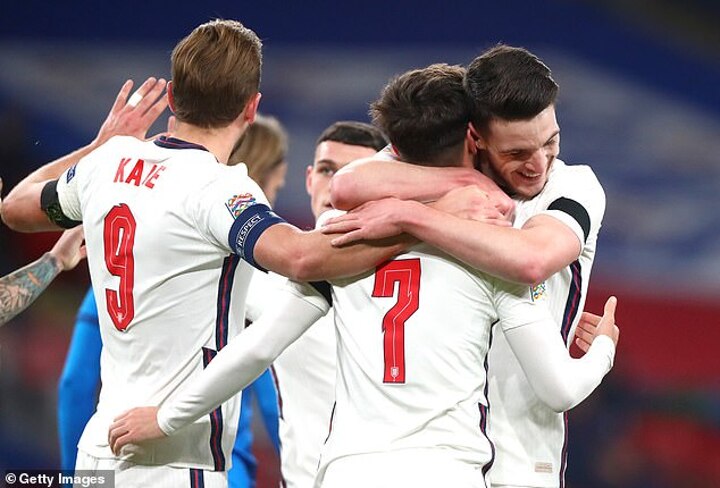 Rice is part of a cadre of young England players which is as good a group as any in world football and he has the personality to be their leader.

He has captained West Ham when Mark Noble has been absent this season and the only problem he poses for the club is quite how long they can keep hold of him.

His performances have been vital to their strong start but he has been linked with a return to Chelsea, where he played until he was 14. If it isn’t Chelsea who make the move, it will be another top-six club.

There is so much talk about the talent that England possess and every reason to believe that, playing at the heart of the team, Rice will become the rock on which success is built. 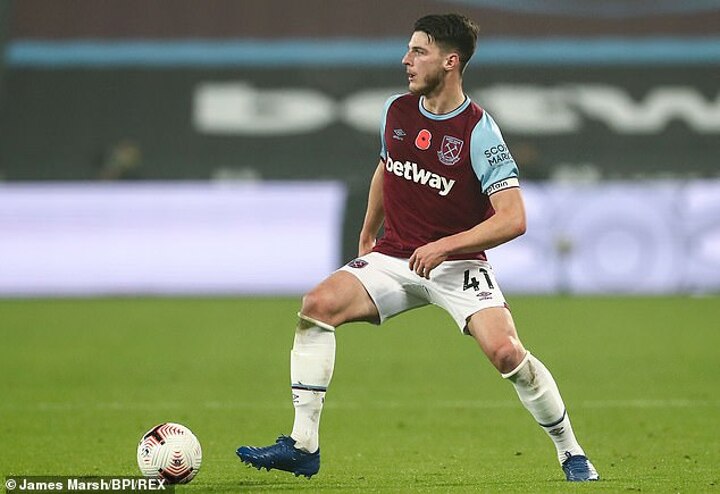 Oscar Pistorius  was once one of the best things that ever happened to modern athletics. His refusal to respect the limitations of being a double amputee by earning a spot in the Olympic Games was the most inspiring story of the build-up to London 2012.

Less than a year later, he murdered his girlfriend, Reeva Steenkamp, at his house in Pretoria and all the inspiration he had created and the admiration he had won died with her. 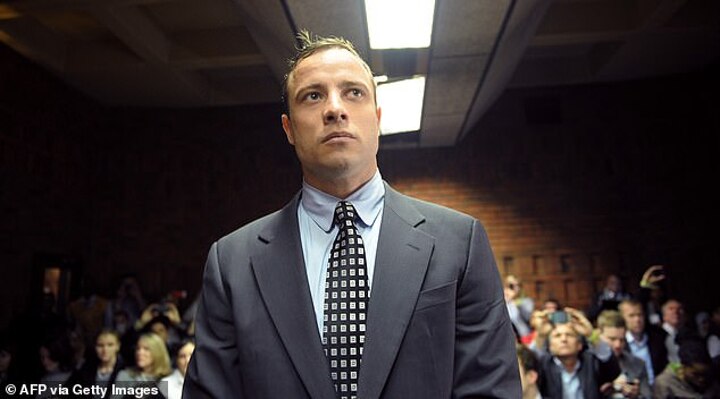 I had heard that The Trials of Oscar Pistorius, the documentary series about his murder of Steenkamp, was overly sympathetic towards him but it did not seem that way to me.

There was a time, especially after I met him at his training camp in Italy before London 2012, when I thought of Pistorius as a hero.

Now, all I saw was a self-pitying, pathetic ruin of a man who had murdered his girlfriend and caused a lifetime of pain and suffering for her family.

Germany's 6-0 defeat by Spain in Seville last week was accompanied by prophesies of doom for the national team but I’m not rushing to consign the 2014 World Cup winners to the international wilderness just yet.

I remember the glee when England beat them 5-1 in Munich in 2001. Less than a year later, they were in the World Cup final.

When things go wrong, German football has an awfully good habit of finding a way to fix it.

Never thought I quite had it in me to get a Manager of the Month trophy on my mantelpiece but now, because of Neil Warnock, I’m in with a chance. 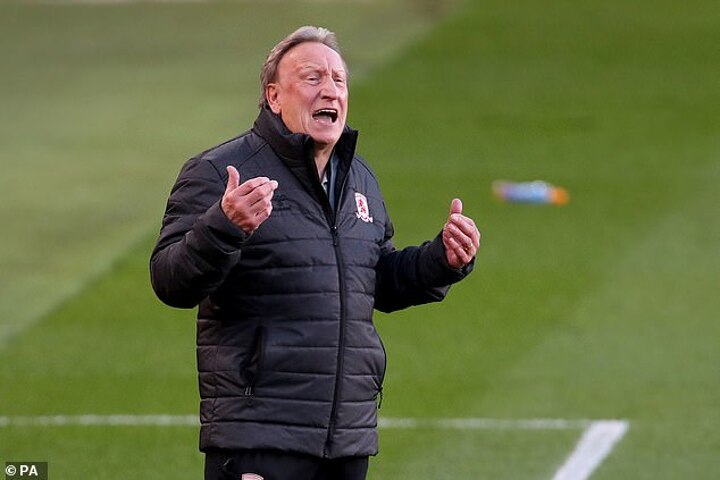 Not because I once sat in the dugout with Warnock when he was the boss at Sheffield United and learned a few new words for my vocabulary during exchanges with then Ipswich manager Joe Royle.

But because when Middlesbrough boss Warnock won the Championship award for a record 11th time last month, he decided to raffle his trophy in aid of Butterwick Hospice Care in Stockton-on-Tees.

So far, he and Middlesbrough have raised more than £7,000 on the JustGiving platform. Entries are £2 each and you can enter as many times you like up until the deadline of 3pm on Friday, December 4.

I have little desire to expose my ignorance of Irish culture and history any more than I need to. 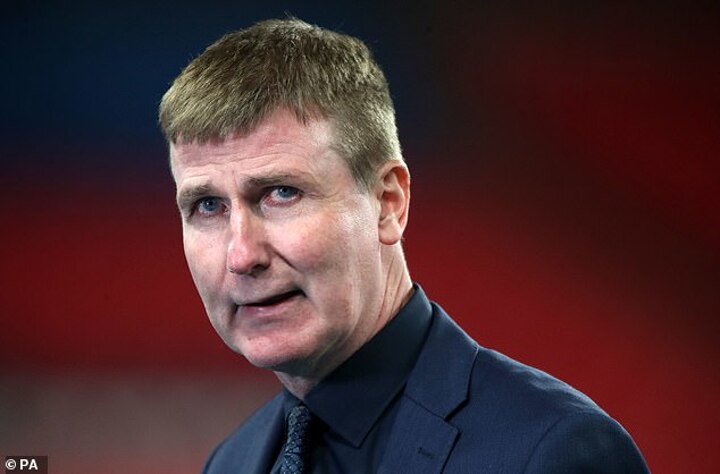 But the idea of playing a motivational video featuring the Easter Rising to a group of young footballers before the recent heavy defeat by England seemed a little unnecessary.

As an Englishman, I feel I am at least on safe ground saying that: because drawing on conflicts of the past before a football match is exactly the kind of thing we might once have done.

Achtung Surrender and all that.