Alisson Becker has struggled a bit to get his Liverpool season going so far. 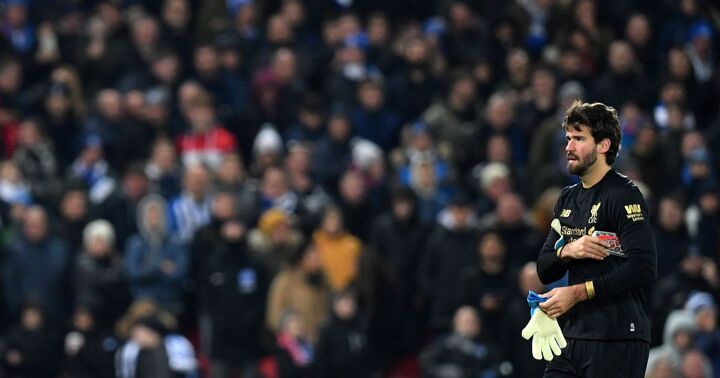 He hasn't been able to keep a clean sheet in the games he has played and was out for two months out with a calf injury at the beginning of the campaign.

Liverpool have gone 11 games without a clean sheet and the last nine visiting teams have scored at Anfield.

Alisson had a moment of madness against Brighton on Saturday, picking up a straight red card for a handball outside the area. Referee Martin Atkinson wasted no time, did he?

Long term, though, he will be absolutely fine, I am certain of that. He is a class act between the sticks for Liverpool.

Look, let's face it, on Saturday, it was a poor decision to race from his goal and handle the ball outside the area and no-one will have to tell him that.

Maybe it was because he didn't have an awful lot to do in the 2-1 win against the Seagulls. Brighton hadn't attacked much and he was not involved a lot, but he should be used to that by now at Anfield.

As I say, though, I am not worried about the rest of the season for Alisson. He will have no problems.

What it does mean, however, is Adrian will come in to replace him for the Merseyside derby on Wednesday and I expect him to be ready for what is a big game for the whole of the city.

I would suggest Liverpool have got the best reserve goalkeeper in the Premier League after his years of experience as first choice at West Ham.

He has proven in the past how good he is and I am sure he will prove it again in the future, starting with Wednesday's derby against Everton.