Liverpool midfielder Alex Oxlade-Chamberlain admits he has never played in a team with the belief his side currently possess and the players feel they can win every time they go out onto the pitch. Jurgen Klopp's Premier League leaders have dropped just two points this season having racked up 13 victories and one draw to establish an eight-point advantage over second-placed Leicester.

But even the pressure of maintaining their winning run, which seems to grow with every game for a club searching for their first title since 1990, has not affected the mentality according to Oxlade-Chamberlain.

'I'm going into it (a game) with the mindset that we're going to win. I think that's how we all feel,' the England international told the PA news agency.

'We're going into the games expecting ourselves to win and anything else we're disappointed with.

'I think that's credit to the good work that we've done as a team over the last few years to be in that position.

'There's times in my career where I definitely haven't gone into all games 100 per cent confident that the team's going to come away winning but with this team, I have that sort of belief in us.

'I think that's the mentality you need to be successful, to have those high standards that nothing else is acceptable. Then you've got to let history take its course.

'Obviously it might not happen every time but when you're going into games with that sort of mindset and belief it simplifies everything else.' 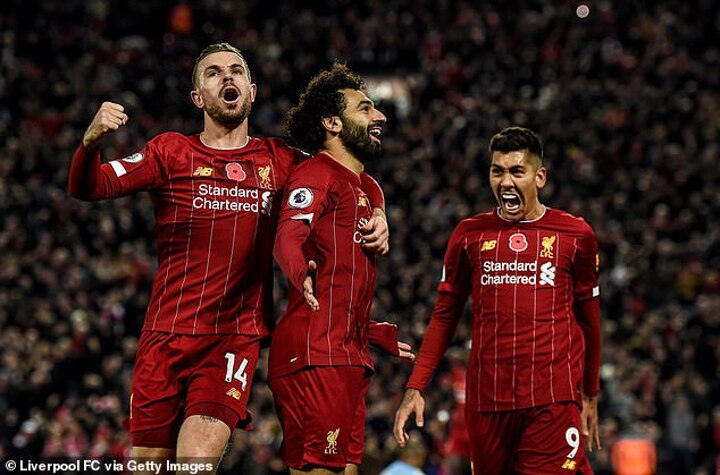 Such has been Liverpool's dominance this season - defending champions Manchester City were swept aside 3-1 at Anfield a month ago and trail by 11 points at this early stage - that many pundits are saying the title is theirs to lose.

It is a sentiment which is not entertained in the dressing room.

'I don't live under a rock so I hear what people say and the predictions that people make,' added the former Southampton and Arsenal midfielder.

'You can't not take notice of other results that are going on around you and the table from time-to-time. It's part and parcel.

'When Man City were out in front for a while a couple of seasons ago they would've had all of these sort of things to come up against.

'You've got to just keep going out and churning out results. There might be a time where results don't go so well and people maybe close the gap a little bit.

'We've got to be also ready for those moments mentally as a team to just keep going and see what happens.'

Next up for Liverpool is the Merseyside derby at home to struggling Everton on Wednesday, with the Reds unbeaten against their local rivals at Anfield since 1999.

Seemingly the visitors' one hope is that Liverpool's poor home defensive form - they have not kept a clean sheet in all 11 matches there this season - gives them a chance. 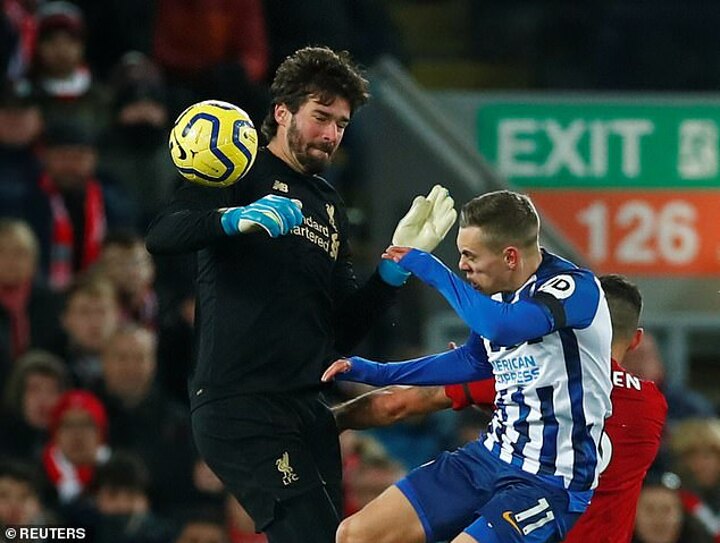 That has been aided by the suspension to first-choice goalkeeper Alisson Becker, who was sent off in Saturday's win over Brighton, leaving Adrian to deputise as he did when the Brazil international missed 12 matches with a calf problem earlier in the campaign.

'Obviously clean sheets give you the best chance of going and winning the game,' said Oxlade-Chamberlain.

'I don't think we're leaking loads of goals but probably just a few little silly mistakes here and there all over the pitch.

'But even when we have been conceding, we're still finding a way to come up with the goods and most of the time at the minute it's been winning the game.

'But the first job of the team is to defend and to stop the other team from scoring and then the quality we have should give us the best chance to go and win games.'