Pierre-Emerick Aubameyang put in a faultless display in the FA Cup final, right up until he was tasked with lifting the trophy. 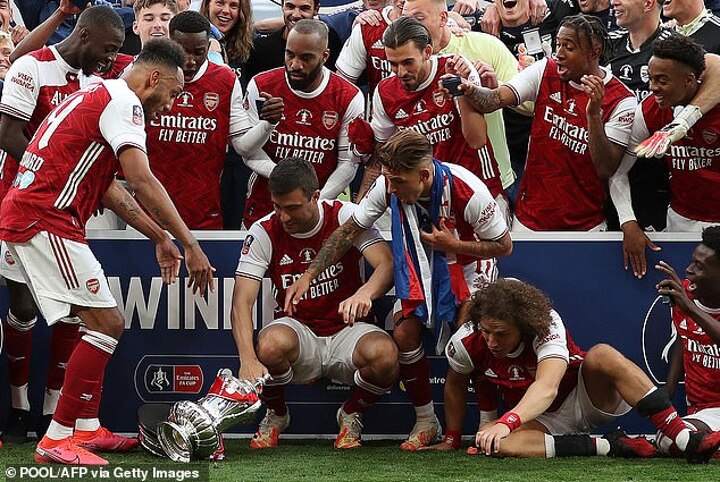 The Arsenal captain scored a first-half penalty and classy second-half chip to lead the Gunners to glory, coming from behind against London rivals Chelsea at Wembley.

Aubameyang's performance was representative of a talismanic season, though his trophy-lift left a lot to be desired as the striker dropped the cup in front of the 90,000 empty seats. 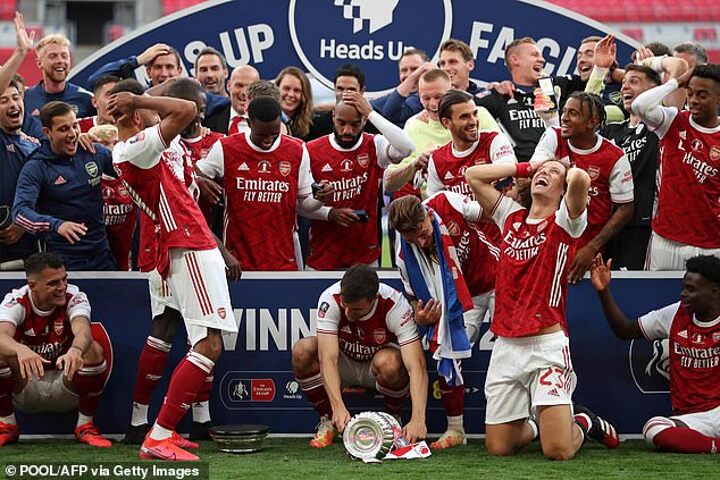 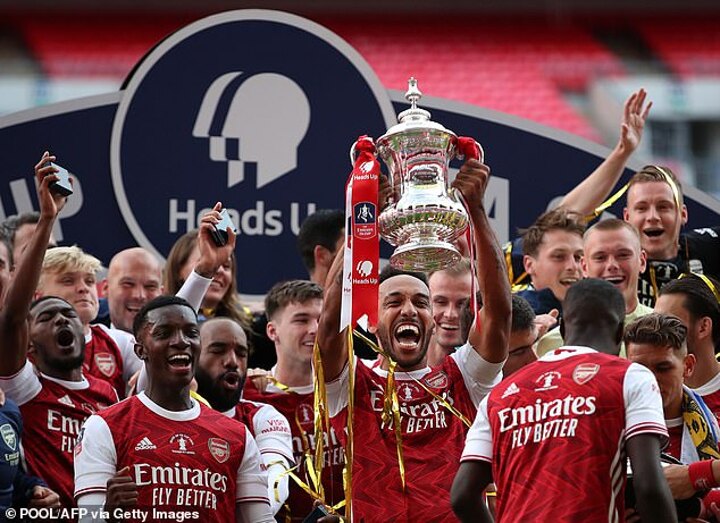 The skipper's calamity began as he carried the famous trophy by the base rather than its handles, leading the silverware to slip and bounce to the turf while David Luiz and Alexandre Lacazette recoiled in second-hand embarrassment.

'He needs more experience with trophies. We can get him used to that,' Mikel Arteta said amid the celebrations.

Rob Holding watched the scenes unfold too: 'It seems to be the trend now to drop the trophy! I saw him walking up with the bottom attached, you take that bit off!' 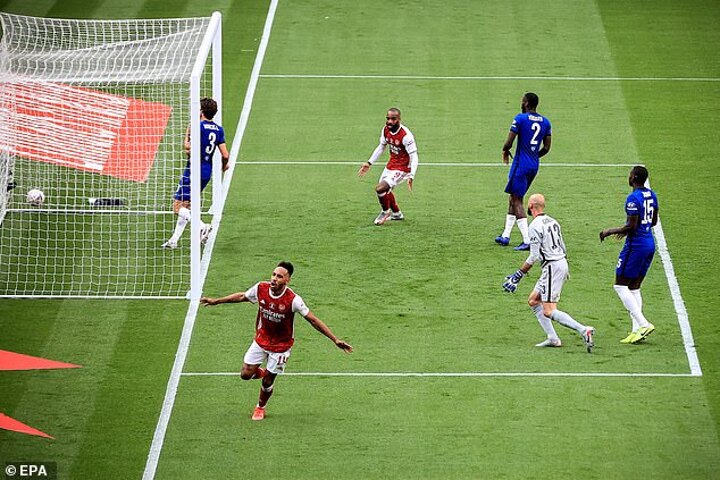 Few Arsenal fans will care, having earned their 14th FA Cup, beaten their London rivals and secured Arteta's first trophy to help put a horrendous Premier League season behind them.

'It's our cup and we'll smash it to pieces if we want to', @MichaelKeshani wrote, summing up the Gunners fans' feelings on their skipper's howler.