Mauricio Pochettino remains one of Europe's most popular coaches and he has given an update on Kylian Mbappe's future, suggesting that the situation with Paris Saint-Germain is open and any outcome is still possible. 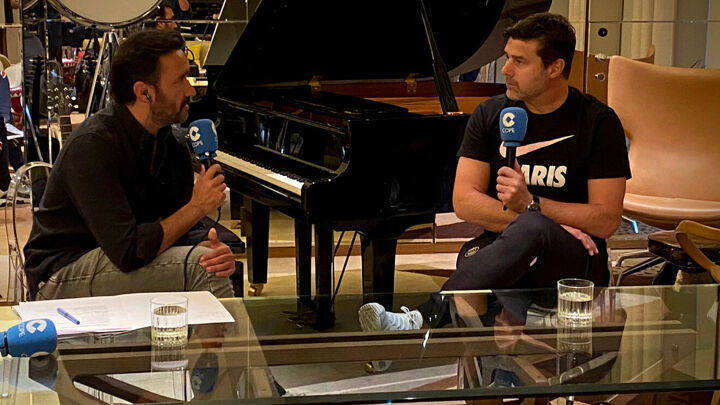 This is far from the assertions provided by Leonardo and Nasser Al-Khelaifi that he will stay and extension negotiations are ongoing, which is likely to be music to the ears of Real Madrid fans.

"Mbappe is fine, he's a calm boy with a lot of personality and a very sociable character, he is clear about things and loves football, he's very mature for 22 years old," Pochettino detailed in an interview with COPE and Radio MARCA.

"Kylian will make the decision he has to make and the club will do everything possible to keep him, because we're taking about one of the best players in the world at 22.

"I'm left with the fact that the situation is open and in the future anything can happen, the position of a few months ago may change in the future, PSG as a club certainly have the ambition and ability to persuade him and offer him things so that he can stay and be happy, the possibilities that he could change his mind are there."

Sergio Ramos is still yet to make his PSG debut after leaving Real Madrid, and injuries are continuing to delay this event.

However, Pochettino believes that the veteran defender is making progress and that it's only a matter of time before his player is back at his best level.

"Unfortunately, Ramos hasn't started training with the group yet, but he is close," Pochettino continued.

"We're happy with his progression, he's a great champion and someone who isn't going to doubt his qualities and footballing talent, he's not having a good time right now but he is strong.

"Hopefully he can return to the national team, but that is a question for Luis Enrique, Ramos at his best is undoubtedly one of the best centre-backs in world football."