It's been a summer like no other in the Premier League with little time passing between the end of one season and the start of another. 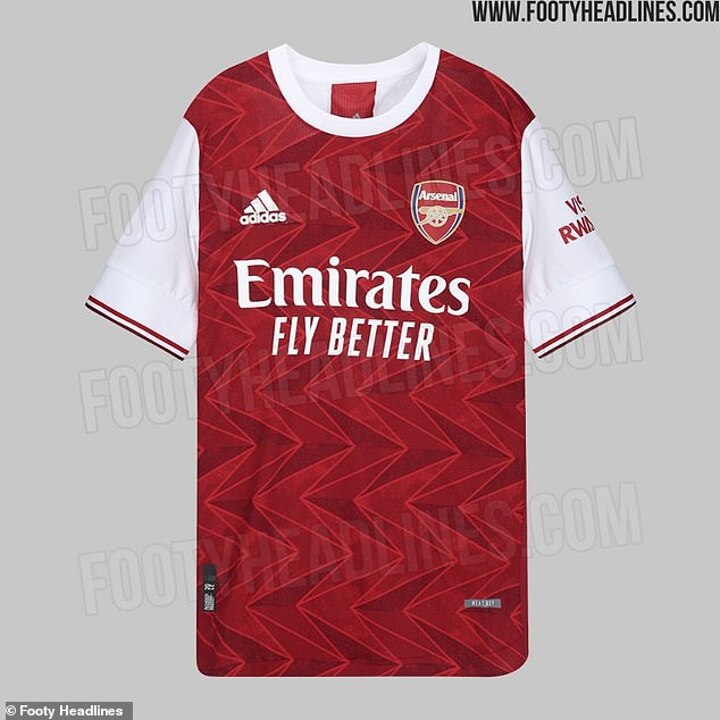 But nothing brings about a new campaign like a mass changing of football strips, with many top flight clubs releasing three brand new designs on an annual basis now.

Some even like to unveil their new strips before a season is over (looking at you Bournemouth) while others can keep their powder dry even up to the start of a new campaign.

Either way, Sportsmail will keep you up-to-date here over the summer with all the official match strip releases (and a few of the leaked ones) from every Premier League side.

HOME KIT (Not yet official)

Arsenal have endured a rotten few years outside of the Champions League and there is little understanding right now of what direction the club is heading in.

And that brings us to their leaked home shirt for the 2020-21 season. It seems a fitting one too as it features monochrome arrows in opposing directions and interlocking with each other. The team photo could be amusing, Clowns to the left, jokers to the right... you know the rest.

AWAY KIT (not yet official)

A leaked Arsenal away strip has also been doing the rounds and it features the kind of design you would want to leak to perhaps test the water before you release it.

Some have compared it to a raspberry ripple ice-cream, others were a bit more graphic by believing it was more like a blood stained jersey. Surely though the big alarming point is there is far too much Tottenham white isn't there? This might just be the best Rorschach test to conduct on an Arsenal supporter. 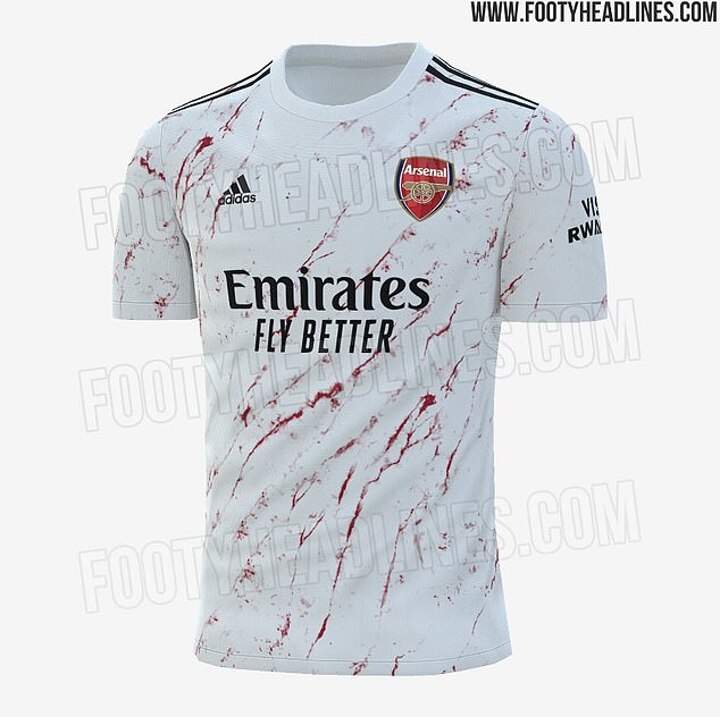 Eddie Howe's side were the first team to unveil their new kit for next season... and they wasted no time in putting to use.

It made its debut immediately once lockdown was lifted on football but will the south coast side battling relegation get to feature in more top flight games next term?

Let's hope so because Umbro have put together a neat number, mixing up the traditional red and black stripes with a blurred effect and it comes across rather well. It's a refreshing change from the annual releases of safe and simple stripes which had been the case for the past nine years. It won't be remembered well if they are relegated in it though... 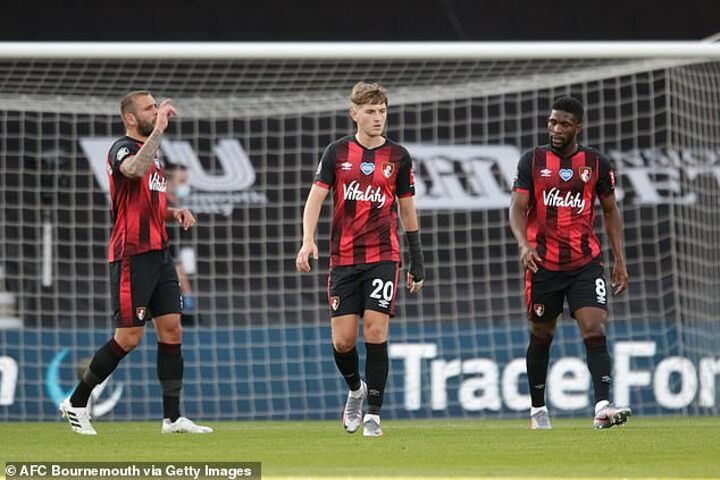 HOME KIT (not yet official)

Chelsea have yet to unveil their new kit... at least not officially anyway but reported images of the leaked home design for next term have now been given a lot more credibility.

Hoardings are being put up outside of Stamford Bridge showing what appears to be the new home shirt, complete with a new sponsor.

It would be a marked departure away from the crazy paving style strip for this season. 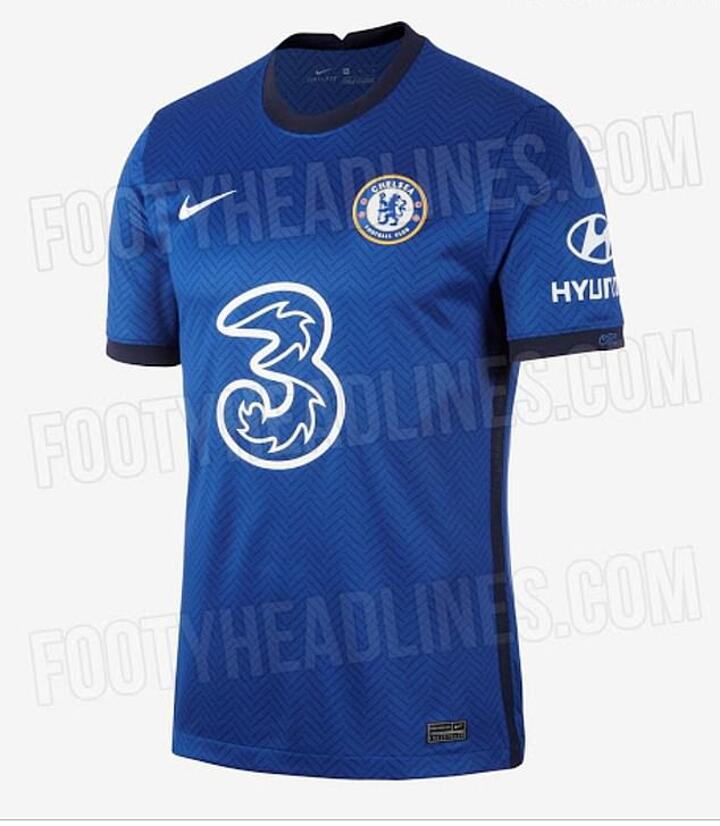 THIRD KIT (Not yet official)

Either way we are not convinced by this one. Filed in the 'believe it when we see it' category, and even then we would then have to rub our eyes again in disbelief. 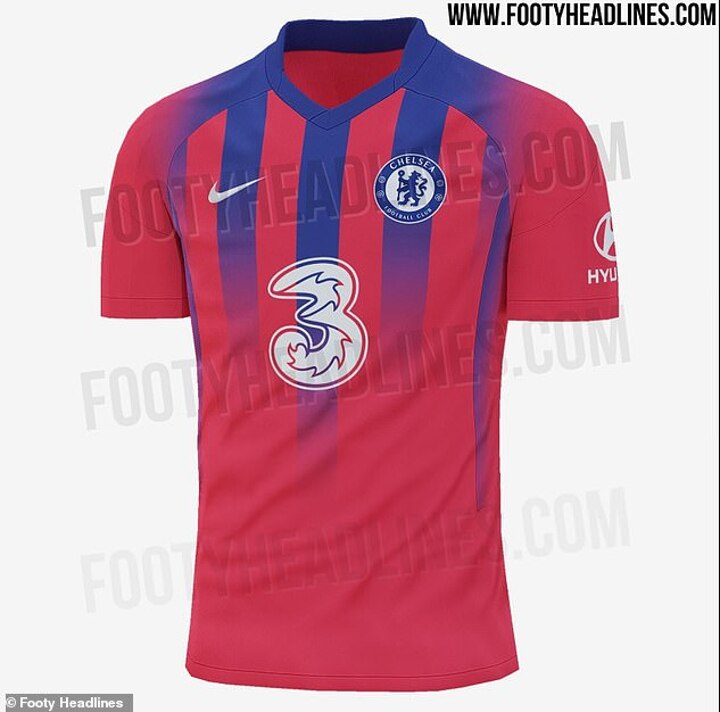 THIRD KIT (not yet official)

Just when Manchester City fans thought it could not get any worse during a season where they lost their grip on the Premier League title, their reported third kit was leaked.

It's hard to imagine any team being taken seriously wearing this. Even before it has been confirmed City supporters have effectively dubbed it a James May kit, given the similarities to shirts worn by the TV presenter. If Puma are thinking of this design, now's probably the time to abort. 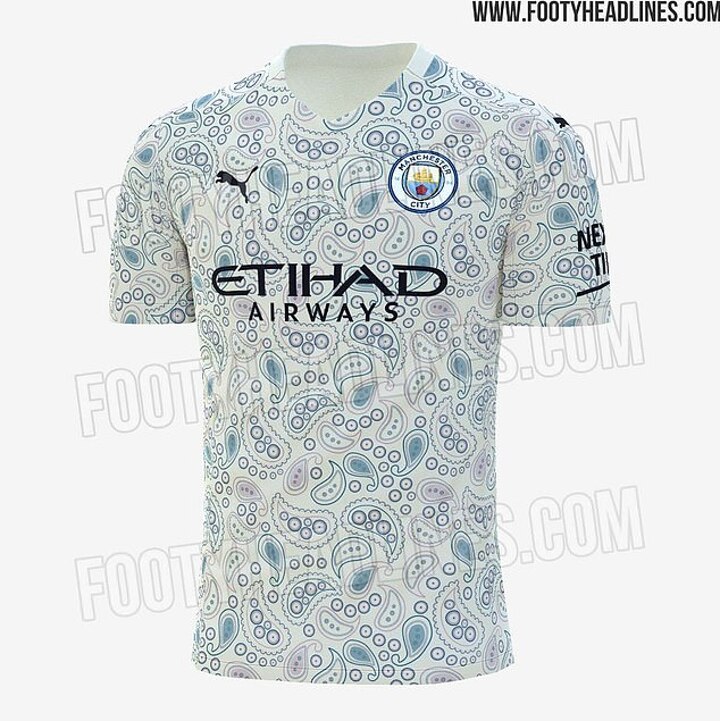 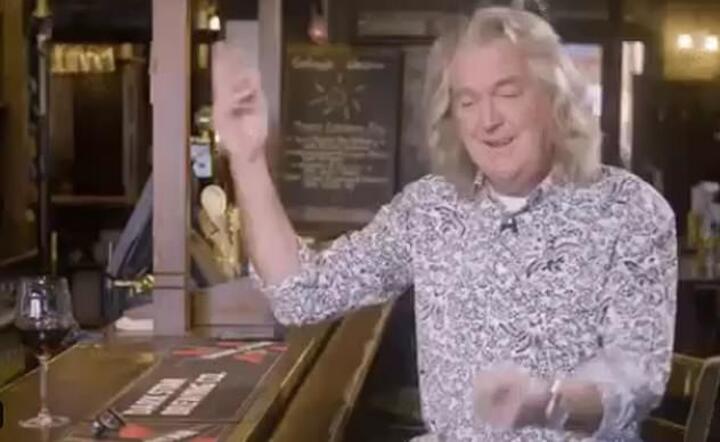 HOME KIT (not yet official)

There have been a couple of potential Manchester United strips doing the rounds this term, but this looks most likely being adidas's offering for the 2020-21 campaign.

It won't be to everyone's cup of tea if it is confirmed. Should a home United kit really have this sort of imagery? It has similarities to Chelsea's home strip from 2018-19 too. Maybe a bit gimmicky... 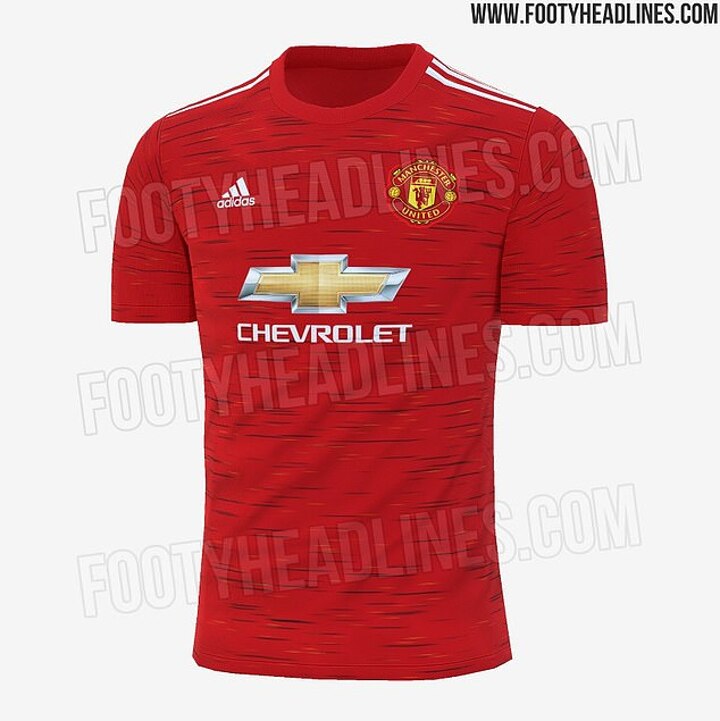 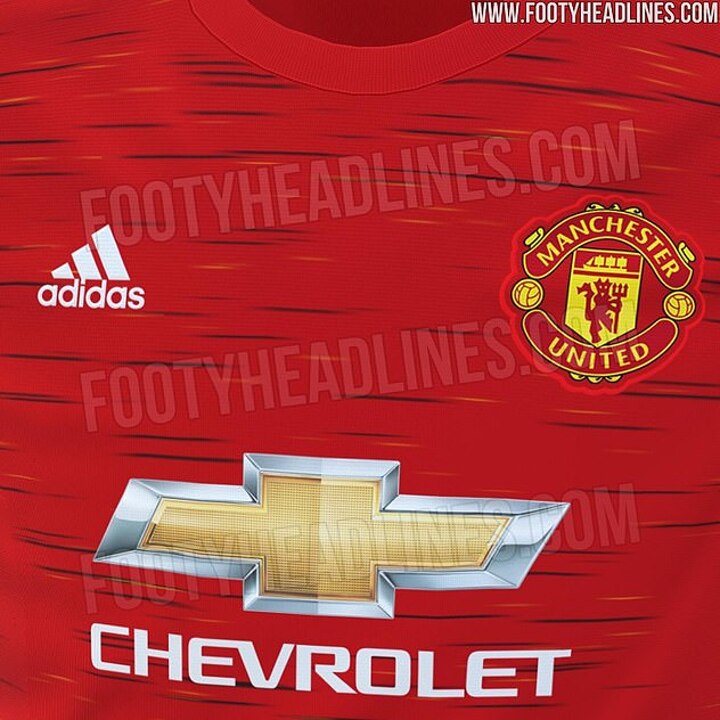 AWAY KIT (not yet official)

United's away kit has also been subject to a leak and not many fans seem to be pleased with what has been branded a 'boring' design.

That's unless of course you are a fan of the Mancunian band Joy Division. Many linked the artwork from their classic album Unknown Pleasures to the rumoured away kit, and it's admittedly hard to ignore once you have seen it. 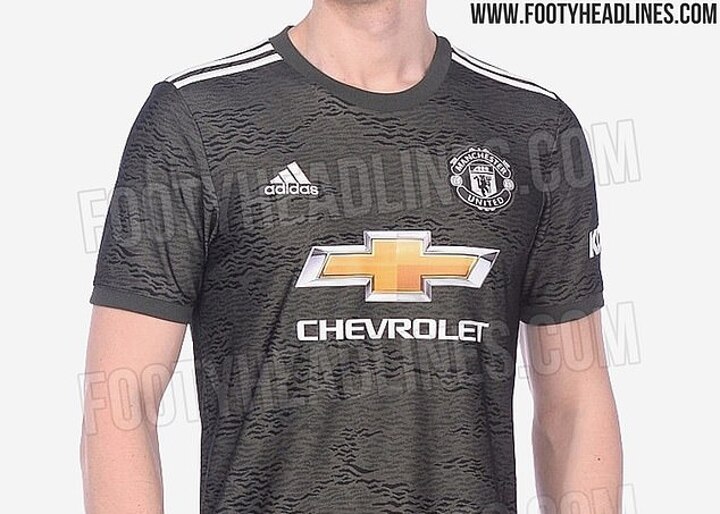 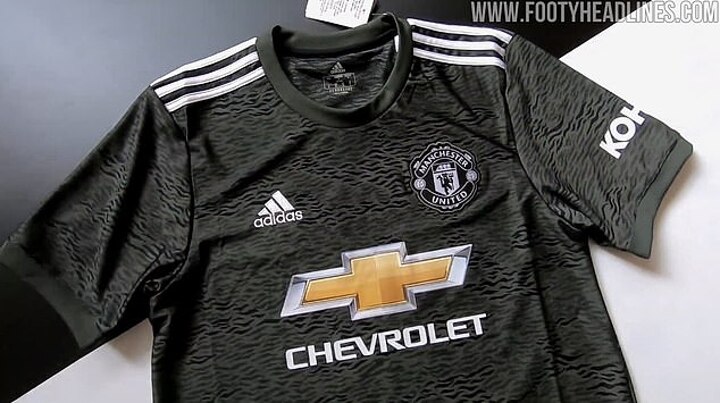 What's not to like? It's a classic West Ham shirt, with all the details that helps supporters remind them of the glory years from the 1960s when they lifted the FA Cup, the European Cup-Winners' Cup... and the World Cup when you consider the contribution Hammers legends Bobby Moore, Sir Geoff Hurst and Martin Peters put into England's Wembley success.

It's not just a throwback for the sake of it though. The strip marks 125 years of the club and it looks very smart, although there is one tiny issue with it.

It's basically the West Ham kit from four years ago to mark their Upton Park exit - the only difference being the Umbro logo and club badge being given the retro blue trim as opposed to the golden colours previously.

Supporters are being asked to part with an awful lot of money for what is essentially just two new badges - and if you get the full kit, white socks. But that's modern day football kits for you. 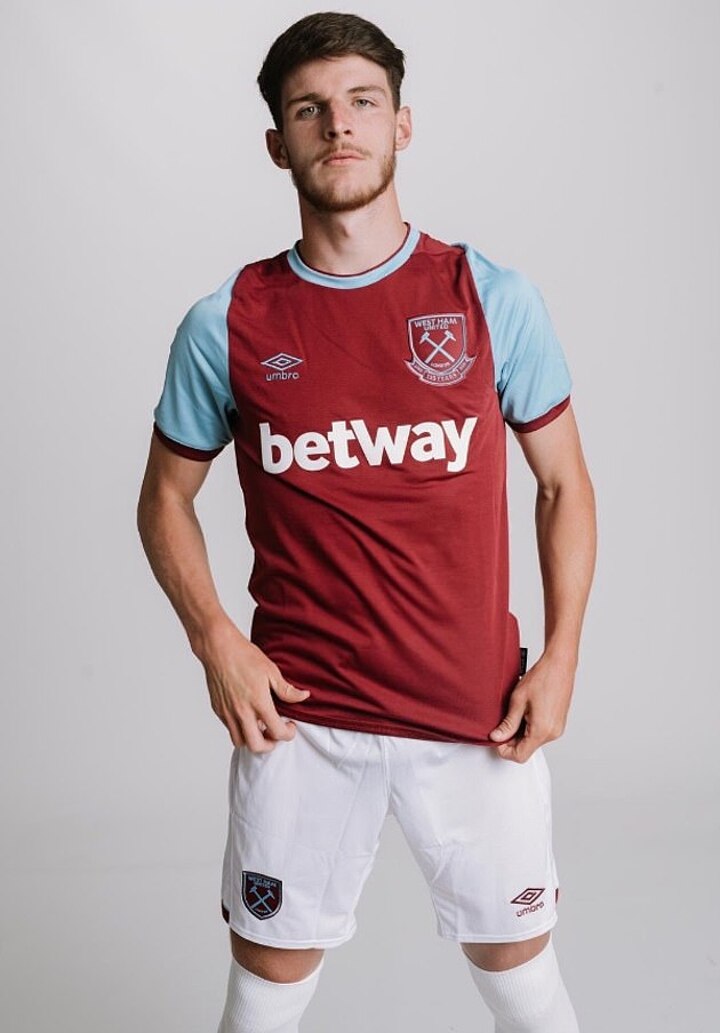 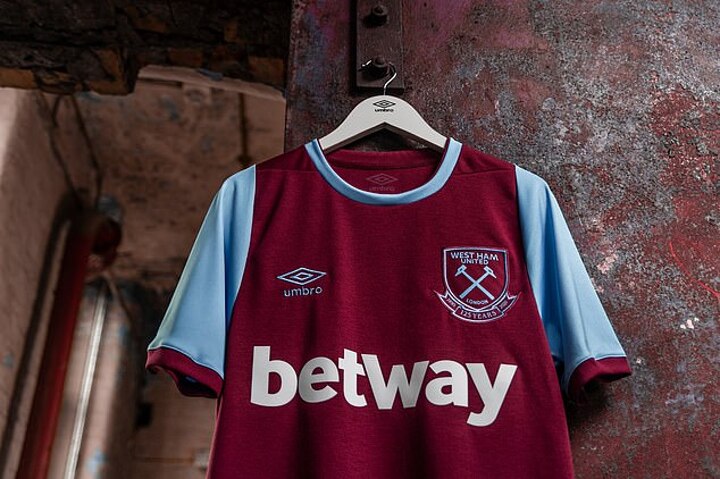