Zinedine Zidane organised a training match for his players during Saturday's training session, which provides an insight into the line-up Real Madrid may use against Manchester City on August 7. 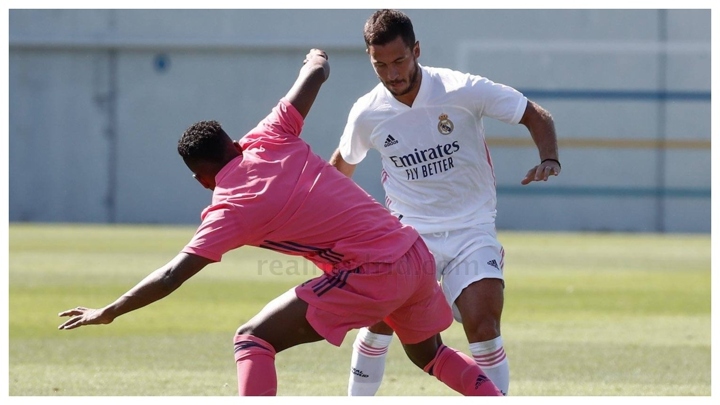 The two teams wore Real Madrid's new home and away kits, which were presented on Friday.

The XI in white had a front three of Marco Asensio, Karim Benzema and Eden Hazard, a midfield trio of Casemiro, Toni Kroos and Luka Modric, a back four of Dani Carvajal, Raphael Varane, Nacho Fernandez and Dani Carvajal, and Thibaut Courtois in goal.

Before the session, club president Florentino Perez visited the players with the aim of cheering them on ahead of the second leg of their Champions League last-16 tie against Pep Guardiola's side.