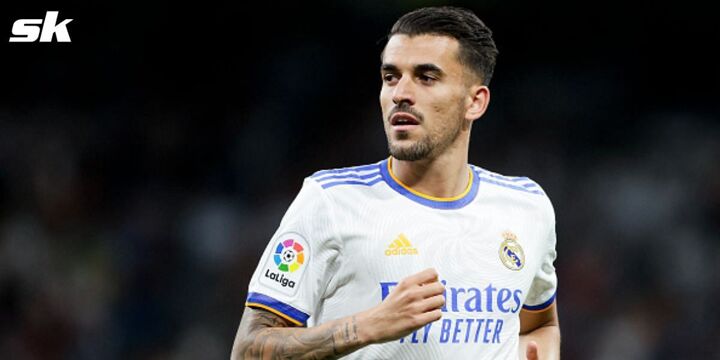 Italian outlet CMW (via TheHardTackle) reports that Los Blancos are looking to step up their interest in Barella, who still has four years left on his current deal with Inter Milan.

The Italian midfielder is fast becoming one of Europe's most admired midfielders.

Despite Madrid having secured the signing of Aurelien Tchouameni, they seem eager to lure Barella to the Santiago Bernabeu.

Both Ceballos, 25, and Nacho, 32, are players on the fringes of first-team football at Madrid.

Ceballos made just 16 appearances last season. Nacho, on the other hand, played 42 games, but most of his appearances came from the bench.

Hence, Carlo Ancelotti may be looking to free up space in his Madrid squad by offloading players surplus to requirements.

Also, Real Madrid need to find a replacement for Luka Modric as the Croatian approaches the twilight of his career. Modric has put pen-to-paper on a new one-year extension with Los Blancos, but Barella may be his long-term replacement in waiting.

Spanish outlet Fichajes had reported that Real Madrid were looking to sign Nico Barella as a replacement for Luka Modric next summer.

Having already sealed the signing of Aurelien Tchouameni, there perhaps wasn't a need for Los Blancos to move for another midfielder.

However, Cadena SER reports that Madrid midfielder Toni Kroos is refusing to commit his future to the club and is assessing his situation.

The German is currently tied to the Santiago Bernabeu until next summer and his lack of commitment may be behind the club's pursuit of Barella.

Kroos, 32, has been a mainstay in Carlo Ancelotti's side but the rise of Eduardo Camavinga and the arrival of Tchouameni may put his place in doubt.