Sevilla want Sergio Reguilon to stay at the club next season, but it won't be easy. 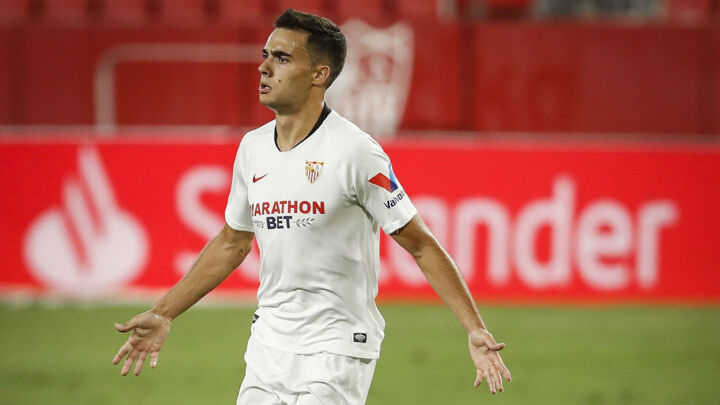 The left-back, who spent the 2019/20 season on loan from Real Madrid without an option to buy, had a good campaign and that has attracted a lot of interest in him.

The most threatening prospect from Sevilla's perspective comes from the Premier League, with Sky Sports reporting that Everton have made an offer of 18 million pounds - roughly 20 million euros - for Reguilon.

Carlo Ancelotti views the 23-year-old as the ideal player to come in and replace Leighton Baines whilst also providing competition for Lucas Digne.

Real Madrid would prefer to sell Reguilon if possible, and Sevilla are ready to pay for the defender.

Reguilon has recently changed agent and is now represented by Kia Joorabchian, one of the influential men in world football, which is considered to be the first step in him leaving the Estadio Santiago Bernabeu.

As well as interest in Spain and England, teams from Italy and Germany have also contacted Real Madrid about signing Reguilon.

So far this season, the Spaniard has played in 34 games for Sevilla (31 in LaLiga Santander, two in the Copa del Rey and one in the Europa League), scoring two goals and providing four assists.

Reguilon will remain with Sevilla until their participation in the Europa League comes to a conclusion, but until then, he doesn't want any distractions.