Former Manchester United defender Rio Ferdinand made a sarcastic tweet after Arsenal's victory over Crystal Palace on the opening day of the Premier League. The Gunners beat The Eagles 2-0 at Selhurst Park on Friday, August 5. 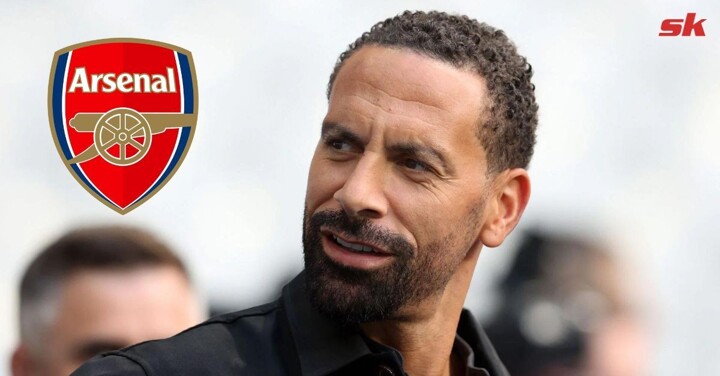 Brazilian forward Gabriel Martinelli opened the scoring after 20 minutes following a well-worked corner routine. Crystal Palace put some pressure on the Gunners defense in the second half. However, an unfortunate own goal from Marc Guehi secured all three points for Mikel Arteta's side to kickstart their campaign.

After the win, Ferdinand tweeted that the Gunners are top of the league with a shock-faced emoji. However, they are the only team in the Premier League to pick up points as it was the opening game of the new season.

"Raaaaaaaa Arsenal top of the League."

The Gunners are expected to have a much better season following their heavy investment in the summer, spending €132.06 million on five players. They have signed some exciting players in the form of Gabriel Jesus and Oleksandr Zinchenko amongst others.

The duo started the game against Crystal Palace and had a decent game. Jesus did not manage to get on the scoresheet for Arsenal. Zinchenko, on the other hand, did provide the assist for Martinelli's opening goal in the first half.

Both of the summer signings failed to complete the full 90 minutes on their debuts. Jesus and Zinchenko were replaced by Eddie Nketiah and Kieran Tierney respectively, seven minutes before the full-time whistle.

When do Arsenal play their second game of the season?

Arsenal's second league game of the new season will be a home game at the Emirates Stadium. The Gunners are scheduled to take on Brendan Rodgers' Leicester City side on Saturday, August 13, 2022.

Leicester City, meanwhile, are yet to play their opening game of the season. The Foxes will take on Brentford at the King Power Stadium on Sunday, August 7.

Following their game against Leicester, Arsenal will face two newly-promoted sides in a row. They will first travel to Bournemouth (20 August) before hosting fellow London-based side Fulham (27 August).

The Gunners have a favorable start to their 2022-23 Premier League campaign and will be wanting to get as many points as possible.