Manchester City winger Leroy Sane has offered an update on his recovery from injury with a comeback date nearing. 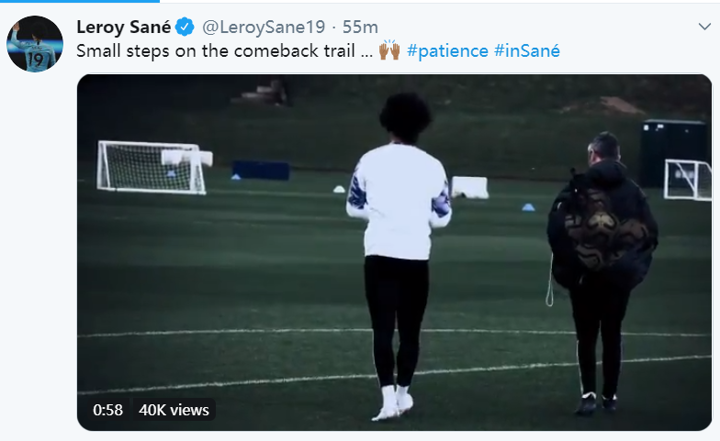 Sane, 24, hasn't featured for the Blues since suffering an serious knee injury against Liverpool during the Community Shield win back in August.

The winger remains heavily linked with a move to Bayern Munich with his contract at City set to expire in 2021.

Nevertheless, he is currently focused on recovering from his injury to play a part in the second half of City's campaign.

The forward posted an injury update to Twitter: "Small steps on the comeback trail ... #patience #inSané."

City boss Pep Guardiola was asked about Sane's progress prior to the Carabao Cup semi final clash against Manchester United.