The Liverpool Tennis Centre is a world away from the glitz and glamour of Flushing Meadows. Squeezed into the back of a public park, next to the West Coast mainline train track, it is an unremarkable place. 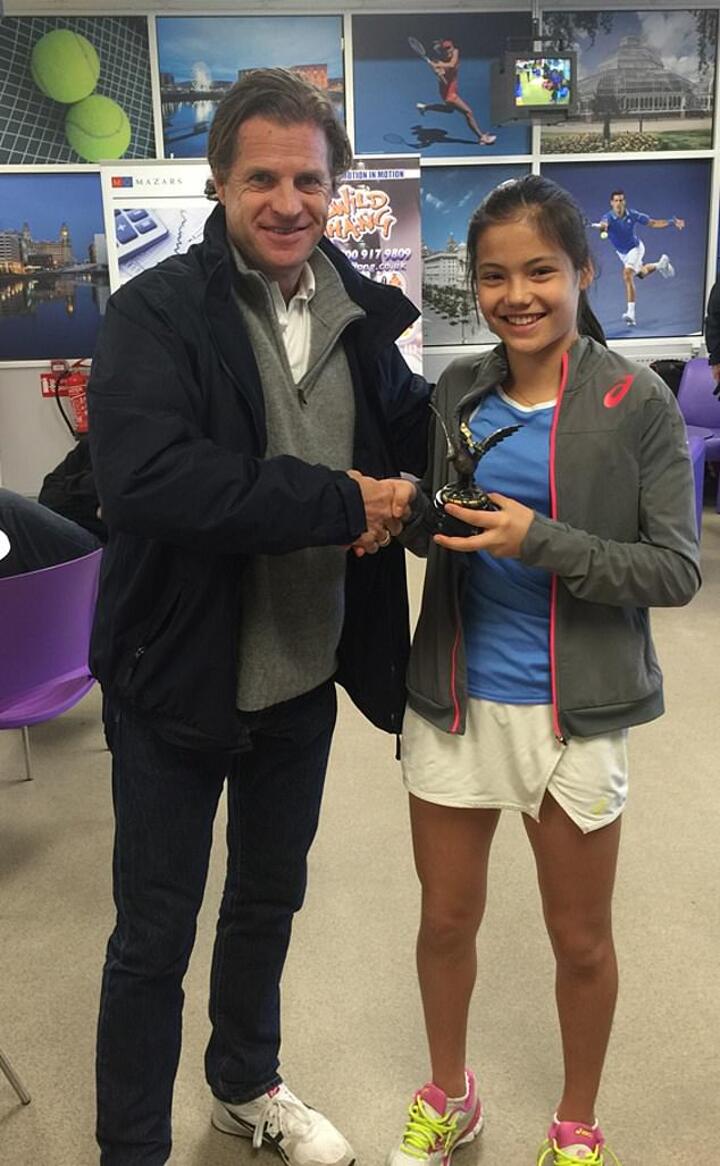 It is, however, home to a remarkable story: for it was here that the teenager who is currently the most talked about sportswoman in the world, developed the winning habit. Emma Raducanu will never forget New York but she will never forget the suburb of Wavertree, either.

In June 2015, the newly-crowned US Open champion was recruited to play a junior event at the Liverpool International Tournament. The competition was launched in 2002, the brainchild of Anders Borg, an ambitious Norwegian, to give players a different option to prepare for Wimbledon.

Russia’s Marat Safin — then the World No1 — was the inaugural winner of the men’s event, when it was staged at nearby Calderstones Park.

What Borg really wanted to do, though, was provide the players of the future with a platform. In the last two decades, some of the biggest names have been to Liverpool, including Novak Djokovic (2005), Caroline Wozniacki (2006) and Eugenie Bouchard (2010).

But when Raducanu played, Borg — an Arsenal fanatic who is based in Oslo — was aware a different type of talent had arrived. She has shown over the course of the last fortnight that she will not hesitate to push boundaries and that was definitely the case in Liverpool. ‘I believe she was 12 when she came to us,’ Borg tells Sportsmail via Zoom. ‘Normally you can’t play Under 18 if you are below 13 but she was just about to turn 13. The fact she was able to play in — and win — an Under 18 event? Wow. When you saw the physical differences of the girls she was playing, she was tiny at the time. 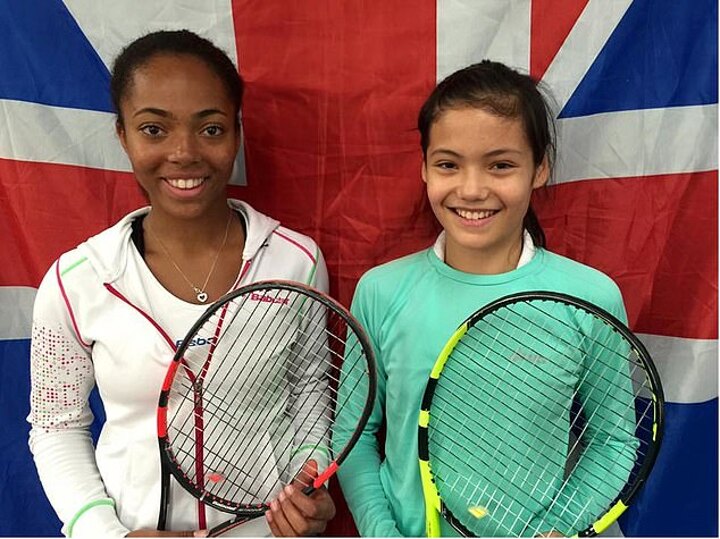 ‘She did the same set-up as in America. Winning six matches against top opponents from all over the world. It was just incredible. I couldn’t believe my eyes. First time she won an ITF Under 18. She was so humble, so articulate and polite. And then she had that smile that could warm anyone’s heart. I guess that is why she has become so popular.

‘Emma was dedicated but it was just the way she kept the ball in play at all times. She returned everything. Her mother was super sweet, so polite. Emma herself was the same and very intelligent. She speaks fluent Mandarin and Romanian. She is so smart, the full package.’

Borg has put his heart and soul into the event, which often goes under the radar, and he has been privileged to see what makes a champion at close quarters.

The magic Raducanu radiates, for instance, was something that Djokovic, who failed in his attempt to win the calendar Grand Slam on Sunday, also exuded. 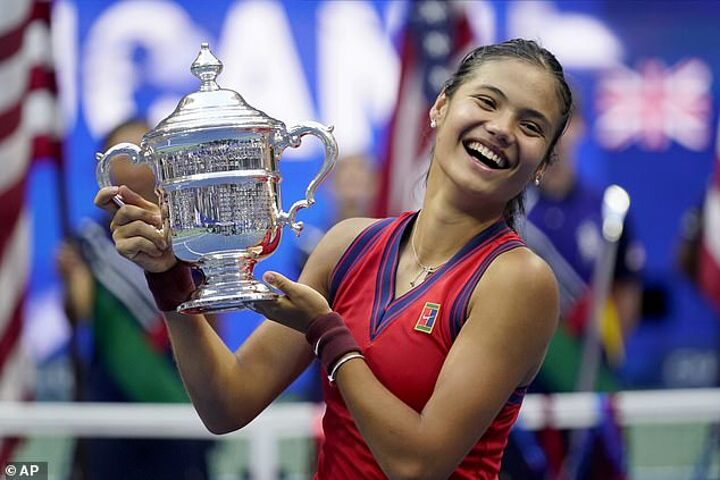 ‘With Novak, you could just hear it in the sound of his racket,’ Borg explains. ‘It was different, cleaner, like nothing I had heard. Like “woof”. He was 17 and it sounded magical. There was no doubt, I realised, he was going places big time.

‘With David Ferrer, he was incredible in another way. He would be in the gym in the morning, then he’d play. He’d then go back to the practice courts and finish the day in the gym. It was a daily routine, six hours of working on his game and physical abilities. His dedication was spot on.

‘Caroline Wozniacki had a game where she didn’t make mistakes, she was always putting her rivals under pressure. Eugenie Bouchard contested the Wimbledon final in 2014, four years after she won in Liverpool.’

The narrative that Raducanu has gone on to produce, though, is something from the realms of fantasy. Borg calls it the greatest Grand Slam win of all time and while he recognises her life has changed beyond comprehension, he is sure she will never forget that first success. 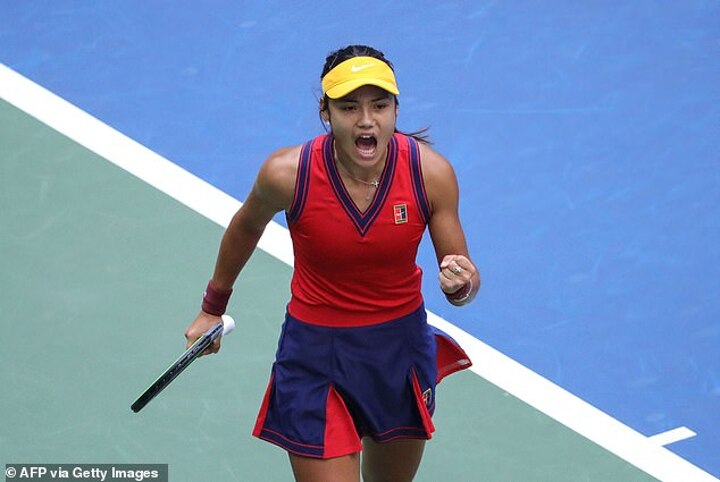 ‘There has been an explosion in self-belief and ability,’ says Borg. ‘Six months ago, she was ranked 338. Wimbledon was important for her. To go through that (abandoning her match), for her to take some stick after it, it built her inner belief and character.

‘She was never going to let that happen again. In hindsight, that was valuable for her. We put Liverpool on the international map in terms of tennis. It wouldn’t be associated with it but for our event. Tennis is a sport for life and the more kids we can get involved, the better it is.

‘I know she liked Liverpool and I know she has very good memories.’ 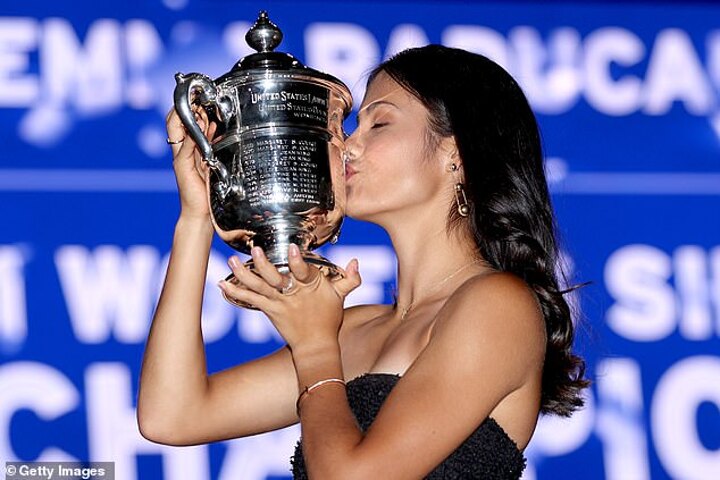