Having seen the Bundesliga in Germany resume their 2019-20 season, Serie A chiefs are looking to follow suit. 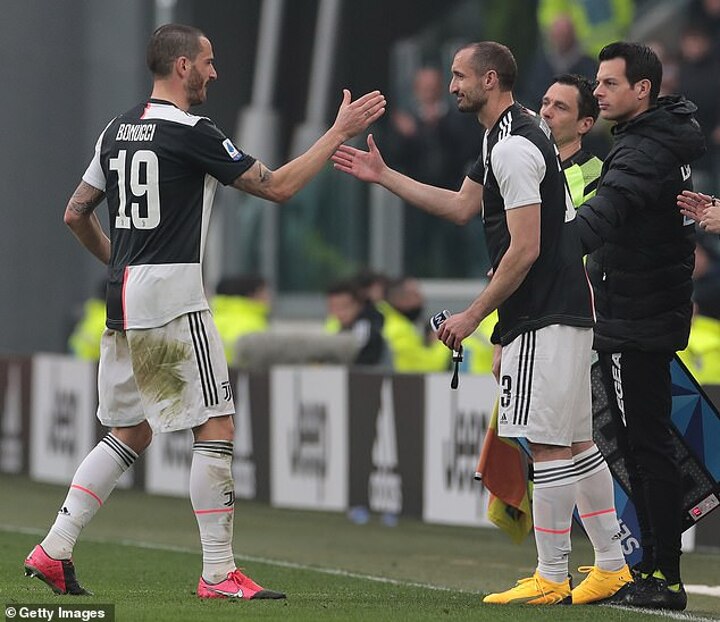 The Italian Football Federation has decided teams in the country's top three tiers must complete the 2019-20 season by August 20, with the 2020-21 campaign scheduled to begin on September 1.

But with a desire to finish the current campaign - with Juventus just one point ahead of Lazio in the title race - a number of strict measures need to be introduced to ensure the safety of players, coaches and others who are allowed to attend. 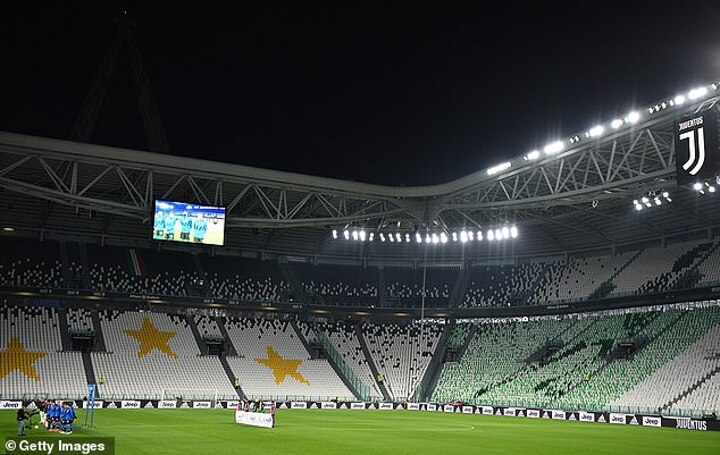 Meanwhile, Italian Minister of Sport Vincenzo Spadafora has confirmed decisions made regarding league competition will be ratified in a council meeting on May 28.

'The Italian Football Federation has expressed its willingness to restart and complete its national professional competitions, marking August 20 as the deadline for Serie A, B and C to close their competitions,' a FIGC statement read.

'Ahead of the restart of sporting activity, it will be the Federal Council's competence to determine the criteria whereby competitions will be finalised.

'Finally, as a result of what has been sanctioned, the 2020-21 sporting season will start on September 1.'

Team photos would breach social distancing and substitutes will be required to wear masks and be separated by at least 1.5 metres, as has been seen in Germany.

Sportsmail looks at the rules that are to be introduced to ensure a safe transition back to playing games.

Everything from the moment players, staff and media arrive at the stadium to navigating through the facility will be strictly monitored.

Protocol will see increased hand-sanitising stations while there will be rules to ensure social distancing is respected throughout.

The teams will enter the pitch separately to avoid meeting in the tunnel, as is typical under normal circumstances.

Handshakes will be prohibited, team photos will be scrapped, and there will be no mascots to accompany the players onto the pitch. These rules represent a new phase of football in Italy. 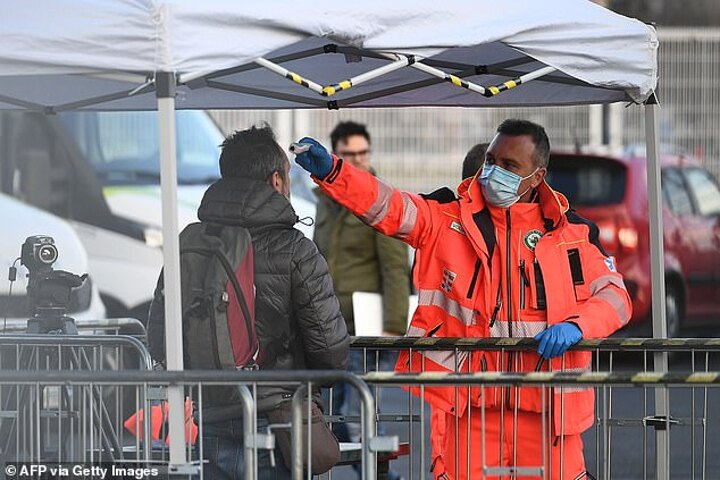 Much like has been seen in Germany, it will be imperative for substitutes and coaches on the bench to keep at least two or three places away from each other.

Everyone must wear a mask while not in action on the pitch.

Managers will only be able to remove their mask to give instructions to his players but in doing so, he must provide the instructions at a distance of at least one and a half metres.

ONLY 300 PEOPLE IN THE STADIUM... AND NO CONTACT WITH REFEREES!

There will be a maximum of 300 people in the stadium and there will be no contact with the referees before the start of the match.

Monumental stadiums that can hold up to 80,000 people will be reduced to a small. number of key workers.

The 300 people allowed to intend does include the players and the non-playing staff of the two teams. 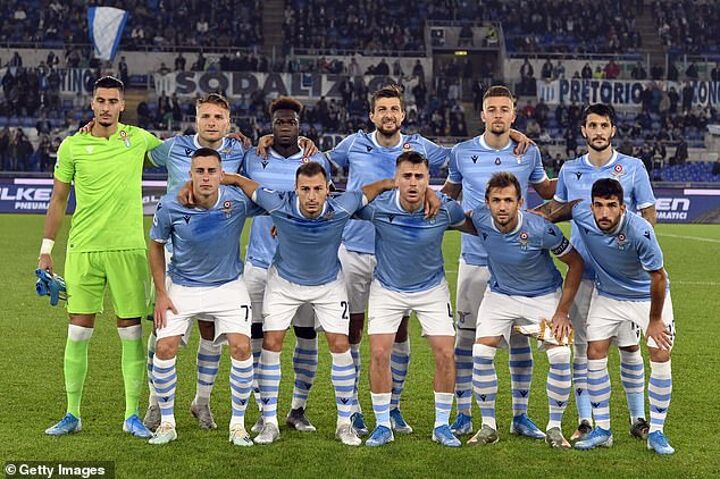 There will be gel dispensers dotted across all areas of the stadium, as well as in the changing rooms, to ensure cleanliness.

Anyone who is involved in the day will have to undergo a health check by completing a questionnaire on symptoms of Covid-19 - it includes eight questions.

Journalists who are eligible to attend games will not be able to access the press room. It will remain closed.

To ensure players avoid contact with saliva, it will be strictly forbidden to spit while on the pitch.

It is an unhygienic habit that has been visible for many years in football but with the current public health situation, a hard line will be taken if players are seen to be spitting.

There will be no more handshakes and the toss of the coin to choose the side of the pitch and who has the ball will no longer be key parts to starting the match.

In another measure to observe social distancing where possible, during the match it will be forbidden to protest decisions and go within less than 1.5 metres of the referee. 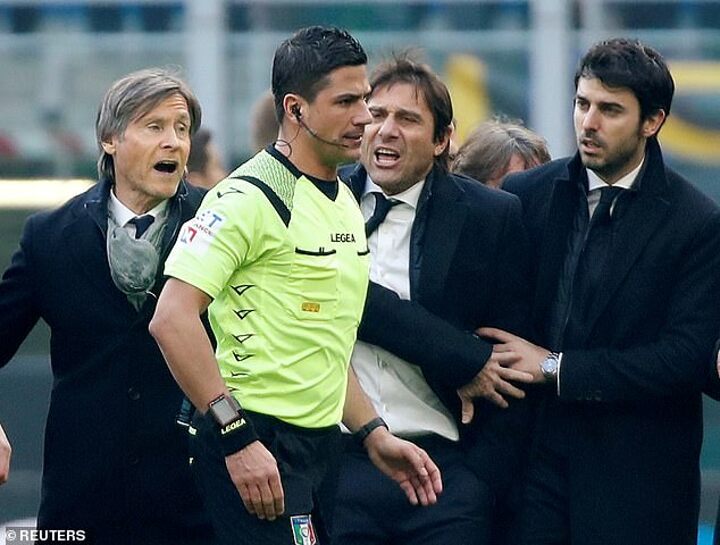 For the changing rooms, the plan is to open up adjacent rooms and as allow for as many chairs as possible to ensure adequate social distancing.

The rooms must be disinfected regularly - even between the end of the first half and the beginning of the second.

Players will only be able to use single showers, without ice tubs or a whirlpool. Only referees may enter the referees' room.