Barcelona are very much still a work in progress. The story of their season so far has been the rise of youth, whether that's Ansu Fati or Pedri. The latter proved his worth after starting against Getafe and, although the result isn't what Ronald Koeman would've been looking for, the signs from his youngsters were positive. 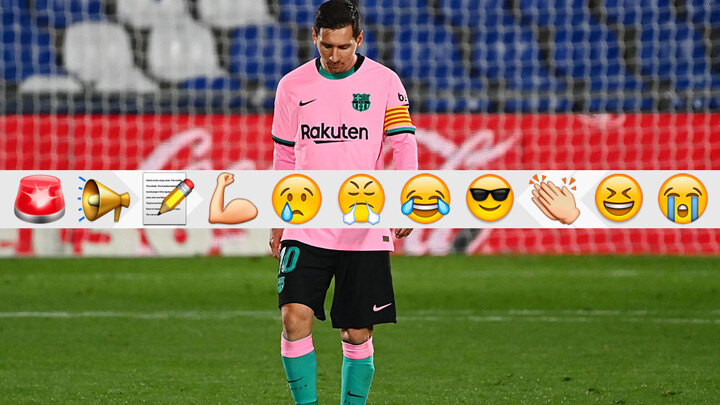 These young players will learn as they go on, whether that's how to understand their opponents better or manage the stages of a game. For now, this is a Barcelona team still in its infancy.

Many thought a 17-year-old Pedri would struggle up against a physically strong Getafe side, but it was quite the opposite. The former Las Palmas player thrived in a No.10 role, showing off his exquisite first touch and eye for a pass.

The teenager's highlight was perhaps his defence-splitting pass to Antoine Griezmann in the first half, which would've turned into an assist had the Frenchman not skied his shot over the crossbar.

Allan Nyom took no prisoners at the Coliseum Alfonso Perez. Koeman and his players were growing more and more agitated with his physical approach to the game.

There were complaints over his late tackles and violence challenges, but Jose Bordalas would've been pleased to see his right-back ruffle a few feathers.

A reckless challenge from Frenkie de Jong ended up costing Barcelona the game.

The Dutch international was too eager to put a foot in to stop Djene and ended up bringing him down.

Ousmane Dembele's performance was, once again, disappointing. Koeman gave him a chance from the start, but the forward didn't make the most of it.

When it came to decision making, he took too long on the ball on some occasions and lost it on others.

He didn't understand the play and was substituted on the hour mark by his boss.