A number of players have agreed short-term contract extensions at Premier League clubs, such as Willian and Pedro at Chelsea. However there remains uncertainty surrounding several players' futures as the June 30 deadline edges closer. 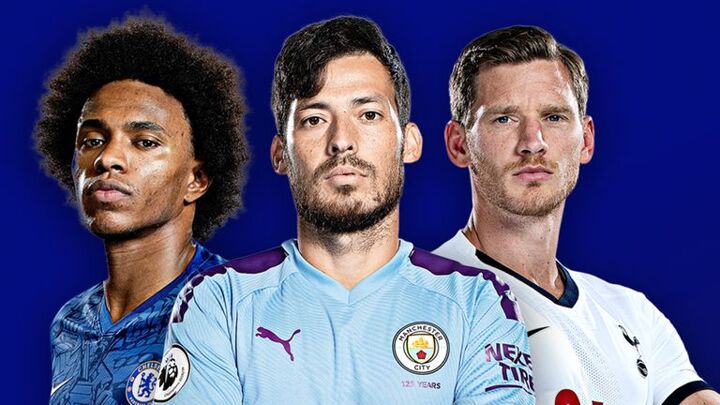 Sky Sports News looks at each club and which players have agreed to stay or will leave on July 1 - even though the season will not have finished - and who else's next move is still to be confirmed as the clock ticks down... 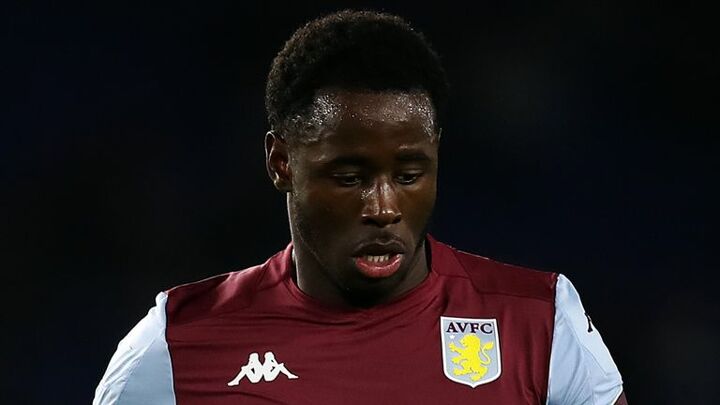 Aston Villa activated a one-year option in Keinan Davis' contract, so he will continue without the uncertainty for now. He has also started in both the Sheffield United and Chelsea games since the restart, in a suggestion of how much Villa see his long-term future with them.

Fellow striker Borja Baston, who played just 16 minutes after joining on Deadline Day in January, has been released by the club. 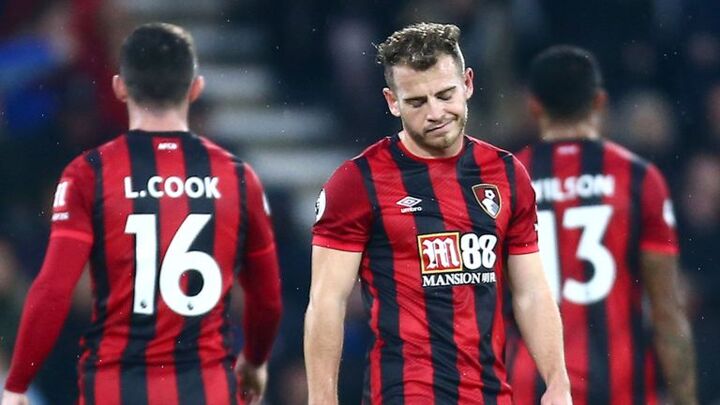 Ryan Fraser, Jordon Ibe and Jermain Defoe will all leave the club on June 30.

Fraser rejected the offer of a new contract, so Eddie Howe confirmed he would not feature again, while Ibe was not offered the chance to stay, even until the end of July. Defoe had already signed a pre-contract agreement with Rangers.

Charlie Daniels, Andrew Surman, Simon Francis, and Artur Boruc all agreed to short-term extensions until the end of the season, along with Brad Smith, who has been on loan at Cardiff City in the Sky Bet Championship.

Harry Wilson will see out the season with Bournemouth after signing an extension to his loan deal from Liverpool. 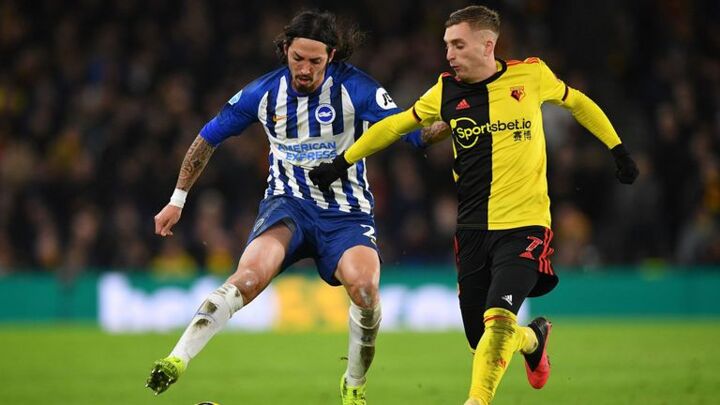 Beram Kayal and Ezequiel Schelotto have signed short-term extensions to keep them at the club until the end of the current campaign.

Both players were set to see their previous deals expire at the end of the month, but have now agreed to stay on to see out the conclusion of the 2019/20 season. 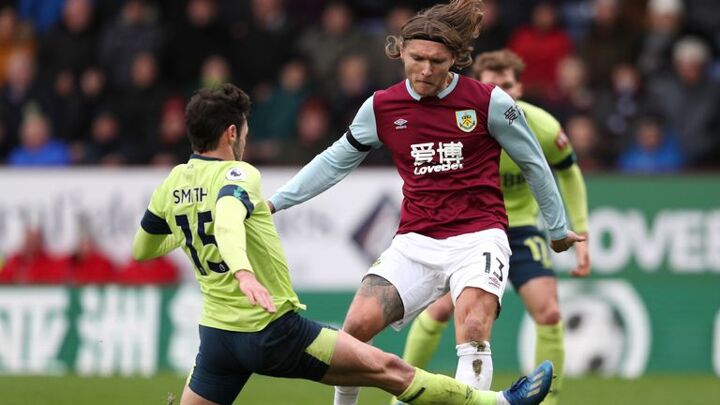 Both Aaron Lennon and Joe Hart will leave Burnley when their contracts expire on June 30. Phil Bardsley will remain at the club after agreeing a new one-year-deal. However, Republic of Ireland international Jeff Hendrick looks set to depart after rejecting a contract extension, amid interest from AC MIlan.

Adam Legzdins has been fourth-choice goalkeeper at the club and is set to be available on a free transfer on July 1. 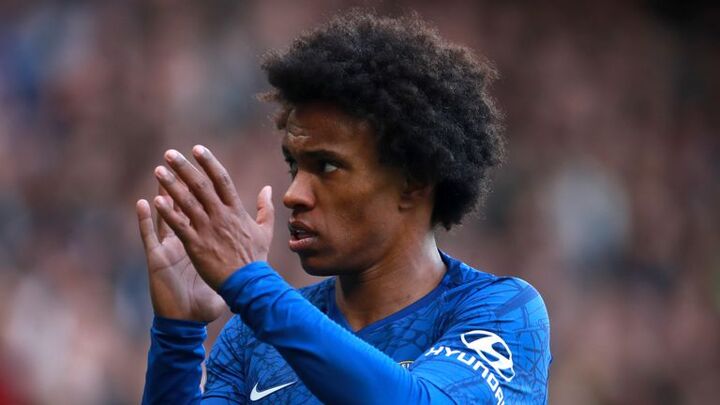 Pedro will join Roma once his deal at Chelsea expires at the end of the season. The 32-year-old signed a short-term deal to remain at Stamford Bridge until the end of the current campaign, before agreeing to join the Serie A side on a two-year-deal with the option for a further 12 months.

Willian has also agreed to see out the remaining games of Chelsea's season, however uncertainty remains about the Brazilian's future beyond this campaign. The 31-year-old has reported interest from Tottenham, Arsenal and Manchester United.

The Brazil star has said publicly there had been talks over a new deal at Chelsea but the two sides were unable to come to an agreement.

Olivier Giroud and Willy Caballero both agreed to new one-year deals at the club last month.

Stephen Henderson is the only player out of contract at Selhurst Park and, given there has been no confirmation of at least a short-term extension yet, he looks set to leave after June 30. 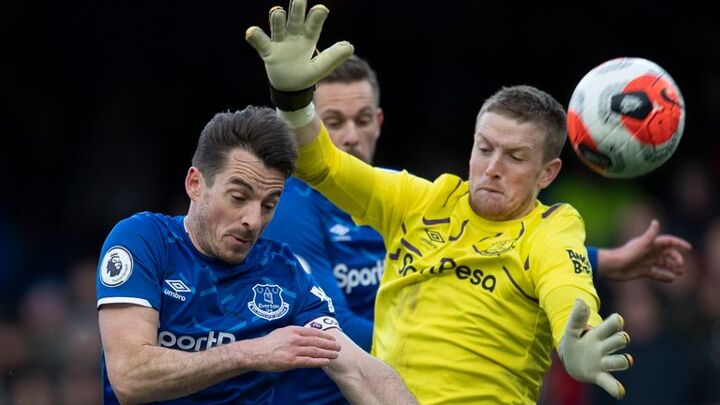 Everton have agreed a short-term deal to keep Leighton Baines for the remainder of the season and have also offered the left-back an additional 12-month contract extension.

Right-back Djibril Sidibe, who is on loan from Monaco, will also remain at Goodison Park until the end of the campaign after the two clubs agreed to extend his stay on Merseyside.

Maarten Stekelenburg has agreed to stay on until the end of the season before joining Ajax.

Meanwhile, Oumar Niasse, Cuco Martina and Luke Garbutt will all leave Everton at the end of June when their contracts expire. 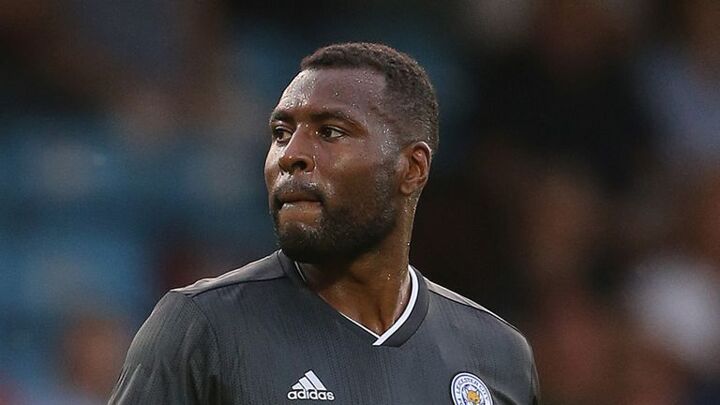 The Foxes do not have any issues towards the deadline, with Christian Fuchs, Wes Morgan and Eldin Jakupovic all having signed new one-year deals and both Andy King and Nampalys Mendy agreeing to stay until the end of the current campaign.

King, who is currently on loan at Huddersfield, will leave Leicester later this summer, however, and there is uncertainty over the long-term future of Mendy at the King Power. 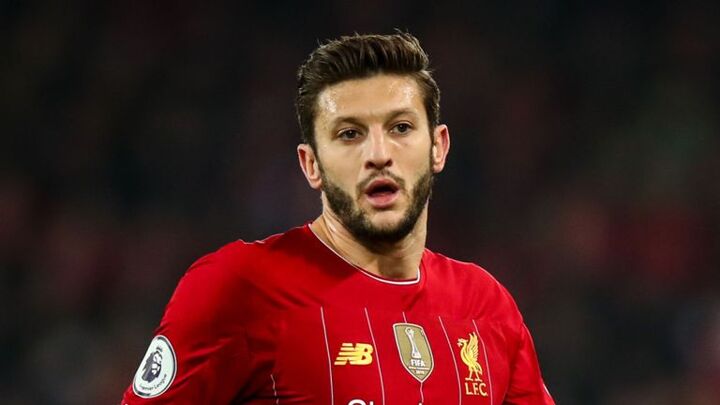 Adam Lallana has agreed to remain until the end of the campaign and inevitably lift the Premier League title before bowing out of his time at Anfield. The same has been decided for Andy Lonergan, who joined as training competition for Alisson before signing a one-year deal to cover for Adrian.

Nathaniel Clyne, however, has not been part of the squad and Liverpool have confirmed the full-back will leave the club when his contract expires on June 30. 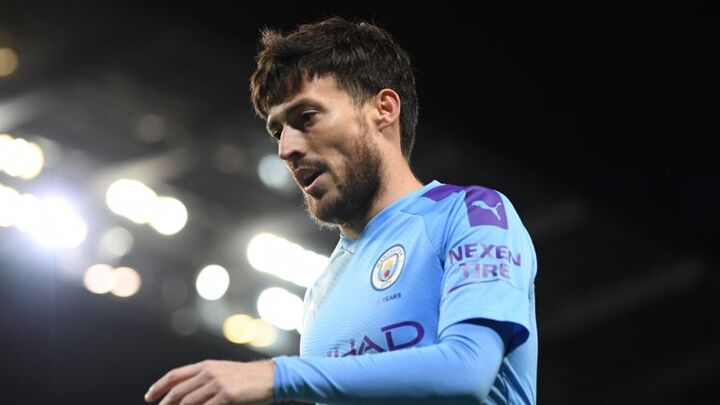 David Silva and Claudio Bravo have both agreed to remain until the end of the season before moving on to pastures new. After 10 years and 14 trophies, including four Premier League titles, the 34-year-old Silva will earn a permanent place in City's history. At 37, Bravo's next move looks unclear. 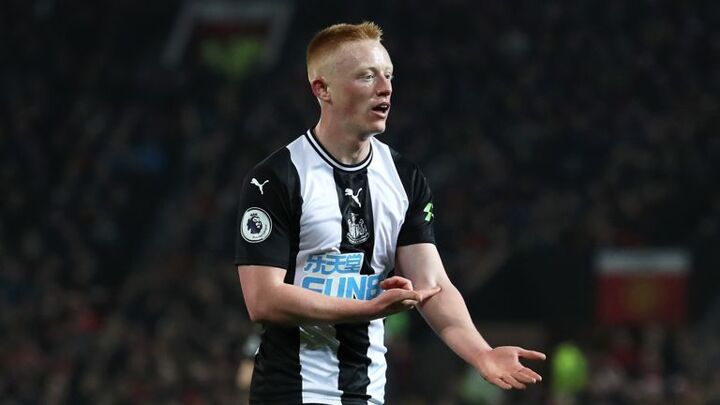 Manager Steve Bruce recently confirmed that all of their out-of-contract players had agreed to stay until the end of the season. The high-profile names on that list are Javier Manquillo, Matty Longstaff and Andy Carroll.

Jack Colback, Rob Elliot and Jamie Sterry were also due to see their deals expire and, although not specifically mentioned by Bruce, should also be in that group. The long-term futures of these players remain more unclear, however. 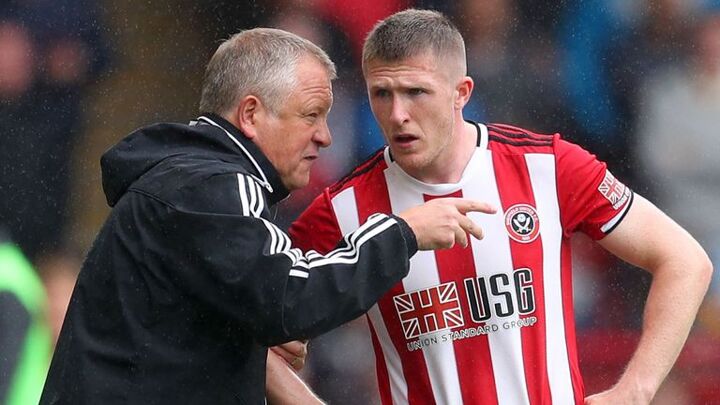 Manager Chris Wilder recently said talks had taken place with the first three over extending at least until the end of the campaign, but there was no mention of Clarke.

John Lundstram has a one-year option in his deal that United would be expected to trigger, although there has been no official confirmation of that so far. Ricky Holmes is the other player out of contract and he has not featured at all in the Premier League, and has mentioned the idea of retiring. 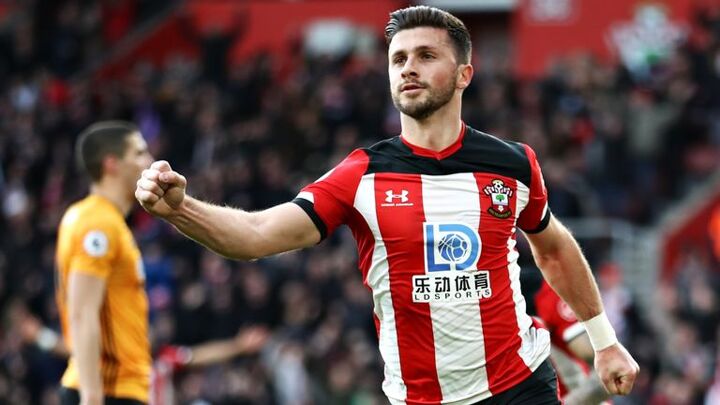 Shane Long was the only player set to be out of contract this summer, and he signed a new two-year deal last month.

Jan Vertonghen and Michel Vorm agreed to extend their existing contracts with Tottenham until the end of the 2019/20 season.

Spurs had until Tuesday, June 23 to agree extensions with players out of contract at the end of the month and left it late with Vertonghen. 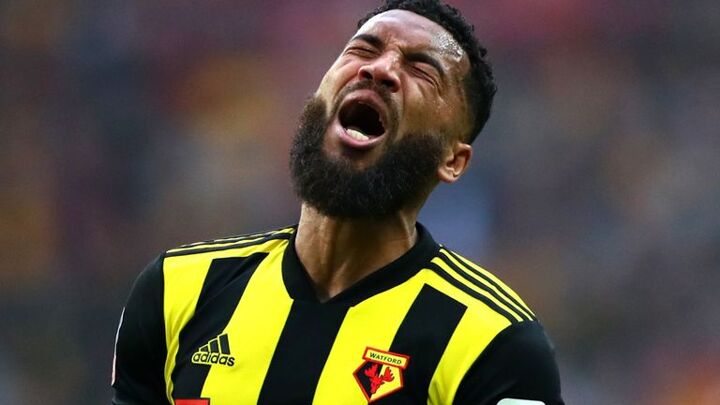 Ben Foster has been first-choice goakeeper at Watford so it was no surprise to see him recently given a new two-year contract, while his deputy Heurelho Gomes is one of three others who have agreed to stay on until the end of the campaign. Jose Holebas and Adrian Mariappa are the other two players. 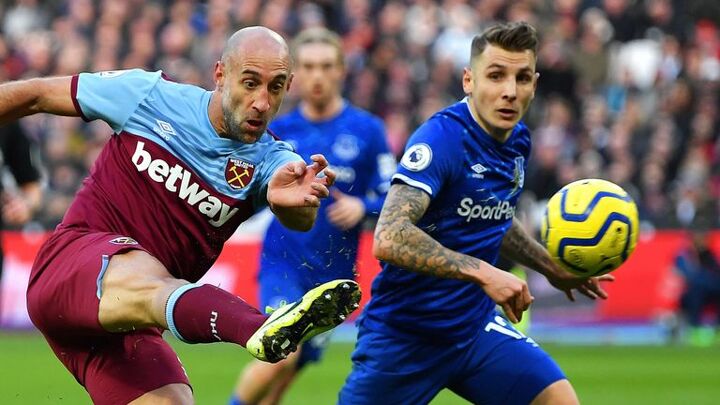 Pablo Zabaleta will leave West Ham when his contract expires on June 30. The full-bacl was offered a new short-term extension until the end of the disrupted 2019-20 campaign, but an injury prevented him from accepting it.

Carlos Sanchez and academy graduate Jeremy Ngakia, who turned down a new deal, are also set to depart the club when their contracts expire on June 30. 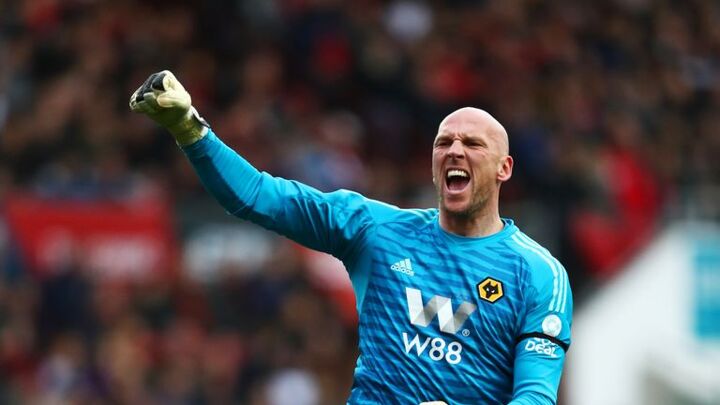 John Ruddy has had the option in his contract taken, and therefore extended until 2021. Bright Enobakhare left the club last month after his contract was terminated by mutual consent, while Phil Ofosu-Ayeh is expected to leave after June 30.