Nuno Espirito Santo would have been left a very satisfied coach after his Tottenham team beat Colchester 3-0 in a promising pre-season performance. 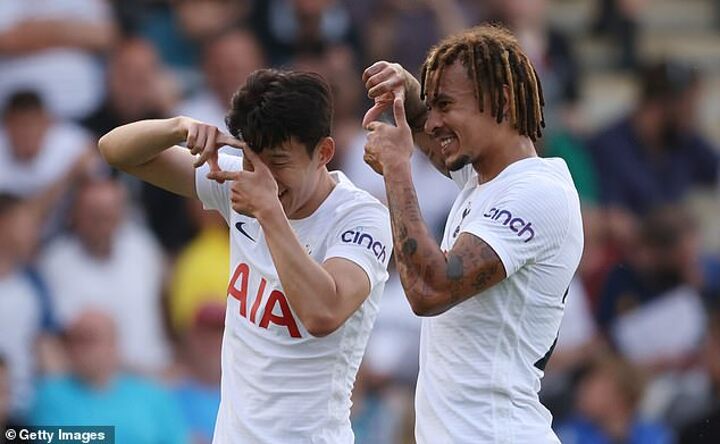 His tenure began with a 1-1 draw at Leyton Orient at the weekend but his players upped the quality and tempo in their second friendly to clinch the comfortable win.

With a number of first-team big names taking to the field, including Son Heung-min in his first appearance since returning from holiday, Spurs were notably lifted. 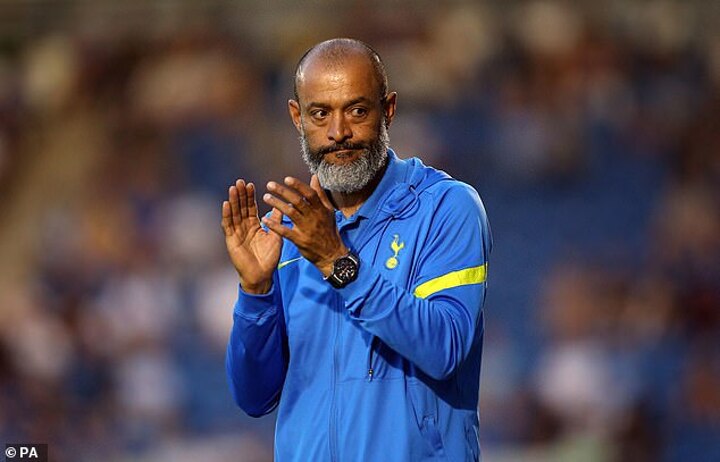 It was Son who opened the scoring after just 11 minutes following a lovely, flowing passage of play from the visitors' frontline.

Lucas Moura released Steven Bergwijn in behind down the right-hand channel, and the forward then in turn unselfishly laid across for Son to tap home from close range.

Despite only having a couple of training sessions under his belt, talisman Son was superb, and he turned from scorer to provider for Tottenham's second.

A corner-kick was whipped in by him towards the front post, where Moura rose highest to neatly flick across goal and into the bottom corner.

Son also laid on Spurs' third in the first-half, with his nonchalant ball in taking a deflection before Dele Alli bundled home just yards out.

Pre-season is solely about fitness, of course, but the manner of the performance and the result will have delighted boss Nuno.

There was an improved tempo, more creativity and smiles on the faces of Spurs' players, and here is what else Sportsmail learned from the game...

A lot of questions were asked about the nature of Tottenham's system for their second pre-season friendly.

In the end, the formation neatly shifted between a 4-3-3 and a 4-2-3-1, with Alli dropping into a couple of roles to help with the transition.

When defending, Spurs took on the 4-3-3 with Alli on the left of midfield, before the playmaker then moved into the No 10 role when the visitors were in possession.

Interestingly, Spurs mainly used the latter set-up in the draw against Leyton Orient, but supporters can expect the team to switch it up when needed this season.

Nuno favoured a three or five-man defence during his time at Wolves, and it still remains to be seen whether he introduces a similar blueprint in north London. 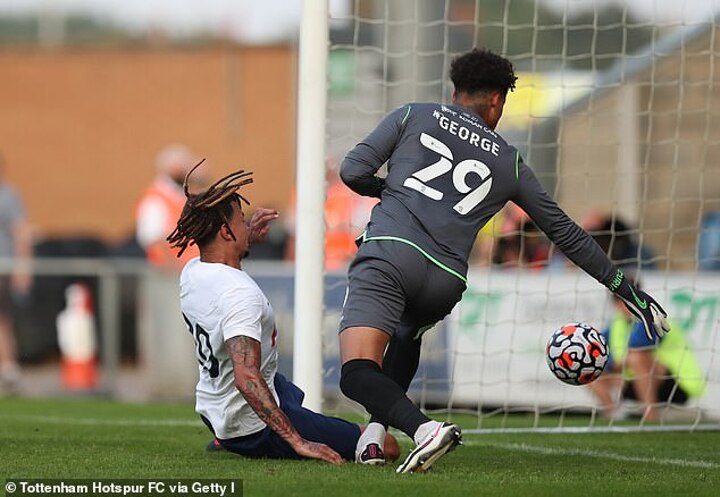 To little surprise, central midfielder Oliver Skipp looked right at home at the heart of Tottenham's line-up in this one.

Having spent last season on loan at Norwich, Skipp has developed a superb maturity, and he remains beautifully composed when on the ball.

A misplaced pass is a staggering rarity for him, and Skipp was able to show off his range of vision during the first-half to help Tottenham progress up the field.

Even the home crowd were unable to stop themselves from appreciating one particular ball out wide, which released Bergwijn after the pass fell into his stride.

There is a possibility that Skipp is sent out again this season, but there is no doubting he will be ready for firs-team action should Nuno call on him. He may have been forced to wait until the second half for his opportunity, but Dane Scarlett was another of the youngsters to impress for Tottenham.

The fledgling ace even netted after a lovely floated ball into the box, having swept a wonderful first-time finish into the corner, but the offside flag was unfortunately up.

Although the timing of that run was slightly misjudged, Scarlett looked razor sharp during his 45-minute cameo, just as he did against Leyton Orient.

With a direct style of running, a quick turn of space on the ball and awareness beyond his years, he has a very promising future indeed at Spurs.

Scarlett would have wanted to have scored, but Nuno will have been given plenty of food for thought as he ponders over the options in his first-team squad. 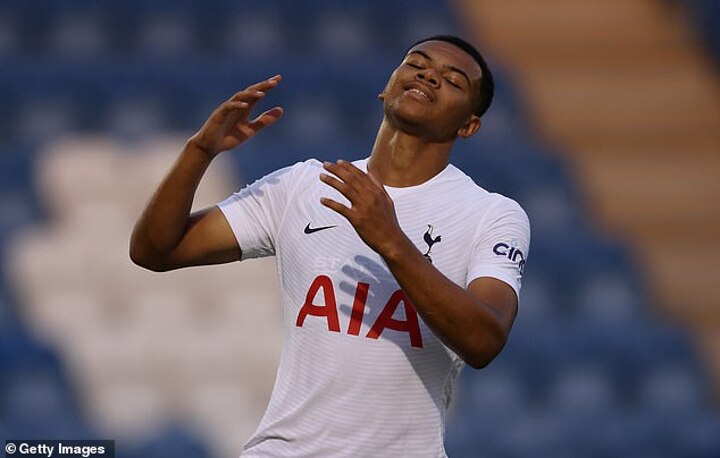 Admittedly, this one could simply just be taken as a given. The fact that Son Heung-min impressed comes as no great shock.

However, it was the sheer energy underneath his performance that is notable here. His goal was well-taken, and his display saw him cover almost every inch of grass.

Son harried Colchester at every turn, and even looked to have that classic glint in his eye when carving out chances for his team-mates.

This was his first pre-season appearance, and came after just a handful of sessions at the club after he returned following a well-earned holiday.

He may have only played for the first-half, but Son connected silkily with those around him and looks as though he will hit the ground running under Nuno. 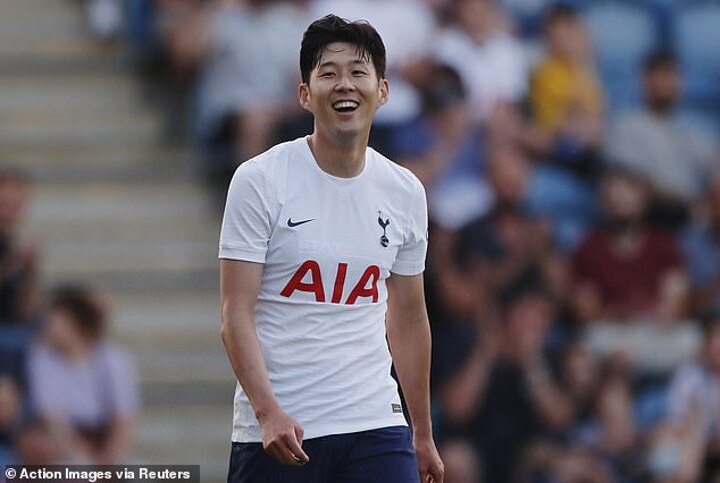 The introduction of several first-team regulars helped Tottenham quickly click into, and then keep hold of, a very promising pre-season rhythm.

At this stage, results simply don't matter, but aspects of the performance against Orient showed the early weariness and lack of sharpness on the part of some.

This time around, none of that was visible. There was more ingenuity when piecing together moves, and the fluid nature saw a number of players express themselves.

The return of Son certainly helped, as did the metronomic presence of Skipp in midfield, and Nuno will have been delighted with the step-up in tempo.

With the increase in speed and work-rate, Spurs' squad also gained more invaluable minutes in their legs as they gear up for the new campaign. 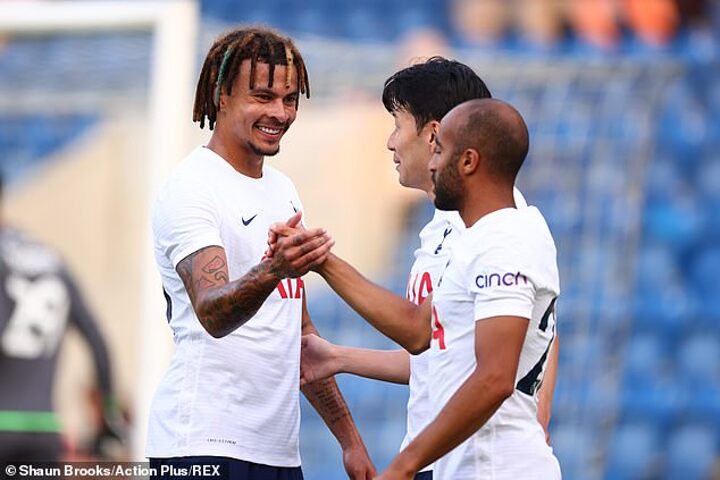 There were some very interesting and well-worked passages of play for Tottenham in this game, particularly throughout the first half.

With both the ball in play and at set-pieces, Spurs looked to have a better grasp of Nuno's methods, and several routines were tried out with good results.

The new coach's front line was on the same wavelength through the middle, and the two widemen also often drifted out on the touchlines to provide natural width.

In the end, the approach kept Colchester on their toes, and Tottenham will certainly need to play quickly in this manner to hurt Manchester City on August 15.

They were also dangerous from set-pieces, with Son picking out Eric Dier from a number of corners and setting up Moura to flick home the second goal.