The new season is fast arriving and it appears only a matter of time until Manchester City delve fully into the transfer market. 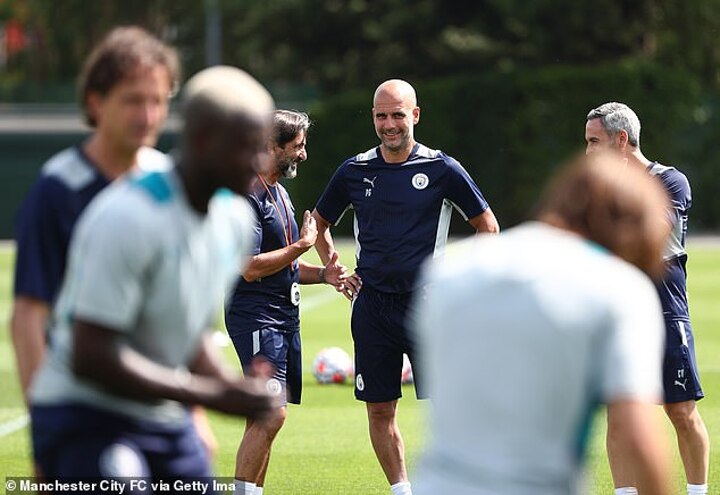 After wrestling the league title back from rivals Liverpool, Pep Guardiola has made no secret of his desire to improve his senior ranks.

The Spaniard is desperate for an elite level striker to replace the departed Sergio Aguero, while creativity is also needed in the midfield to keep City moving nice and fluidly around talisman Kevin De Bruyne.

City are waiting for the perfect moment, given that any big spending in the transfer market will immediately have a knock-on effect across the Premier League and beyond, with transfer fees fluctuating as more clubs obtain more money to spend with.

With this in mind, Sportsmail takes a look at how the defending champions could be lining up next season as they compete on four fronts once again.

The ever-reliable Brazilian seems to get better every season for City and looks to have finally displaced his rival Alisson Becker in the national team.

Ederson will enter the season have gone all the way to the Copa America final with Brazil, and will be raring to get back to winning ways.

A fiery character leading from the back, Ederson is pivotal to the way City play. His long passing and precise distribution could additionally be hugely beneficial to the incoming signings. 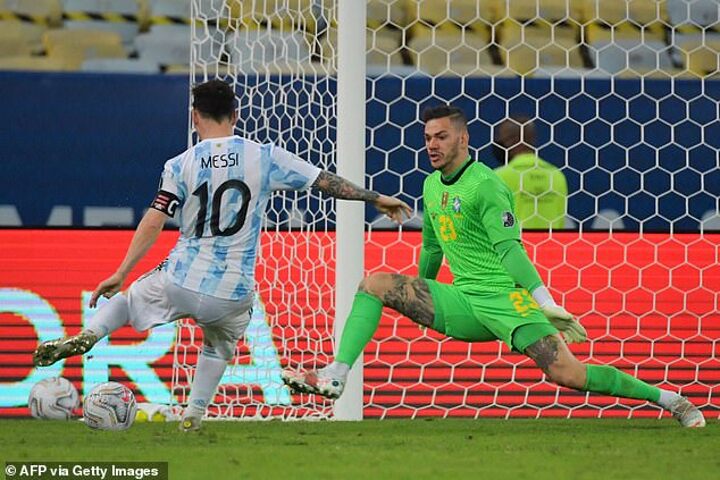 Rightly deserving of a place in UEFA's Euro 2020 team of the tournament.

Walker was brilliantly consistent for England during the European championships and used all of his experience to his full value.

Once rested and returned to the pre-season set up, Walker will no doubt be given a longer period of re-climatisation before being thrust straight back into Guardiola's plans.

After a sublime debut campaign which could not have gone any better, Dias will be the main man at the back for City.

The former Benfica man hit the ground running and now, with Virgil van Dijk finally returning for Liverpool, all eyes will be on the duo to determine who is the best centre half in the top flight.

For many years the back line had been a concern for Guardiola, but Dias' standing means no further investment will be needed in the central areas. 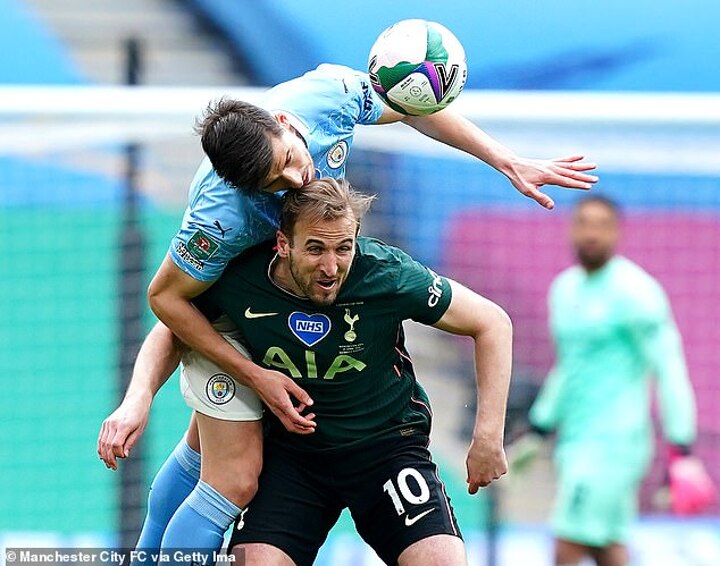 The unlikely hero of last season, the comeback of Stones left many football fans shocked.

Just 12 months ago Stones was heavily linked with a summer departure to Crystal Palace in order to get game time, but the 27-year-old had other ideas.

Grasping his chance in the team when injuries struck, Stones quickly embedded himself in the starting XI and never looked back.

Next season he is likely to feature alongside Dias again as the two continue to build upon their blossoming partnership. Aymeric Laporte, from the subs bench, will no doubt be itching to get his chance.

Guardiola finally got the tactical versatility out of the Portuguese star, and at long last the big money paid to Juventus for his services appeared justified. 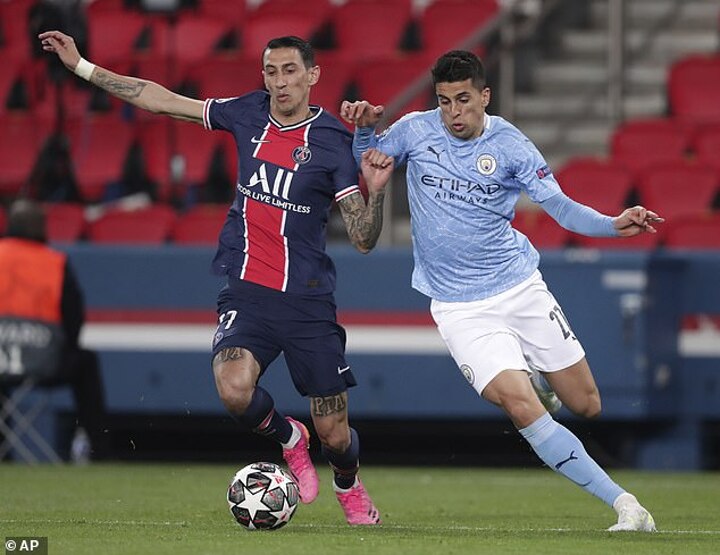 After missing the European championships through injury, Cancelo will be desperate to get back into the action with City and continue improving his game in the Premier League.

As far as approach goes, expect Guardiola's defence to be just as attack-minded as last season.

The elder statesman of the City team, Fernandinho was badly missed in the Champions League final back in May.

By the time he was brought on in the Estadio Do Dragao, it was too late.

Guardiola will have no doubt learned his lesson, and a defensive midfield base of Fernandinho alongside Rodri could feature more often next season.

The Brazilian not only offers experience and leadership to the side, but also tenacity and a vast array of passing ability.

Spanish star Rodri can be the metronome on his day for City, though Guardiola will demand more consistency from him next season.

Should City acquire the necessary firepower upfront, Rodri's break-up play in the middle of the pitch will be vital for the ball to be turned over through the midfield and into the opposition final third.

And here we come to the first major signing of the summer.

Guardiola has noted Grealish down as one of his top summer transfer targets, and appears to have a very specific vision in mind for the England international.

Grealish knows the Premier League like the back of his hand, and has regularly dazzled in an Aston Villa side with vastly inferior players around him.

At City it would be a different ball game completely, meaning Grealish could raise his game to an even more frightening level. 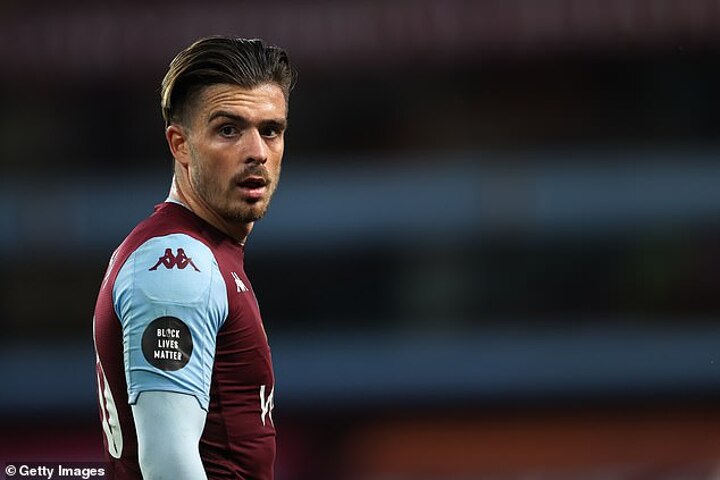 As recently reported, though, Grealish is said to be having second thoughts over the proposed £100million move, given how quickly he is rising into a top European talent with Villa.

At City however he would soon gain a taste of Champions League football, and would without question offer Guardiola's side a difference dimension.

As has been seen on several occasions before, when City really want their man, they almost always get him.

Perhaps still smarting from his cruel exit in the Champions League final, the Belgian will enter the campaign feeling like he has a point to prove.

Once again the standout player for City last season, De Bruyne will form the central axis of the midfield and be the link between the attacking ranks.

The potential arrival of Grealish will be a fascinating one, to see how the England star slots in alongside De Bruyne and develops and understanding.

It's clear to see the two playing types of both men would compliment one another kindly, which could be a mouth-watering prospect for City fans.

After his breakthrough season, Foden is expected to achieve even greater levels.

Guardiola has been nurturing the fleet-footed star for years and now Foden truly knows his place in this side, having stepped in to fill the large boots of club legend David Silva.

It can be expected that Foden would continue to flank De Bruyne in a three-piece behind the striker, particularly if Grealish is recruited from Villa.

However, it is the main striker up top who Foden could connect best with, should City be able to produce the best business of the window.

England's most prolific finisher could well be up for grabs and City have made absolutely no secret of their admiration.

Kane finished last season giving off all the signs of a player who wants out of Tottenham, to head elsewhere and really start challenging for trophies on a regular basis.

Spurs are digging their heels hard, but City will not back down without a fight. 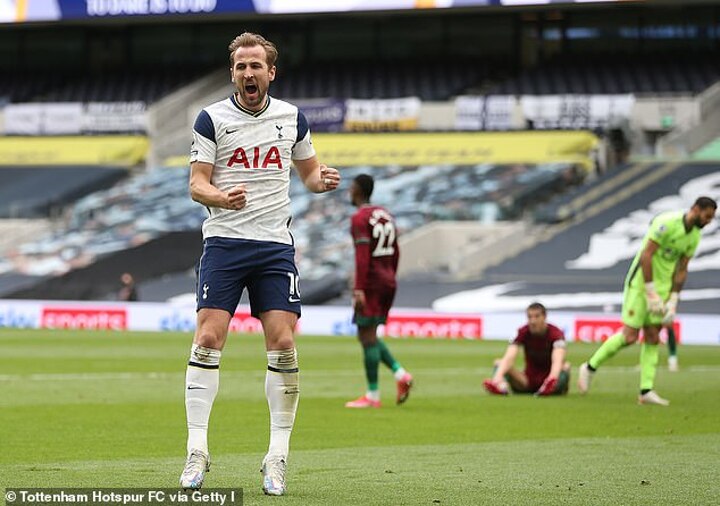 Should be be acquired, Guardiola would put Kane front and centre and likely place him on the team-sheet as a sole striker, with a very competent support cast.

Kane would receive the telepathic service of De Bruyne, which for title rivals does not even bear thinking about.

Grealish and Foden would also connect well with their compatriot, having spent the summer working closely alongside him during England's march to the Euro 2020 final.

His arrival would spell bad news for the likes of Gabriel Jesus, but Guardiola certainly would not be losing any sleep over this. He came so close to the Champions League with City, and the addition of Kane would put him right back on the cusp. 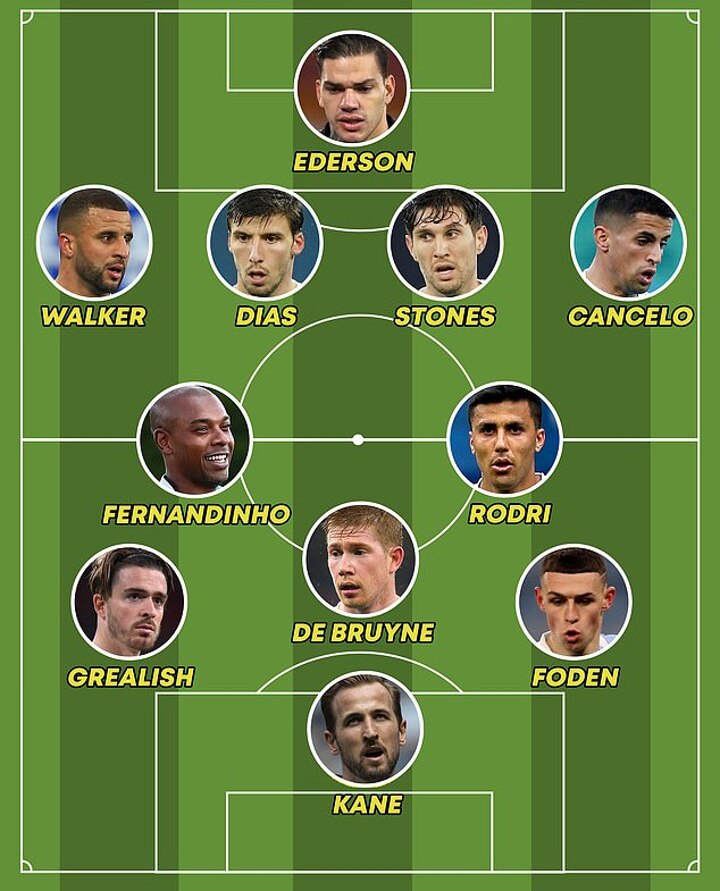 Zach Steffen - Young keeper still earning his stripes and likely to be offered chances in the cup competitions once again.

Nuno Mendes - Another potential new boy. Guardiola has shown in the past he is very much willing to spend big on defenders but this deal may arrive late in the window if it happens, given that Sporting Lisbon are holding out for an inflated fee. 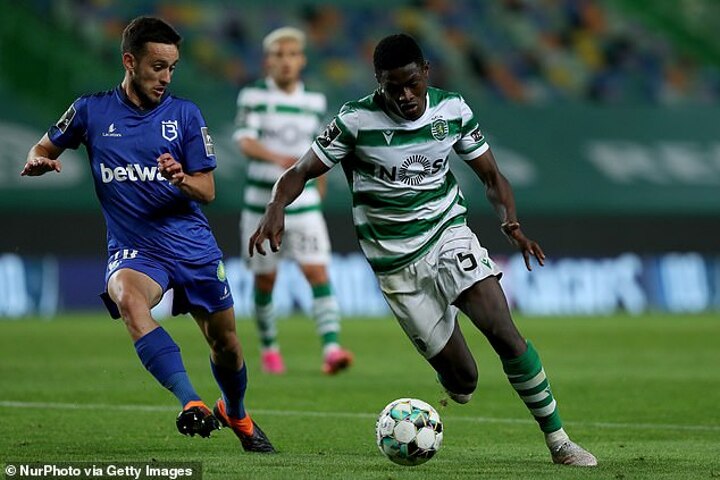 Aymeric Laporte - Despite being one of the standout performers for City in recent years, the France-born Spain international faces another season of trying to displace either Dias or Stones.

Ilkay Gundogan - The German is poised to be another regular in Guardiola's ranks, but may drop to the bench on occasions when the manager needs a defensive midfield base in front of the back line. When the deep-lying Rodri and Fernandinho do not play, carnage can unfold... as City found out in the Champions League final.

Bernardo Silva - Still fighting to become a first name on the team sheet, Silva very much has Guardiola's approval be must somehow oust Foden.

Raheem Sterling - Though he fell out of favour at the end of last season, his sizzling Euro 2020 with England should be enough to salvage his City career. 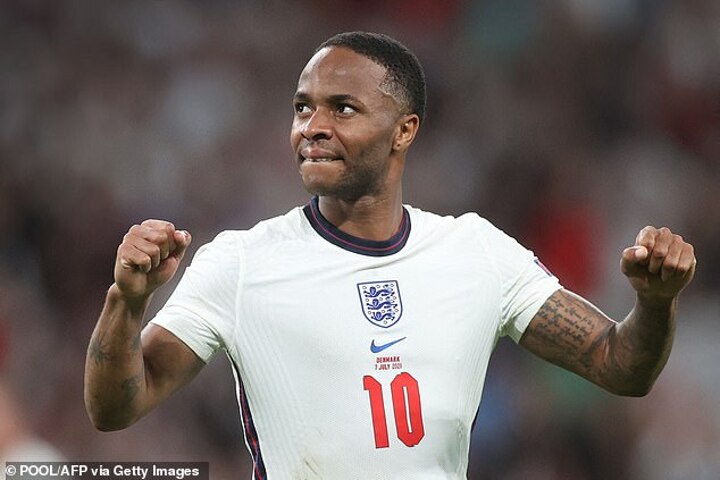 Benjamin Mendy - The talent is very much evident with Mendy, but constant injuries and distractions off the pitch have weighed heavily. Likely to start from the bench.

Ferran Torres - The young Spaniard impressed in spells last season and City will hoping he can produce more consistency.