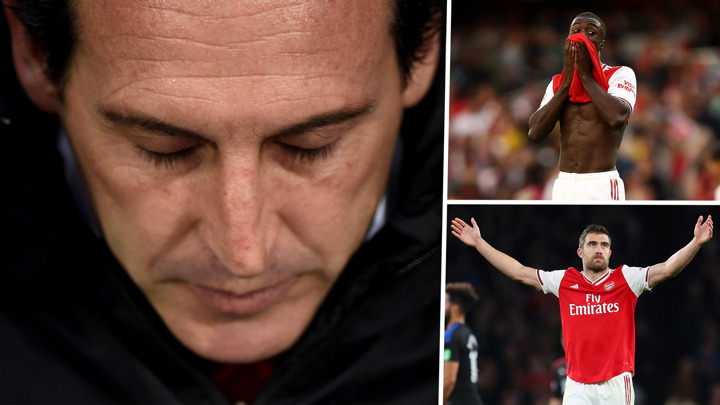 Fifth place. Four games without a win. An under-pressure manager and a trip to one of the league's most in-form teams next. It's not the best time to be an Arsenal fan.

Truth be told, there's barely any hope left, amongst supporters at least, that Unai Emery might somehow be able to arrest this recent decline and get the Gunners back to where their fanbase thinks they should be - challenging for the Premier League title.

It's over 15 years since the north Londoners last experienced winning it. From invincible to invisible.

That sunny day against Leicester at Highbury that saw the Gunners make history back in 2004 seems lightyears away, not least because the Foxes have been Premier League champions much more recently than their opponents on Saturday.

The Gunners were Leicester's main challengers for most of 2015-16 but that was the last time you could legitimately envisage them winning the title. The decline since then has been steep.

The midweek encounter with Vitoria Guimaraes was the latest nadir in a season full of them. For the fourth game in a row Arsenal took the lead before being pegged back, with Emery’s team managing just one successful pass into their opponents' penalty box all game - Pepe's assist for Shkodran Mustafi's goal. 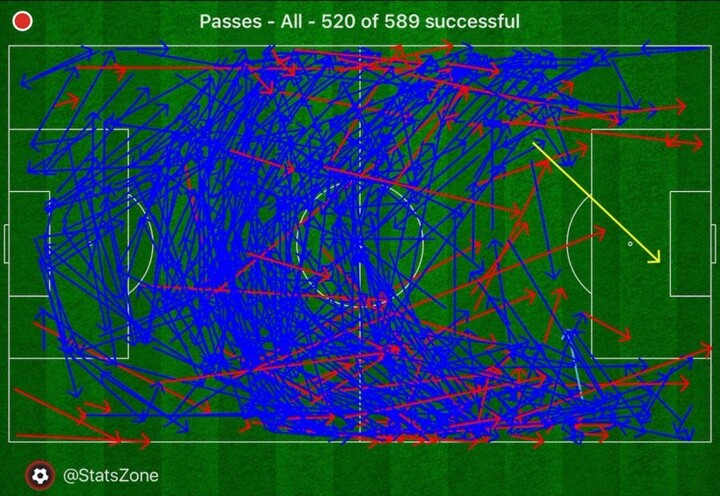 Eight shots in the entire game, one shot on target. For all the defensive woes in the latter years of the Arsene Wenger era, that side could still attack and create opportunities. That verve seems to have vanished, even as the defensive problems remain.

The numbers tell the same story. In 2015-16, Arsenal's last realistic shot at the title, they created 2.32 clear-cut chances per game, more than any other team in the Premier League that season. That fell considerably in 2016-17 but the structure of the team still meant they had a reasonable amount of shots. 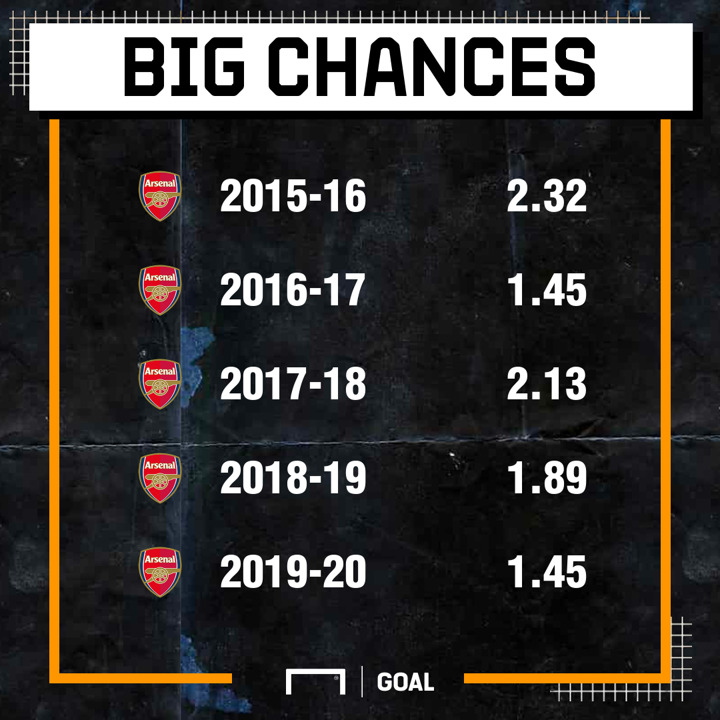 Wenger's final season, 2017-18, saw him double down in attack but with errors leading to goals running at a hideous 0.39 per game and there were few people arguing that his long reign at the club should continue.

The beginning of Emery era is stark, with the number of shots per game and shots on target per game dropping through the floor. Arsenal fans wanted a change of approach post-Wenger... but surely not this. 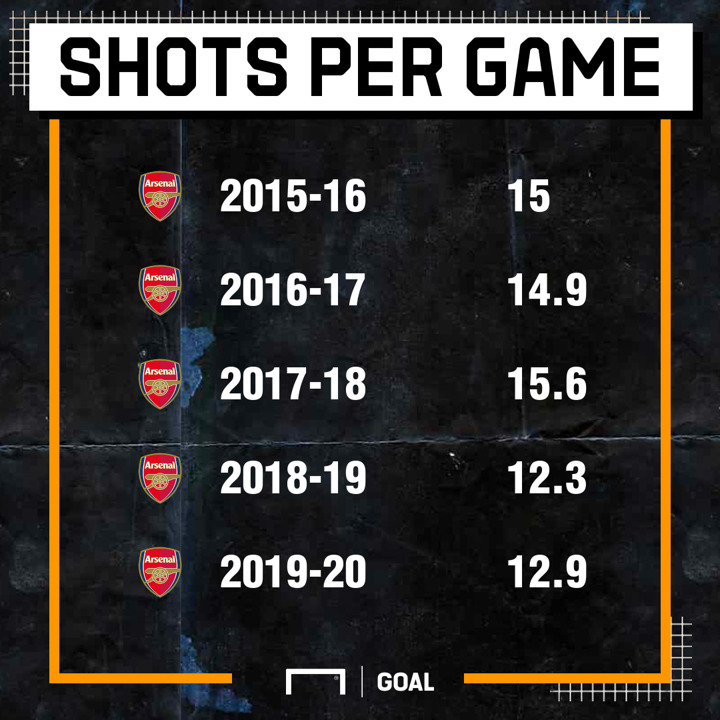 As it stands only Norwich and Aston Villa have faced more shots than Arsenal in the Premier League this season. In the Europa League, the Gunners are facing more shots per game than RZ Pellets.

Emery’s team have had fewer shots than their opponents in 10 of their 17 games this season, and have had more shots than the opposition in an away game just once - and that was against Sheffield United in a match they lost.

This time last season Arsenal were engaged in a long and misleading unbeaten run that was mainly notable for the number of substitutions Emery was making before or at half-time. Back then it seemed like it was the flamboyant shuffling of cards by a slick operator. Now? Not so much.

Coming into a football club after a legendary manager has moved on is one of the most difficult tasks in the game, just ask David Moyes. Even so, the anguish that Arsenal fans are feeling isn’t really a misplaced arrogance that they deserve to be challenging at the top, it's more the belief that they really should be doing better with the players they have.

The defence has been a known issue for a while, so why is the attack, billed as one of the league's best, now also being suppressed at the same time?

In their last 18 Premier League matches the Gunners have taken 24 points, scoring 24 and letting in 27. That’s mid-table form. This is Arsenal 2019.