Zinedine Zidane had no excuses for Real Madrid's shock 1-0 home defeat against Cadiz as he was left sweating over an injury to captain Sergio Ramos. 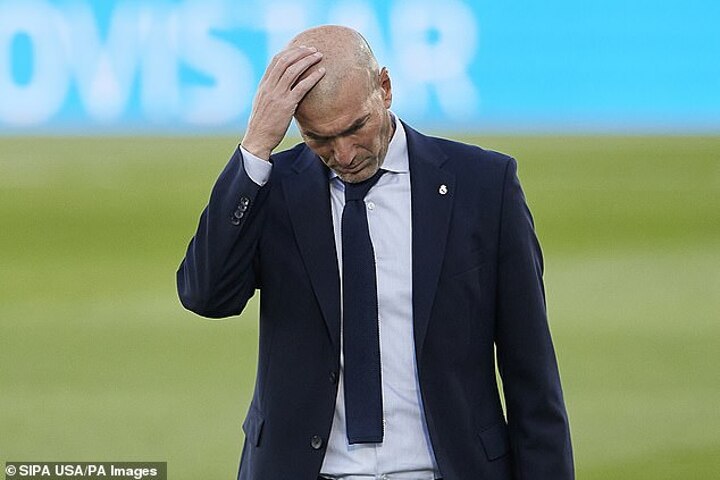 A solitary Anthony Lozano strike after 15 minutes was enough to hand the promoted side an unlikely victory and condemn Real to their first La Liga defeat of the season.

Madrid rarely threatened in attack and were fragile at the back in the first half with Sergio Ramos at fault for the goal and not appearing for the second half with a knee injury. 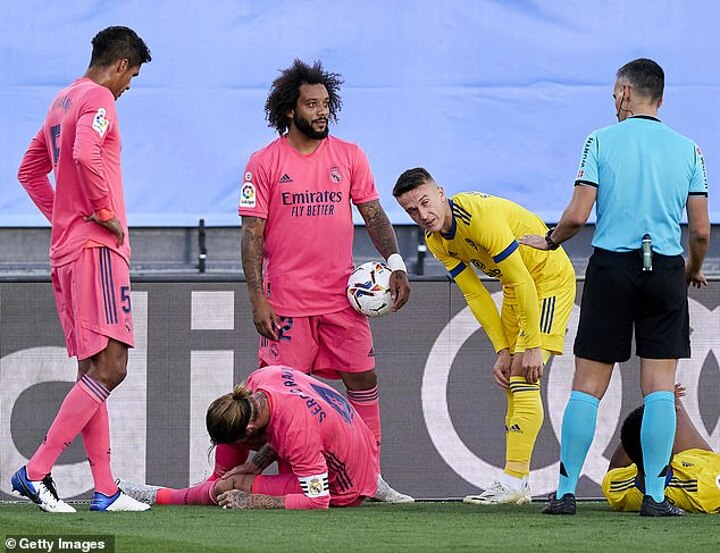 'We've got to accept defeat and that's all there is to it,' the Real Madrid head coach told an online press conference. 'We can't be pleased with ourselves and we're not, but these things can happen in football

'If you don't get off to a good start, things can become an uphill struggle and that's what happened tonight, but it's no excuse.

'We've lost a game, nothing more than that. We have now got to focus on our next game and try to turn it around.'

While the French manager's multiple half-time substitutions were clearly tactical, Ramos' withdrawal appeared to be enforced as he was seen struggling with a knock whilst still on the pitch before appearing on the sidelines with an ice strap. 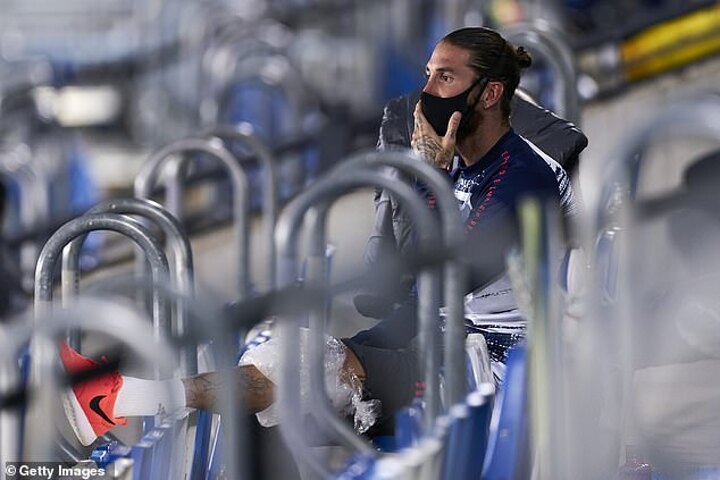 Details of the injury or length of time out are not clear but Zidane admitted he hopes it is not serious.

'It's a knock and we'll do what we have to do tomorrow to see exactly what the issue is. Let's hope it's a minor one.'