Manchester United fans have shared their reaction to reports of goalkeeper Dean Henderson moving to Nottingham Forest on loan this summer. Many fans were unbothered by the develipment, while some took jibes at the England international. 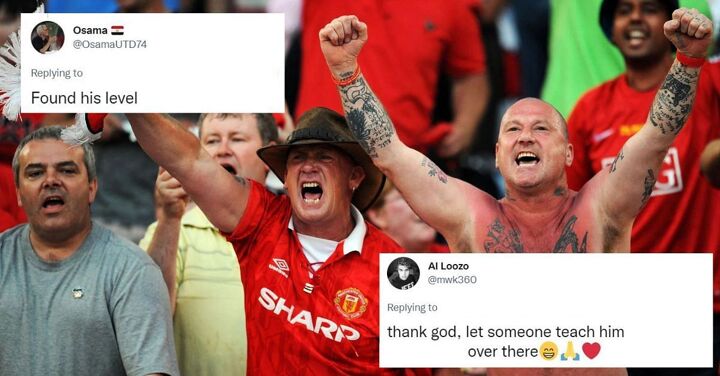 Henderson, 25, has found game time difficult to come by at United since graduating from their academy. He has been sent on multiple loan spells to Sheffield United and Shrewsbury Town over the years. He has made just 29 senior appearances for the Red Devils across competitions.

The England international stayed at Old Trafford last season, attempting to compete with David de Gea. However, the Spaniard's brilliant form meant Henderson only made five appearances across competitions.

As per The Athletic, he's now set to join the newly promoted Nottingham Forest on a season-long loan. He's likely to get more playing time with the Reds, who could see their first-choice keeper Brice Samba leave this summer.

The Congolese has expressed his desire to leave, with one year remaining on his contract. Lens are interested in signing him. That would give Henderson a chance to prove himself with more game time.

United fans, though, weren't really bothered to see the back of the England international. Here are some of their reactions on Twitter:

As per Sports Illustrated, Henderson was on a salary of £100,000 per week. According to the aforementioned Athletic article, Forest will cover his full salary for the loan period.

As per Manchester Evening News, the Red Devils are set to improve their bid to sign midfielder Frenkie de Jong from Barcelona. Their previous bid of £51.64 million plus add-ons was rejected by the La Liga giants.

Barcelona signed De Jong from Ajax in 2019 for £65 million. They want at least around £65 million plus add-ons for the Dutch midfielder.

De Jong is a priority target for new Manchester United manager Erik ten Hag, which is why the Red Devils are pushing hard to bring him to Old Trafford. The Dutch duo know each other from their time together at Ajax. Ten Hag even contacted De Jong to try to convince him to join United.

Considering Barcelona's financial troubles and their other options in midfield like Pedri and Gavi, they could let De Jong go for the right price.