After Paris Saint-Germain announced the signing of former Liverpool midfielder Georginio Wijnaldum, which was a hijacked deal from Barcelona, we're looking at 11 transfers that were dramatically hijacked by other clubs. 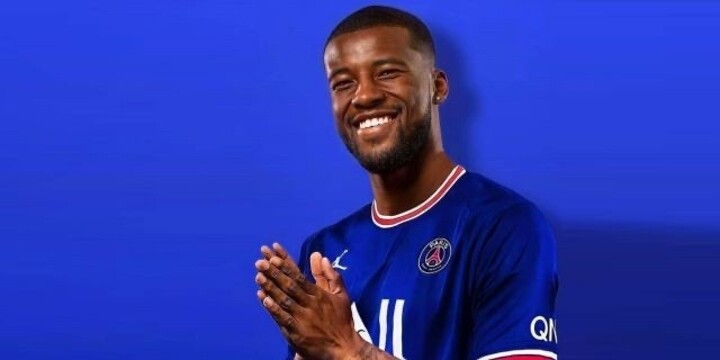 A transfer isn’t complete until you hear an official announcement or see the player wearing his new kit, but even then the deal can be hijacked.

Manchester United and Chelsea have both stolen players from under the noses of their bitter rivals, but they’ve also been on the receiving end.

Here are some memorable examples of players who were all set to join one club, only to then sign for somebody else. 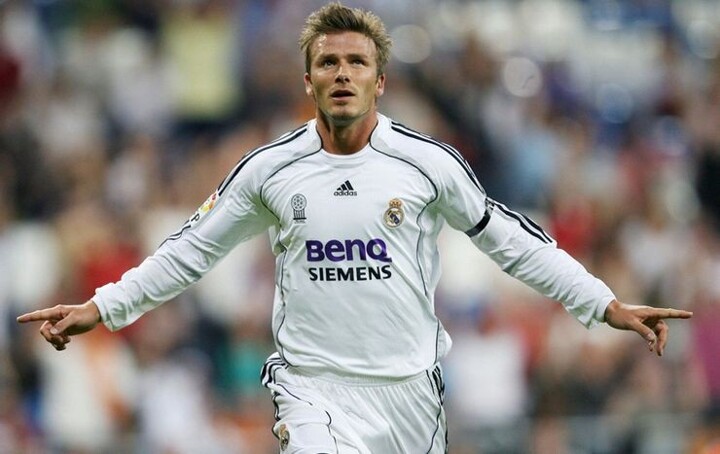 The transfer of David Beckham from Manchester United to Real Madrid was not just a hijacking in of itself, it also led to Barcelona hijacking Manchester United's move for Ronaldinho. Becks' relationship with Sir Alex had become strained and he seemed destined to leave the club in the summer of 2003. Both Manchester United and Barcelona told the press that they had reached an agreement regarding the England international, but Real made a late attempt to make Beckham the latest addition to their galácticos.

It was a bitter pill for Barca to swallow, although they arguably got the better deal later on, landing Ronaldinho. Beckham went on to spend four years at Real, which was surprisingly unsuccessful, yielding only one La Liga and one Spanish Cup title. Rather less impressive than the six Premier League titles, two FA Cups and Champions League he won with Manchester United.

Malcom was ready to join Roma in 2018 after the Italian side confirmed that an agreement had been reached with Bordeaux.

Roma fans were waiting for his arrival at the airport, but they were left disappointed when the winger failed to turn up.

Barcelona had intervened in the eleventh hour and made the Ligue 1 side a bigger offer, prompting them to pull out of their deal with Roma.

Roma sporting director Monchi threatened legal action against Bordeaux, while Malcom’s agent said the U-turn was “revenge” after the Italian club used a different agent to sign one of his other clients, goalkeeper Daniel Fuzato. 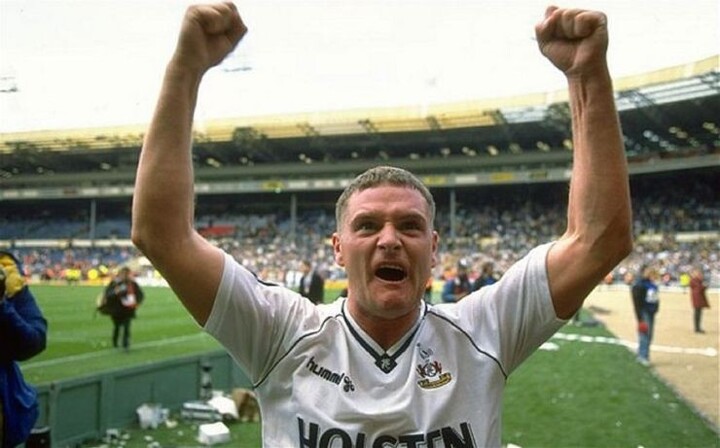 In 1988, Gascoigne was regarded as the most exciting prospect in the country and Manchester United were keen on bringing him to Old Trafford.

“We spoke to him the night before I went on holiday,” Ferguson said. “He said, ‘Go and enjoy yourself, Mr Ferguson, I’ll be signing for Manchester United.’

“So I went on my holidays but Martin Edwards (then chairman) rang and said I’ve got some bad news – he signed for Tottenham.”

Spurs chairman Irving Scholar had managed to change Gascoigne’s mind by offering to buy a £120,000 house for his parents and, crucially, a sunbed for his sister.

This is often considered a sliding doors moment in Gazza’s life amid a school of thought that Fergie would have been able to straighten out his off-field problems. Gazza is less than convinced…

Mikel was presented as a Manchester United player in a press conference back in 2005, only for Chelsea to claim that they already had an agreement with the player’s agent.

United asked the Premier League to launch an investigation into the matter and a year-long legal battle ensued between the English giants.

The Red Devils eventually agreed to terminate their agreement and the Blues got their man, though they had to pay their rivals £12million in compensation. 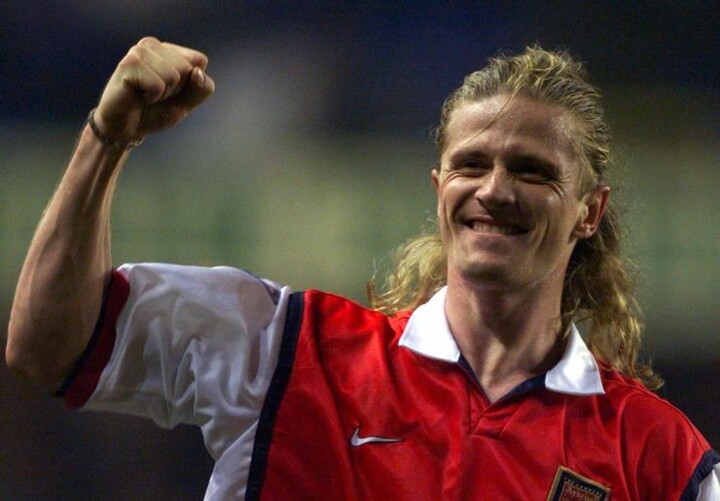 Petit travelled to north London ahead of a potential transfer to Tottenham in 1997, meeting with chairman Alan Sugar.

Spurs even paid for the taxi to drive him back to the hotel, but the midfielder decided to take a detour after hearing about Arsenal’s interest.

“Tottenham put the contract on the table for me, I needed a couple of days to think about it but they didn’t expect what happened after that,” Petit told the Daily Mirror in 2018.

“When the cab came, he took me straight to Arsene Wenger’s house, it was the first time I met David Dein and Tottenham paid for the cab to help me sign for Arsenal. It’s part of the legend now.” 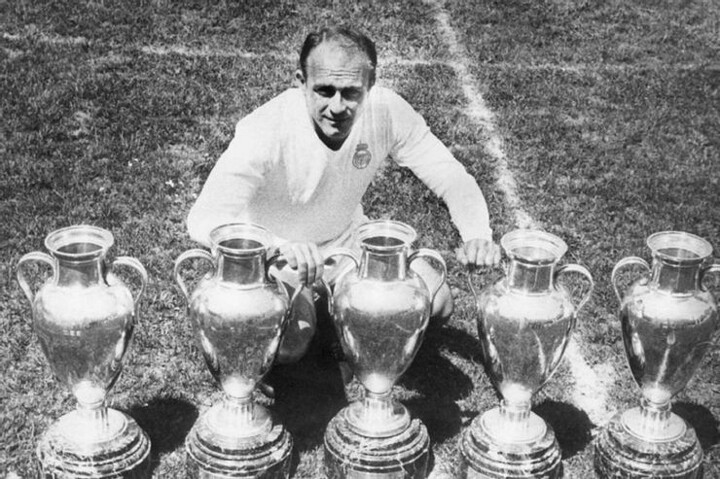 Di Stefano won eight league titles and five European Cups at Real Madrid, but things could have been very different.

The forward had agreed to join Barcelona in 1953 and even played in a pre-season friendly, but the Spanish Football Association blocked the transfer due to issues over his registration rights.

With the transfer on hold, Madrid took advantage of the uncertainty and agreed a deal with Colombian side Millonarios.

Di Stefano would be allowed to play four years in the country, two seasons with Real and two campaigns with Barcelona on an alternating basis.

The humiliated Barca president was forced to resign and the interim board ripped up the contract, freeing Di Stefano to join Real for a small fee. 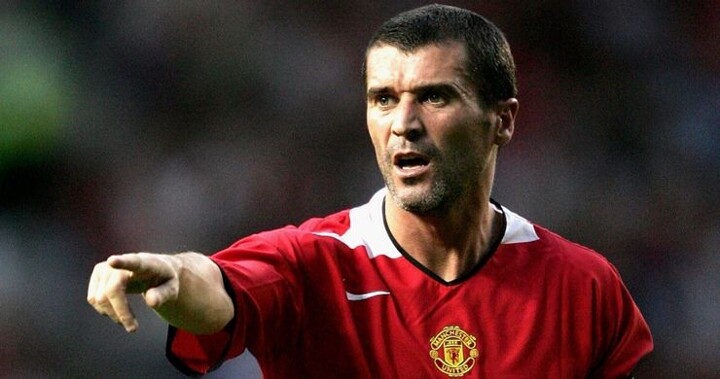 Keane announced that he would leave Nottingham Forest after their relegation in 1993, agreeing personal terms with Blackburn Rovers.

Kenny Dalglish tried to get the paperwork through late on a Friday afternoon, but the Ewood Park office had closed for the weekend and they agreed to finalise the contract on the following Monday.

Hearing of this delay, Manchester United manager Sir Alex Ferguson called Keane and convinced him to renege on his gentleman’s agreement with Dalglish.

The rest, as they say, is history.

Tottenham thought that they had won the race to sign Willian from Anzhi Makhachkala in 2013 and the winger even completed his medical.

But Chelsea owner Roman Abramovich used his contacts in Russia to hijack the deal while Willian was still at Tottenham’s training ground.

“Then we’re going in the van, on the way, get to the training centre, Kia [Joorabchian], my agent, is already down there, waiting. I thought it was weird, he was already at the door,” Willian told Brazilian TV shown Resenha in 2018.

“I stayed there for eight hours in the training centre. Tottenham’s director said, ‘I’m going to report you to FIFA, this and that, fans here in England will boo you, this and that.’

“They made up a lot of things. I got stuck there for eight hours. Then I left and I went straight to meet the Chelsea people to sort the details and sign.”

Everton looked set to sign Sissoko after matching Newcastle United’s £30million valuation in 2016 and had a private jet ready to take him to Merseyside.

But Tottenham swooped in and lured the midfielder away from Goodison Park with a sensational last-minute bid on deadline day.

Sissoko reportedly switched his phone off to avoid calls from Ronald Koeman while completing his move to White Hart Lane. 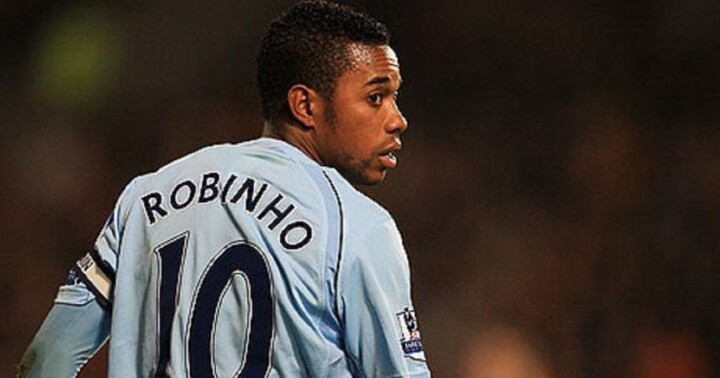 Chelsea started selling replica shirts with Robinho’s name on them before the deal was done, but they were left with egg on their faces.

Manchester City wanted to make a marquee signing after Sheikh Mansour’s takeover in 2008 and managed to sign the attacker for £32.5million.

The move came out of nowhere; it was so shocking that even Robinho didn’t seem to know who he had signed for.

“On the last day of transfers, Chelsea made a good offer for me personally, and good for Real Madrid, and it was accepted,” Robinho said, before someone pointed out his mistake.

Hamann spent seven years at Liverpool, but his spell at Bolton didn’t last as long.

Only a day after signing for the Trotters in July 2006, the club released a statement that the Germany international “had since had a change of heart” and would be joining a different club.

Speaking to Hamann in the talkSPORT studios years later, former Bolton chairman Phil Gartside said: “What you never realised was that we never actually countersigned the papers and just put them in the drawer.