Not even a global pandemic has changed the fact that many footballers' contracts come to an end on June 30, with hundreds of players across the globe free to negotiate with any club from Tuesday. 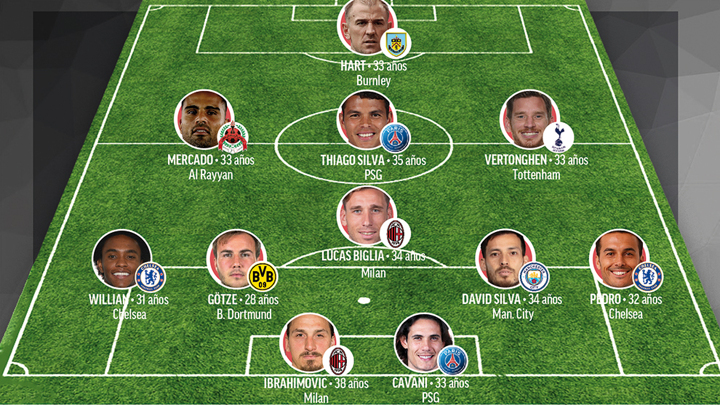 They've been able to negotiate with any club since January 1, and that has been the case for high-profile stars like Edinson Cavani, David Silva and Willian. 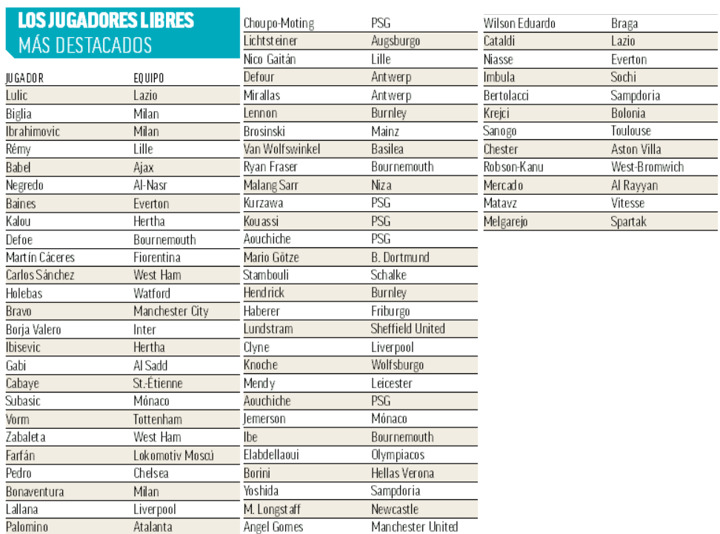 The value of these players has soared given the financial impact of the pandemic, which led to a request for clubs to finish the season with all of their original squad where possible.

"It's recommended that teams finish the season with the original squad to safeguard the integrity of competitions. This includes, among other things, the extension of loan contracts in place," FIFA said.

The organisation also requested that if a player has signed a new contract elsewhere, that they wait until the start of the next season for it to come into force.

However, the trio of Thiago Silva, Choupo-Moting and Sergio Rico will all stay for the rest of the season.

Cavani and Meunier, who has already signed for Borussia Dortmund, will depart after refusing to stay another two months.

The first player to move was Alexander Nubel, as the young goalkeeper confirmed on January 4 that he would leave Schalke for Bayern Munich, just as Manuel Neuer did before him.

Meunier has already confirmed his move to Dortmund, Ajax have agreed to sign Maarten Stekelenburg from Everton, and Augsburg have been busy by agreeing to sign three players.

Reward for Callejon and Lallana's loyalty

In some cases, this loyalty has been rewarded, as Gennaro Gattuso pointed out in the case of Jose Callejon as his team won the Coppa Italia final against Juventus.

"There are people who are ending their contracts, but you've shown professionalism, character and a sense of belonging," the Napoli coach said.

"It's not possible to find the words to describe what Lallana has brought to the team, it's fair that he has the farewell he deserves as a great professional and better person," said Jurgen Klopp of Adam Lallana as Liverpool won the Premier League title.

Not only do veterans see their contracts end, but also young players with talent such as Matty Longstaff at Newcastle United, Angel Gomes at Manchester United or Nice's Malang Sarr.

In the middle is Mario Gotze, who scored the winner in the 2014 World Cup final and is still only 28 years old.

"He needs a club that doesn't make him feel that he has to change the world in each game, then we will see the old Gotze again," his former coach Klopp said of him.

Robinho and 'the gold of Moscow'

Outside of the big leagues, Zenit Saint Petersburg are yet to agree extensions for Artem Dzyuba, Branislav Ivanovic, Daler Kuzyaev or Oleg Shatov, while Eder, who scored the winning goal in the Euro 2016 final, Manuel Fernandes and Jefferson Farfan are all out of contract at Lokomotiv Moscow.

In Turkey, Yuto Nagatomo is out of contract at Galatasaray, and Robinho and Gael Clichy are ending their contracts at Istanbul Basaksehir.